Analyst warns more than 100 kamikaze drones in development around world 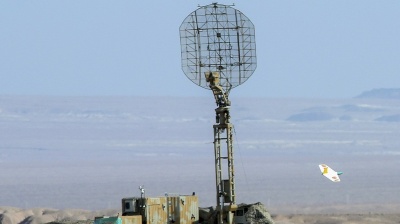 In just five years, the number of countries manufacturing and exporting kamikaze unmanned aerial vehicles (UAVs), or kamikaze drones, has exploded, warns a Carnegie analyst who has examined “the larger geopolitical shift  behind Iran’s drone sales to Russia”.

In 2017, nine countries were developing or manufacturing 26 models of such drones, also known as loitering munitions, but more than 100 models are in development or production in at least 24 countries today, pointed out Steven Feldstein, a senior fellow in the democracy, conflict and governance programme at the Carnegie Endownment for International Peace think tank.

Feldstein said: “The implications of this expansion are unsettling. In part, it is an indication of larger geopolitical fractures, as emerging states leverage digital technology and sophisticated weaponry to compete for influence and power. Many of the new entrants pay scant regard to liberal norms or international humanitarian law.

“While manufacturers from the United States, Europe, and other democracies must contend with regulatory restrictions that limit which government clients they can sell [military drones] to, Turkey faces fewer constraints, and Iran faces none at all. As a result, civilian casualties linked to drones are increasing precipitously.”

On November 5, Iran's foreign minister for the first time conceded Tehran had sent military UAVs to Moscow—but he claimed it was just a small number that were delivered prior to Russia’s late February invasion of Ukraine.

"We provided a limited number of drones to Russia many months prior to the Ukraine war," Hossein Amir-Abdollahian told reporters in Tehran.

His words brought an angry response from Ukraine’s President Volodymyr Zelenskiy. On his Telegram channel, he accused Iran of lying "even in this confession", noting that Ukraine was shooting down around 10 Iranian drones every day, despite Iran saying it had only supplied Russia with a small number.

Zelenskiy warned Iran its support for Russia would backfire, saying: "We know for sure that Iranian instructors taught Russian terrorists how to use drones, and Tehran is generally silent about it.

"And if Iran continues lying about the obvious, it means that the world will make even more efforts to investigate the terrorist cooperation between the Russian and Iranian regimes and what Russia is paying Iran for such cooperation.

"There will be no such thing in the modern world that any of the terrorists or their accomplices will remain unpunished."

Russia has used Iranian Shahed-136 kamikaze drones, with a maximum range of 2,500 kilometres (1,550 miles) to hit critical infrastructure sites across Ukraine. Consequently, rolling blackouts and electricity use restrictions have been imposed just as the cold winter weather arrives.