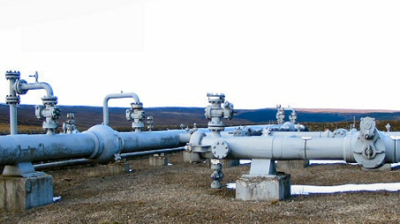 By Valentina Dimitrievska in Skopje April 19, 2016

The Albanian government said on April 18 it has started talks with the aim of renegotiating the agreement on the Trans Atlantic Pipeline (TAP) project to secure similar benefits to those enjoyed by the other countries involved in the project.

The TAP project has become one of the main engines of the country’s economic and social development in Albania. The project’s importance to the economy is already evident, just a few months after the construction of access roads and bridges for the project started. TAP will promote economic development and job creation along the pipeline route and will be a major source of foreign direct investment that it does not depend on grants or subsidies.

Negotiations on the revised agreement are expected to end soon, prime minister Edi Rama was quoted in the government statement on April 18.

He did not specify exactly what benefits Tirana hopes to secure.

The 878 km long pipeline will connect with the Trans Anatolian Pipeline (TANAP) at the Turkish-Greek border at Kipoi, passing through Greece and Albania and the Adriatic Sea, before arriving on the shores of southern Italy. Within Albania, the pipeline covers 215 km onshore and 37 km offshore from the border with Greece to the Adriatic coast near Fier.

To date, 56% of the work in the first phase of the construction of access roads and bridges has been completed, Rama said.

It is expected that the construction and rehabilitation of 100 km of roads and 43 bridges to be concluded by the end of 2016 with investments in this part of the project exceeding €60mn.

Meanwhile, stevedoring, logistics and shipping experts from several companies within Germany's EMS-Fehn-Group have started their work on the TAP project, the company said on April 18.

During the project, which is scheduled to continue into 2017, 130,000 tonnes of pipes will be shipped from German port of Brake to the Albanian port of Durres and from there via a storage area to the building site. The first pipes were loaded in Brake on March 21 and arrived in Durres eleven days later.

The third vessel has been unloaded at the terminal of EMS Albanian Port Operator (APO). Staff members from EMS Shipping, and its subsidiaries EMS APO and German Albanian Logistics Agency are actively involved in the project and provide customs clearance, unloading and trucking. A total of 13 shipments of line pipes between 12 and 15 metres long with a diameter of 1.20 metres are planned, EMS-FEHN said.

Germany will finance the initial phase of the Green Infrastructure in Tirana project with a €50mn loan, according to a statement from the German embassy in Tirana.  The project aims to ... more