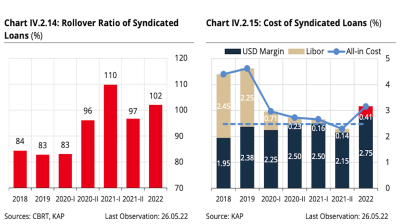 Akbank (AKBNK), the big-cap unit of Turkish conglomerate Sabanci Holding (SAHOL), has obtained a 367-day syndicated loan in two tranches of $225mn and €178mn, the lender said on October 26.

The cost of the USD-tranche stood at the guaranteed overnight financing rate (SOFR) plus 425bp. The cost of the EUR-tranche was the euro interbank offered rate (Euribor) plus 400bp.

Recently, all the benchmarks have been on the rise in parallel with the global monetary tightening trend.

In June 2023, SOFR is to replace the current USD-benchmark London Interbank Offered Rate (Libor). One-year Libor currently stands at over 5%.

Turkish banks conduct 367-day—a ‘trick’ maturity for registering loans as long-term by using two extra days—syndicated loan renewal seasons twice a year, with one season in spring (April-May) and the other in the autumn (October-November).

Across recent years, Akbank (AKBNK) has set the Turkey benchmark for the interest rates each season.

The spring season lasted from April to July. Eleven banks renewed $8bn worth of loans at a combined renewal rate of 92% with borrowing at $7bn in total.

In August this year, rumours in Turkey suggested that local banks did not want to roll over their FX debt at current costs while the government was pressuring them to at least secure an 80% renewal rate.

Akbank launched the season at a very low renewal rate. If Akbank's peers follow its path, it will mean around $2-3bn worth of capital outflows. It would not be a big deal for Turkey. Government-run banks might go for higher renewal rates.

As things stand, Turkey does not have big hopes when it comes to attracting financing from the financial industry. As a result, unfavourable loan renewals come as no real surprise. The government has been chasing up FX inflows from “friendly” countries, while the unidentified capital flows channel has lately been working overtime.

Given the situation as regards the widely doubted reliability of Turkey’s official macro data releases, syndicated loan renewals are a good indicator in following developments in the sustainability of Turkey’s external debt burden. Akbank has not provided a good signal, although a systemic default is still not seen on the cards. 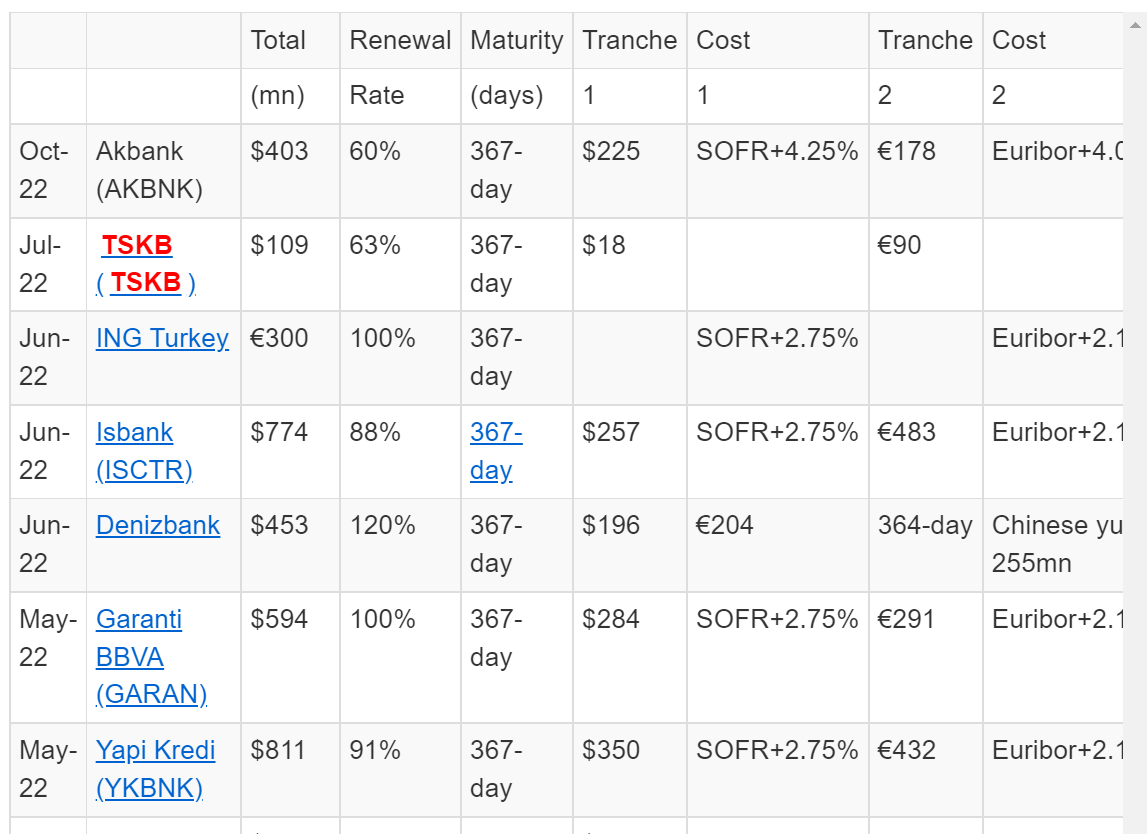 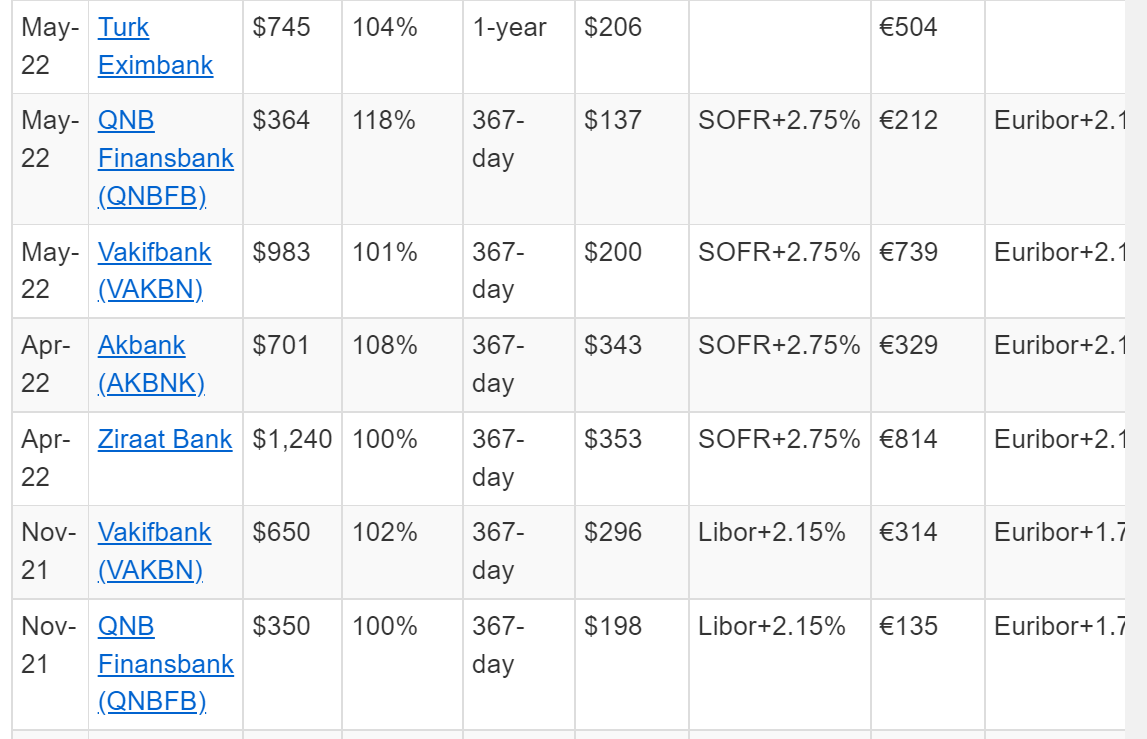 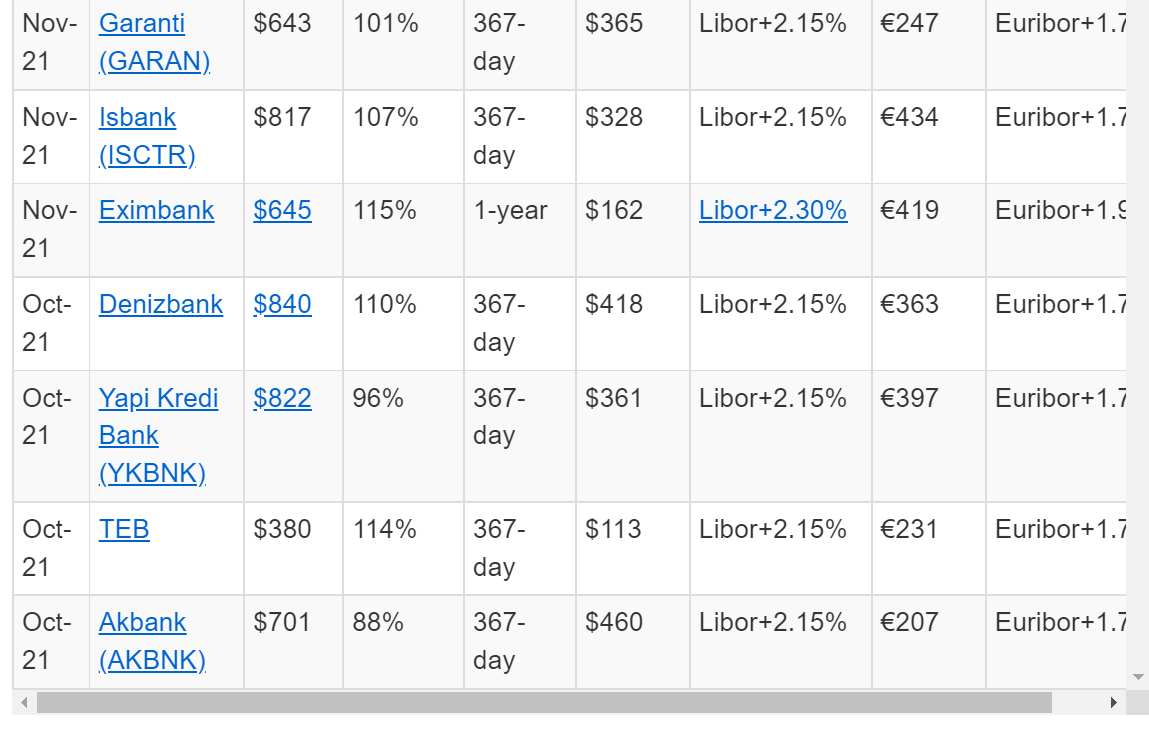