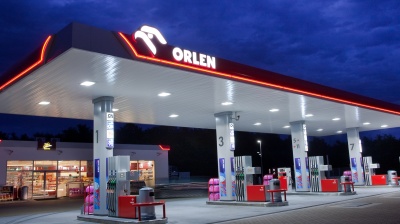 Poland’s radical rightwing government has hailed the recent acquisition spree of the country’s large and powerful state-owned enterprises (SOEs) as the “repolonisation” of the economy, but critics argue it often does not make business sense, is making the economy too state-dominated, and is being driven by a narrow party political agenda.

Orlen said the acquisition would give its retail sales drive a boost, as it would utilize big data to know its audiences better and, therefore, target them with its fuel offerings more efficiently. Critics thought a more likely explanation was that the regional newspapers and news websites would extend the Law and Justice (PiS) party’s domination of the country’s media scene.

Moreover, Orlen’s diversification into the media business is by no means the only example of the state harnessing the companies it controls for purely political goals, with little obvious business logic. Insurer PZU, for example, is an important sponsor of events and campaigns that push the government’s agenda, such as the overhaul of the country’s judiciary.

The Polska Press takeover fitted very well what Poland’s United Right tripartite coalition government, led by Law and Justice (PiS), has long been saying: State-controlled companies are not just spoils in political battles won (or lost) every election. They are the means to carry out government policies extending far beyond the individual business sectors.

The government wants the state, through the SOEs, to raise its participation in strategic sectors, including energy and banking, and then carry out government policy right across the economy. Poland’s SOEs – which already make up 11 out of the 20 companies in the WIG20 index of the largest stocks on the Warsaw Stock Exchange – are set to become even bigger and more powerful.

"As strong and dynamically developing companies, [SOEs] play a key role in the implementation of aid packages [in times of crisis like COVID-19]. These companies also contribute to the achievement of the objectives of the state's economic policy, and in times of crisis they help mitigate the effects of recession. Polish SOEs invested just over PLN37bn in 2019, 70% of all investment outlays of companies listed on the WSE," said a recent report by state-controlled bank Pekao.

Right of veto on strategic assets

The government can make a good argument for orchestrating some expansion, such as the insurance giant PZU’s investments in the banking sector, which had long been dominated by foreign entities. The percentage of Polish capital in the banking sector is now close to 55%, versus just 28% in 2008, data from Poland’s financial market watchdog KNF shows.

Proponents of the increased role of the state in the banking sector say that this enables domestic banks to have greater independence than when they are part of international groups with headquarters in other countries.

It also should make financing of strategic sectors of the domestic economy easier – even though that could be a problem as well. In Poland’s case, there is a festering problem with the coalmining industry, as Polish utilities – mostly state-controlled as well – struggle to shift away from coal-fired power generation to gas and renewables.

Although the political strength of the mining sector is not what it used to be, analysts are worried that state-controlled banks could in theory be used to prop it up.  Now it seems that fear may have been overblown and the pendulum will in fact swing the other way – also no doubt pushed by political decisions – so that the banks will support more promising industries such as offshore wind or electric cars.

Other examples of Poland using its state-controlled companies for strategic purposes include the 2017 acquisition of a 100% stake in Engie Energia Polska – the Polish business of French power company Engie – by Polish state-owned utility Enea for PLN1.26bn (€290mn).

Significantly, Enea had a distinct advantage in clinching the deal thanks to the government’s right of veto on assets deemed strategic for energy security. Poland’s Act on the Control of Certain Investments orders national security-related screening of acquisitions in high-risk sectors. This includes: energy generation and distribution; petroleum production, processing and distribution; telecommunications; media and mining; as well as manufacturing and trade of explosives, weapons and ammunition.

There was speculation last year that Warsaw was ready to block any deal should Engie try to sell to a non-Polish company. That put Engie under pressure to sell to Enea, despite competing offers from Sunningwell International and a consortium of Chinese companies.

Also in 2017, Polish anti-monopoly body UOKiK cleared the state-controlled power conglomerate PGE to take over the Polish assets of French peer EDF. Once again, the deal was seen as part of an effort to broaden state-ownership in the Polish energy sector.

Orlen, which critics of the government say is now likely to further stifle the freedom of the media in Poland, is also in the process of merging with Poland’s other, smaller, refiner, Lotos. There are also plans for Orlen to take over Poland’s oil and gas exploration and production company, PGNiG.

The government’s plan for Orlen appear aiming at creating a strong company with international importance and also one that – possibly – would be capable of taking part in Poland’s plans to build a nuclear power plant.

“The [merger with Lotos] is aimed at creating a strong, integrated company capable of better competing internationally, resistant to market fluctuations through utilisation of operating and costs synergies between PKN Orlen and Lotos Group,” Orlen said when the merger was announced in 2018.

After the European Commission cleared the merger – with a lengthy list of conditions – in July, the completion of the deal is now a matter of weeks away, Polish media report.

However, according to critics, the merger has exposed the drawbacks of boosting the role of the state in strategic sectors. For example, Orlen will need to divest a 30% stake in a Lotos refinery in Gdansk, with the purchaser having the right to approximately half of the refinery's diesel and gasoline production, while also giving the purchaser access to storage and logistics infrastructure.

PKN Orlen will also have to divest nine fuel storage depots to an independent logistics operator and to build a new jet fuel import terminal in Szczecin, which would be transferred to the independent logistics operator on completion. Meeting those demands could actually lead to a foreign entity entering the market, something that the government would have avoided simply by keeping Orlen and Lotos separate.

The attempt to build state-owned national champions has also been criticized for making the economy even more state-dominated than it already is. SOEs already represent 10% of GDP, compared to 6% in Germany and 13% in France, according to a report by Poland's neoliberal think-tank FOR.

"The role of SOEs should be a source of concern, as both the simple comparison of basic indicators and research reviews indicate that SOEs are less productive than their private counterparts. The reluctance of both the current and previous Polish governments to privatise SOEs means that they will continue to play an important role in the economy," Aleksander Laszek of FOR wrote in a recent report.

As the state-owned enterprises grow and they become more and more central to government policy, it is not out of the question that the government-business connection will become even tighter one day. There has been speculation recently that Orlen’s CEO Daniel Obajtek could become the new prime minister, replacing the incumbent Mateusz Morawiecki, who is seen as vulnerable following the government’s struggle to contain the COVID-19 (coronavirus) pandemic.