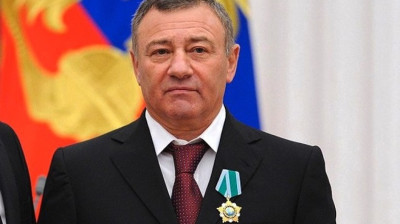 The deal is bound to raise eyebrows as Rotenberg has grown wealthy on innumerous state contracts to construct major pieces of infrastructure. At the same time since VEB was taken over by Putin confident Igor Shuvalov the bank has been tasked with overseeing the massive state-sponsored investment programme into infrastructure where billions of dollars will be spent.

The size of the stake in Mostotrest is still under discussion and may be “more than a blocking stake”, as well as a significant stake in Alexey Krapivin Group of Companies 1520 (28.33%) and its partners, Vedomosti reported. VEB is prepared to buy from 30 to 49% in each of the companies, the paper said citing people close to the deals.

If the deal with Mostotrest goes through then VEB would become the major shareholder. Currently 94.2% of Mostotrest PJSC is owned by TFK-Finance, it is 100% owned by Stroyprojectholding LLC, which is owned by Rotenberg, who is also named in the US sanctions lists.

Another commentator likened the structure to the Soviet-era Promstroibank, a federal organ that had its own authority to provided the capital for construction to firms also controlled by the state. The structure is also designed to compete with Chinese and Turkish firms that also undergo all the design and building work, but also often finance the projects using the resources of their large holding companies of ties with the state-owned banks.

VEB has already united two of its subsidiaries - the Federal Centre for Project Finance, which specialized in financial preparation of projects, and VEB Engineering, which was engaged in designing -- into a combined finance and engineering company called VEB Infrastructure.

The move might also represent a change in the way Putin is organising the top tier of Russia’s elite. As bne IntelliNews has argued elsewhere Putin has become less interested in running the country, leave the bulk of the economy to be managed by the liberal economics wing de facto headed by former Finance Minister and co-head of the presidential council Alexei Kudrin.

However, Putin has taken personal control of the very large budget funded projects like the construction of gas pipelines, which he personally controls by giving the contracts to his immediate circle of friends, the so-called stoligarchs. In this way he can control the amount of corruption and personally direct the strategically important projects.

But this model will change. Earlier this year Putin launched a massive investment programme with his May Decrees and the RUB25.7 trillion ($390bn) investments planned for the 12 national projects that will create more work than the president can oversee personally. VEB has been tasked to institutionalise what has until now been an informal system of control. In this sense it should be no surprise that Rotenberg, one of the key stoligarchs, is being asked to give up control of his major construction asset that will formally taken over by VEB.

Mostotrest is a key asset and is best known for the $4bn construction of the Kerch Straights bridge. All the companies mentioned in the possible VEB deal have worked hand in glove with the major state-owned behemoths to build essential infrastructure.

VEB has a key role in national projects and will spend a total of RUB25 trillion rubles, according to Putin, half of which will come from the budget.