Ukraine's president-elect insists on May 19 inauguration 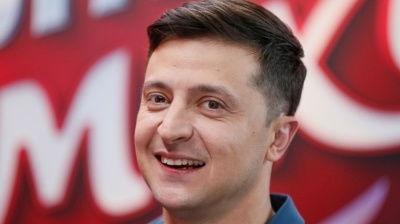 Ukrainian president-elect Volodymyr Zelenskiy has urged the outgoing President Petro Poroshenko and his loyal MPs to cease what he says are efforts to delay inauguration day, and organise the ceremony to be held on May 19.

"So far, you are active exclusively in your own interests, fearing a dismissal of the Rada and dragging out the inauguration date," he said in a statement published on May 10. "While you cling to your mandates, former President Poroshenko is doing the irreversible. He is actively reshuffling the army’s higher command, trying to install his head of the National Television and Radio Broadcasting Council of Ukraine, and appointing judges to the Supreme Court."

At the same time, the Presidential Administration rejected accusations of trying to delay the inauguration, insisting that the transfer of power is "a complicated and responsible process".

On May 2, Zelenskiy was announced the winner of the runoff with 73.22% of the vote by the Ukrainian Central Elections Commission (CEC). Incumbent Poroshenko got 24.45% of the vote in the second round on April 21.

"We need to work"

On May 4, Zelenskiy urged the chairman of the nation's parliament, the Verkhovna Rada, Andriy Parubiy, to schedule the presidential inauguration for May 19.

"I believe that the inauguration should take place on May 19. I hope that MPs will support our proposals at their meeting on May 14, because we need to work, including with the parliament," Zelenskiy said in a statement published at the time. He added that "certainty is extremely important both for the people of Ukraine and for foreign guests who have already expressed a desire to attend the celebration."

The statement followed Zelenskiy's accusations that the official announcement of the voting results had been delayed with the aim of preventing snap elections to the nation's parliament. "There is victory, but no powers. Someone hides a mace [a symbol of the presidential inauguration] from me," he said in a video message published on April 25.

The inauguration of the newly elected president of Ukraine should take place no later than June 3, according to the nation's legislation. That is later than the May 27 deadline that would allow the president elect to dissolve parliament early, which in turn would give Zelenskiy the chance to win a large share of seats in the parliament with his new political party.

On the eve of the second round that took place on April 21, Zelenskiy said that he was mulling snap parliamentary elections after his victory. "We will think about that," Zelenskiy said. "You should understand that we [Zelenskiy's team] will benefit from that."

Zenon Zawada at Kyiv-based brokerage Concorde Capital believes that Zelenskiy is actually benefiting from the inauguration being delayed because it gives him more time to form his team and programme.

"Spreading the narrative that the current administration is resisting the transfer of power works even further to his advantage. But indeed the longer Zelenskiy’s opponents delay his inauguration, the more restricted his legal capabilities are in dismissing parliament and calling early elections, a move that improves his chances to field a powerful faction to support his reforms," he wrote in a note on May 13.

The expert doesn't expect the inauguration to take place until May 26 at the earliest. "A Poroshenko Bloc MP has even submitted legislation calling for a June inauguration," Zawada added.