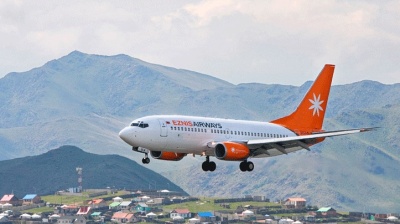 Trade journal AviationSource News has taken down an online article that cited an anonymous “concerned aviation worker” as accusing Mongolia’s Eznis Airways of flying 50 tonnes of military apparel and equipment from China to Russia on an Airbus A330 freighter aircraft.

Tomos Howells, director and co-founder of the publication, issued a statement reading: “On Wednesday December 14th, AviationSource News posted an article based on Eznis Airways’ accused links to Russian arms shipments. After further clarification from sources, as well as statements released by the Mongolian Civil Aviation Authority, we have taken down the article.

“We would like to formally apologise to Eznis Airways and the Mongolian Civil Aviation Authority for the publication of this article. At AviationSource, we always aim to produce the highest standard in content creation, and yesterday’s article was not an example of that.”

After the article was published, Eznis rebuked the claims, stating that the allegations resulted from an organised smear campaign. It said it would take legal action against the news outlet.

The Mongolian Civil Aviation Authority put out a statement saying that “requests for non-scheduled cargo flights submitted by Eznis Airways LLC are received in accordance with the regulations, and the documents announced in the Aviation Information Bulletin are prepared, ensuring the safe operation of flights in accordance with the airspace and airport capacity, and flight flow planning management services.”

It added that "Eznis Airways LLC has insured 100% of its AIRBUS A330-200 aircraft with London and equivalent international A-class re-insurers beginning November 4, 2022, including the European Union and the United Kingdom. It operates within the confines of state laws, regulations, and sanctions.

“In light of the sanctions imposed by the European Union, the United States, and the United Kingdom of Great Britain and Northern Ireland against Russia and [in relation to the] Ukraine war, if an air carrier company cargo plane lands and takes off from Russian Federation territory, the insured must notify the insurer and reinsurer of the COUNCIL REGULATION prior to the flight. The parties agreed to send the cargo list and confirm the agreement in accordance with EU) 2022/576 and Russia (Sanctions) (EU Exit) (Amendment) (No. 15) Regulations 2022.

“Before flying to Russia, Eznis Airways LLC sent the customer's cargo list to the insurers as part of the contract. Because the cargo list was deemed to be dual in nature and may violate insurer requirements, Eznis Airways LLC did not fly to Russia with the A330-200 aircraft. As a result, the information on AviationSource News and other websites is false."