Tech startup takes on Bloomberg in Russia and Ukraine 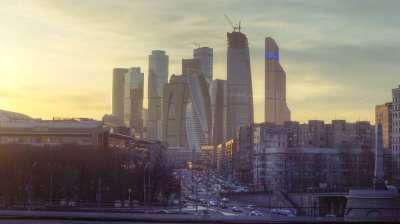 TRData, a tech startup with offices in London, Moscow and Kyiv, is attempting to challenge Bloomberg's dominance in providing market data and pricing of securities in emerging markets.

The firm, which was founded in 2008, is a communications platform providing traders, analysts and risk managers with information about 16,000 instruments daily in more obscure and less liquid markets. Customers include Barclays, Societe Generale, AIG, BNP Paribas, Deutsche Bank, UniCredit and Renaissance Capital. Premium packages cost between $300 to $500 a month, whereas rental for Bloomberg terminals starts at $1,200 a month.

The company in December raised $1.3mn in funding from Silicon Valley-based venture capitalist Dave McClure and a group of financiers from Russia's leading banks, who also use the platform. "For smaller banks, we are their only source for deals," Ekaterina Klink, who heads international growth and business development," tells bne IntelliNews in an interview from their Moscow City offices on the 16th floor of the Imperia Tower. "For the bigger banks like RenCap, Rosbank and Gazprombank, we are complimentary and we are aiming to be one of the six screens that their traders might have."

Cost-cutting is becoming an increasing priority for investment banks and brokerages and TRData hopes to benefit if institutions decide to downshift from an expensive Bloomberg or a Reuters terminal. Jamie Dimon, chief executive of JP Morgan, is preparing to rip out 1,000 to 2,000 costly Bloomberg terminals over the next two to three years, according to a report by the New York Post. Symphony, a start-up messaging and technology interface backed by Goldman Sachs and other banks, is also competing in an increasingly fragmented space.

"Our proposition is especially relevant now when there is cost-cutting everywhere," says Klink. "Sometimes smaller banks and investment companies with 150 employees don't need Bloomberg terminals because they only trade more obscure securities with certain banks and we do have all these instruments on our platform."

TRData is so far focused on providing data and pricing on more illiquid fixed income securities in Russia and Ukraine, but says it is looking to expand into other emerging and frontier markets. "The idea is to create the platform where the market players can freely exchange information on emerging markets," says Klink. "It's a similar idea to Bloomberg, but the difference is we try to cover market players who don't use Bloomberg, such as local and regional banks who also want to trade bonds and currencies."

Just like Bloomberg, or perhaps the 'Facebook of Wall Street', TRData allows users to chat, interact and access one another's profiles. A popular function is Fintote, which allows members to bet on the price of Brent oil, the dollar-ruble rate or whether the Central Bank of Russia will budge next month’s key benchmark interest rate. "People place bets on our platform and we generate infographics so they can track their bests and performance," Klink says. "You can gamble, but so far it's just for pride and not for actual money."

Clients also like TRData because it assembles analytics and research dailies from the leading banks online without clogging up their emails. "In our industry, information is key," says Boris Bruck, head of Local Markets for Central & Eastern Europe, Middle East and Africa at Societe Generale. "TRData gives me access to unique market information: it enables me to centralise and order news, research and data in such way that it offers me competitive advantage."

The firm was set up by Anton Pasechnikov, a former trader of Russian and CIS fixed income at RenCap, Standard Bank, Credit Suisse and Royal Bank of Scotland. Pasechnikov is Ukrainian and the firm's 15 developers are all based in the Kyiv office. "Anton is originally from Kyiv and everyone knows, of course, that the best coders and developers are from Kyiv," Klink says.

TRData is not yet profitable, but its membership is growing fast at the rate of 20% a month since it went through McClure's 500 Startups Distro Dojo programme last year.

Partners from McClure's firm, including former Ebay executive Matt Lerner and Diana Moldavsky, a St Petersburg native and former Yandex manager, are involved in mentoring the company to succeed in the fintech industry.

TRData is aiming to launch in the US next year and was already brought on a tour last autumn to meet investors and hedge funds, along with another accelerator company from McClure's stable.

The company may seek a further round of investment later this year and hopes to break even within two to three years. Pasechnikov is also in talks with Bloomberg about selling data on certain currencies and bonds to the US behemoth, according to Klink. "Our main goal for now is to become self-sustainable by getting more and more banks and investors on board," says Klink. "The most positive sign for us is that our users became some of our leading investors."

NEMETHY: Where are US markets? Where are they heading?
EU opens loophole for Russian gas-for-rubles scheme
PPF agrees to sell Russian banking assets