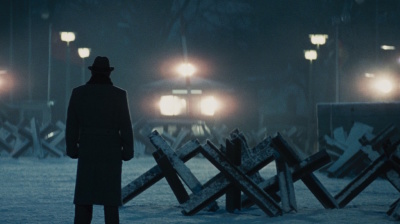 Intelligence and security officers are seconded permanently or temporarily to Russian companies and other institutions. / Photo: CC
By Mark Galeotti of the Institute of International Relations Prague April 20, 2017

Russia is now a mobilisation state, where everything from business to the arts can be dragooned to the Kremlin’s cause when it so wills. There is a particular connection between the world of business and the security agencies, with officers being seconded to companies, and corporations getting assistance from the spies. Rather than protecting national champions, though, this is actually encouraging inefficiency and stagnation.

A distinctively Russian phenomenon is the 'active reserve' system, whereby intelligence and security officers, especially from the Federal Security Service (FSB) are seconded permanently or temporarily to Russian companies and other institutions, from universities to media agencies, but are still technically working for their parent agency. They thus still have security clearance, still mingle with their old colleagues, and still get paid by the state, even while drawing a typically more generous outside salary.

The question becomes, who has their ultimate loyalty? The state clearly does this not out of the kindness of its own heart but because it wants to bind these institutions close. The active reserve officers are meant to be its eyes and ears, even while supporting national champion institutions. They also help facilitate activities that require more discretion and delicacy, whether arranging a suitable cover for a spy abroad or negotiating tribute for some public project dear to the Kremlin's heart.

Glory, honour and decorations may accrue from state service, as well as the profits of judicious corruption, but the private sector can typically pay much better. What was intended both as a lucrative perk to reward loyal and dedicated officers, as well as a way of embedding agents in the private sector, has become one more way the Russian state risks becoming privatised through the back door. These days, after all, anything from a parliamentary mandate to an arrest can be bought for the right price.

The case of General Oleg Feokostov illustrated this relationship perfectly. As deputy chief of the FSB's Internal Security Department, he apparently acquired the name of "General Fix" for his ability and willingness to sort out problems using the sweeping powers at his disposal. When Minister for Economic Development Alexey Ulyukaev took a stand in opposition to Rosneft's plans to buy a controlling stake in Bashneft, he became a problem for Rosneft's notoriously vengeful president, Igor Sechin. Feokistov reportedly initiated the investigation that led to Ulyukaev's midnight arrest on corruption charges in November of last year.

Feokistov then arranged an active reserve transfer, not so much a golden parachute, as a golden sidestep into, coincidentally enough, Rosneft, as a vice-president and the head of its security service. One FSB officer, whose career has been in the – incidentally much less lucrative – counter-terrorism sphere, bitterly described this as "a lot more than thirty pieces of silver".

He only had a little time to count them, though, as in March he was not only dismissed from Rosneft but also from the FSB. Setting up Ulyukaev alarmed too many within the elite. Besides, breathless – and inaccurate – accounts that Sechin essentially ran part of the FSB peeved and provoked its director, Alexander Bortnikov, enough that he needed to demonstrate his authority.

As embedded officers come to identify with their new homes, whether for sentimental or pecuniary reasons, this even raises the spectacle of state security assets being deployed on both sides when companies clash. In one case in 2016, in which my source didn't want the names disclosed, his company's active reserve secondee used his contacts back in the FSB to collect kompromat – compromising material – on the CEO of a rival, which was contesting their award of a contract. It then emerged that their phones were meanwhile being tapped, courtesy of their rival's similar asset.

Of course it is not unusual for national champions to be supported by intelligence services and security agencies. Gazprom, Lukoil, and other major hydrocarbons companies, as well as any substantive player in the defence-industrial complex, has a FSB cell attached to it as a security asset and liaison unit.

Likewise, the Foreign Intelligence Service (SVR) routinely acts in support of major overseas bids. When Rosatom was contending for the Czech Temelin nuclear reactor contract, for example, the level of Russian espionage assets deployed to try and help them clinch the deal was infamous and helped contribute to Prague's decision to shelve the whole project in 2014.

Furthermore, having lost in the 2011-12 competition to land India's multi-role combat aircraft contract, now that it is being reopened, it is common knowledge in Moscow that the SVR is gearing up to do what it can to support the Russian bid. Of course, it is not as though their French, American and other rivals will not have their own government's assistance.

Overall, the impact of the close relationship between corporate and covert institutions in Russia matters much more at home than abroad. Internationally, they may be more commonly used in support of Russian companies, and perhaps more carnivorous in their methods, but the spooks fit into the same broad patterns as their foreign counterparts.

Domestically, though, the increasing ease with which corporate players can, in effect, rent the services of the FSB in particular cannot help but be a concern. It distorts the market, especially in the interests of the rich and the well connected. It also furthers the culture of corruption within the security agencies, something that will be hard to reverse. In good times, when the state is strong and the money plentiful, this may not mean much. However, when the state is weak or, as now, distracted and uncertain, and when the economy is not doing well, then it is another matter.

Russia's greatest economic challenges, after all, involve breaking out of inefficient and positively dysfunctional old patterns, of encouraging innovation and entrepreneurship. By allowing the old beasts to protect themselves from hungry young rivals with the shadow power of the state security agencies, the Kremlin is once again implicitly furthering stagnation.