Spy accusation scandal breaks out over IIB's move to Hungary 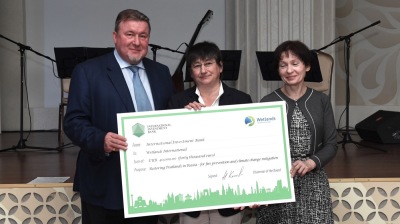 The multilateral development bank, International Investment Bank (IIB), has moved its headquarters from Moscow to Hungary and provoked accusations that it will become a nest of spies used by Russian security forces as “a base to conduct European intelligence operations,” according to a report in the New York Times and local media.

At first glance IIB’s deal with the Hungarian government looks a bit suspicious, as the bank’s employees will be granted diplomatic immunity, but as Russia only owns about 40% of the bank it is not answerable to the Russia government nor will it be under the supervision of the central bank of Hungary.

“IIB can never be a “Russian bank” or “Hungarian bank” as it does not comply with national jurisdiction of any country,” IIB said in a statement denying the accusations.

The bank is effectively governed by its compliance with the international financial bodies such as anti-money laundering watchdog, the FATF, and the “central banker’s central bank,” the Basel Committee for Banking Supervision, as well as the OECD.

That is because IIB is a multilateral development bank (MDB) like the European Bank for Reconstruction and Development (EBRD), International Financial Corporation (IFC), the Asian Investment Bank and their ilk, with a mandate to help its members’ economies develop by investing into things like infrastructure, renewable energy and supporting small and medium-sized enterprises (SME) with credits. In June last year IIB financed a €40,000 project to reduce the fire hazard from peatland – a serious summer problem for countries like Russia.

It's normal for MDB staff to be granted “technical” diplomatic status as they are in theory non-commercial organisations and owned, as in this case, by governments, not private investors.

Indeed, chairman of the IIB board Nikolay Kosov and other senior staff enjoy diplomatic immunity in Russia as well as in Hungary, despite being Russian nationals – a highly unusual setup in the diplomatic world, except for MDB bankers, as diplomats usually lose their diplomatic status when they return home; immunity is supposed to protect them from pressure being applied by a foreign power while they are in-country.

Set up in Soviet times to foster cooperation and trans-border investment amongst the Comecon countries, the bank has been remaking itself since 2012 as a modern international financial institution (IFI).

Previously headquartered in Moscow, the bank’s IFI status means it was exempted from the financial sanctions imposed on Russia by the EU and US in 2014.

The bank was founded in 1970 based on the intergovernmental agreement establishing the IIB and its charter. The current nine members/shareholders of the bank are Bulgaria, Cuba, Czech Republic, Hungary, Mongolia, Romania, Russia, Slovakia and Vietnam.

Designed as a sort of EBRD of the USSR, the bank was tasked with overseeing the development and integration of its member states. Russia is a minority shareholder in the bank, which is more than 50% owned by European Union (EU) countries.

Russia does not control the bank as the “decision-making process is fully transparent and fair due to the “double majority” principles applied during voting,” which means the other board members can effectively veto any decision Russia might try and force on the bank. Currently EU citizens are in the management board majority holding four out of six seats.

Like all Soviet institutions it was thrown into chaos in 1991 and for the next two decades struggled to get back on its feet.

This correspondent took the bank’s first ever interview with the western press, published in The Banker in the noughties when its business started to recover. However, the bank was plagued by problems of mismanagement and corruption until the management was changed in 2012 and Kosov took over.

The NYT insinuated that IIB's move to Hungary makes no business sense and so it has to be some kind of Trojan horse. It cited numerous “western experts” and intelligence agents, but named only two Hungarian academics and one Hungarian opposition politician.

“It’s very difficult to say why this bank is coming to Hungary now. It doesn’t appear to be based on economic considerations, rather political,” said Julius Horvath, an economics professor at Central European University in Budapest, cited by the NYT.

However, half the bank’s business is based in the EU and more than half its funding comes from the region.

The move could not be made without unanimous approval of the multinational board of directors and was also marked as credit-positive by the international ratings agencies, which recently gave the bank a A-grade investment rating.

Kosov is a distinguished Russian banker and former diplomat and part of his reform plan for the bank, now in its second phase, is to refocus its efforts and concentrate more on the Central European members, hence the move to Hungary.

Smaller than its more famous colleagues, IIB also benefits from its tighter focus, as it gets deeper into the woodwork, Kosov explained to bne IntelliNews in an exclusive interview “IIB stays relevant”, especially in areas like SME and trade financing where it works hand in glove with local partners.

More than 50% of the loan portfolio is focused on the European Union and more than 60% of long-term funding originated from European investors.

The bank is also partnered with the bigger MDBs, who come to IIB for its local expertise and also as a vehicle to increase resources to a country and sector when their own mandate for direct involvement is reached – all standard practice in the MDB world which is more of a family than a business.

IIB receives no funding from any of its governmental shareholders – specifically IIB gets no funds from the Russian government, as it is not part of the government apparatus.

In September 2016 IIB issued its debut Romanian bonds – the first fixed income issue on the local market by a foreign entity. It also issues ruble denominated bonds on the Russian market

In general the bank is trying to raise capital in the markets in which it works in the local currency as not only does this spur the development of the local capital markets but it also nixes FX risks.

The international press raised the spectre that IIB will be used by the Russian government to dodge sanctions imposed on Russia by the US and Europe. However, the bank again points out that it is not a Russian bank and was specifically cleared of sanction risk by the international ratings agencies.

“The Bank’s shareholders are nine sovereign states, five of which are members of both the European Union and NATO. Being an international development financial institution IIB is not subject to any sanctions,” the bank said in its statement.

As for the spy accusations, it seems that anyone with a Russian accent can be accused of being a spy.

Last November the Express ran an article last year entitled “Half of Russians in London are SPIES: Shock report shows Russia still has Cold War mindset,” that was widely ridiculed as being nonsense and highlighting that it is many amongst the international media that have the Cold War mentality rather than the Russians. The NYT raised the same claim, tellingly using the passive voice and so failing to attribute this claim to anyone in particular.

“IIB is considered to be the Trojan horse of the Russian secret service. IIB is considered as the top organ of Russian intelligence,” wrote NYT correspondent Matt Apuzzo, who has made spurious claims against other Russian organisations, such as an attack on fertiliser producer and investors’ darling Phosagro, in the past.

IIB emphatically rejects this statement. For almost 50 years of IIB existence, no cases have been registered when any of the bank’s employees have been accused in activities incompatible with the status of an international official, the bank says. “There is a high-quality international team currently working at the Bank with specialists from nine different countries,” the bank added.