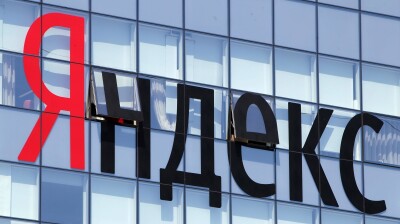 Russian internet major Yandex is negotiating an acquisition of retail chain Azbuka Vkusa, according to The Bell's unnamed sources. As followed by bne IntelliNews, Russian retail sector is currently in rapid consolidation. In the meantime, Yandex is seen as potentially emerging as a leader in e-commerce in the medium term.

Russia's most valuable digital and internet company most recently was said to be considering buying online fashion assets. Reportedly, another potential acquisition of Azbuka Vkusa could bring synergies to Yandex e-grocery service Yandex.Lavka.

Both companies are targeting a premium audience, and Yandex.Lavka is actively developing its ready-made meal segment, which is one of Azbuka Vkusa’s key areas of expertise. In addition, merging with Azbuka Vkusa should help Yandex.Lavka to improve its purchasing terms, according to The Bell.

The two companies already co-operate in foodtech, with Yandex.Lavka selling ready-made meals from Azbuka Vkusa. Yandex.Eats and Azbuka Vkusa also signed a strategic agreement on express delivery at the beginning of June.

"If the deal goes ahead and YNDX pays a reasonable multiple (i.e. not higher than where Russian food retailers currently trade), we think it could be mildly positive for the stock," Sova Capital commented on June 11.

Sova sees the potential acquisition as confirming Yandex's strong commitment to e-commerce and to FoodTech in particular, as well as "reiterating the company’s willingness to move fast and use inorganic tools to quickly reach critical mass and get a jump on the competition".

According to Azbuka Vkusa, founders Maxim Koshcheenko and Oleg Lytkin own 42.6% (25.5% and 17.1% respectively). Millhouse and Invest AG, in which Roman Abramovich and Alexander Abramov are the respective beneficiaries, own 41.1%. VMHY, which is owned by Expobank’s former co-owners, owns 12%, while the rest belongs to Azbuka Vkusa’s management.

At the same time, a potential side-effect of the deal is that it could lead to questions about governance, as Azbuka Vkusa is co-owned by Yandex own investors, Sova Capital warns.

Sova reminds that Ervington Investments Ltd, which lists Roman Abramovich as its ultimate beneficiary, and Treliscope Ltd, a company that belongs to Alexander Abramov and Alexander Frolov, participated in Yandex private placement in June 2020, each purchasing about 4.06mn Yandex Class A shares (circa 1.1% of Yandex current shares outstanding).

"Based on its RAS results, this would imply a potential EV range of RUB17-19bn and an equity value of RUB 6.1-8.1bn for Azbuka Vkusa," Sova estimates, while reminding that Yandex had RUB231bn in cash and equivalents as of March 31, including RUB24.5bn from Yandex.Taxi. Sova Capital reiterated a Buy call on Yanex shares.

To remind, in 2021 Yandex for the fifth year in a row topped the list of the most valuable tech and internet companies with a valuation of $23bn. Apart from e-commerce, its investment case now rests on developments in transportation and foodtech, with the developed ecosystem seen as a key advantage.