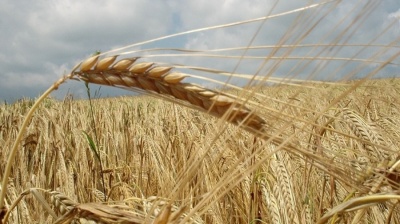 Russia suspended the Istanbul grain deal signed in July that allowed Ukraine to export its grain around the world on October 30, claiming Ukrainian had carried out a “massive” terrorist drone attack on Russia’s Black Sea fleet and was “threatening the security of the grain corridor.”

The Russian Foreign Ministry claimed that using the humanitarian corridor created under the ‘Black Sea Grain Initiative’ for exports of Ukrainian grain as a cover, the Ukrainian military had conducted a “massive drone attack” from the air and sea on the ships and infrastructure of Russia’s Black Sea Fleet at its naval base in Sevastopol.

"The marine drones were moving in the safe zone of the 'grain corridor'," Russia's defence ministry said, adding it had recovered some of the drones' debris from the sea and they contained Canadian components. The Russian army claimed to have destroyed nine aerial and seven marine drones in an attack on the port earlier the same day.

"In connection with the actions of the Ukrainian armed forces, led by British specialists, which targeted, among others, the Russian ships ensuring the functioning of the said humanitarian corridor (which cannot be defined otherwise than as an act of terrorism), Russia cannot provide security guarantees for the civilian dry cargo vessels participating in the ‘Black Sea Grain Initiative’ and suspends its implementation from today and for an indefinite period," the ministry said.

US President Joe Biden called Russia’s decision to end the deal "purely outrageous", while Secretary of State Antony Blinken said Moscow was "weaponising food." On the same day, the EU urged Russia to "revert its decision." Russia called for an emergency UN meeting to discuss the issue.

The UN-backed joint co-ordinating centre (JCC) that has been organising the exports said in a statement that no traffic was planned for October 30.

The United Nations Co-ordinator for the Black Sea Grain Initiative, Amir Abdulla, reported that Russia had notified him earlier Saturday of "its concerns about the safety of movements of merchant vessels" under the agreement.

"A joint agreement has not been reached at the JCC for the movement of inbound and outbound vessels on 30 October," it said in a statement as cited by the newswires. "There are more than ten vessels both outbound and inbound waiting to enter the corridor." Ukraine and the UN have urged that the agreement remains in force.

Turkey's defence ministry later on Sunday, 30 October, said ships would not leave Ukraine for the next days but Turkey would continue checks of ships in Istanbul carrying Ukrainian grain "today and tomorrow." It also said Russia had formally notified Turkey of its suspension but "Russian personnel remained at the co-ordination centre" in Istanbul.

"I call on all states to demand that Russia stop its hunger games and recommit to fulfilling its obligations," Ukrainian Foreign Minister Dmytro Kuleba said on Twitter, adding the the Black Sea explosions were "220 km away from the grain corridor."

The breakthrough deal was brokered by Turkey and the UN, and allowed vital grain deliveries to take place and so head off a potential global food crisis. Russia’s blockage of Ukrainian grain exports had also driven up wheat prices to record levels and so fuelled inflation around the globe.

The deal was due to expire after 120 days in the middle of November and the Kremlin has been signalling for weeks that it would not renew the agreement. But the Kremlin pulled the trigger early in retribution for a unmanned waterborne drone attack on Russian naval ships in its Black Sea naval base home port that reportedly sunk the fleet's flagship.

Ukraine's maritime grain exports were halted Sunday after Russia suspended its participation in a landmark agreement that allowed the vital shipments, blaming drone attacks on its ships in Crimea.

After months of Ukrainian grain being locked up in the country’s silos, the deal allowed some 9mn tonnes of grain to leave the country from the 50mn tonnes Ukraine typically exports each year that earns the country a badly needed circa $20bn a year.

Ukrainian President Volodymyr Zelenskiy called the Russian move "an absolutely transparent intention of Russia to return the threat of large-scale famine to Africa and Asia."

"Just today, more than 2mn tonnes of food are in the sea. This means that access to food has actually worsened for more than 7mn consumers," he said in his nightly address as cited by the Moscow Times.

Russia and Ukraine’s grain production only accounts for 0.9% of global grain production, but it accounts for 30% of the global trade in grain. The countries of North Africa are particularly dependent on Russian and Ukrainian imports and cutting off the flow of grain threatens them with famine. However, the North African trade has only accounted for 2% of the exports since the Istanbul deal was signed, with over 50% of Ukraine’s exports going to developed counties in terms of volume. 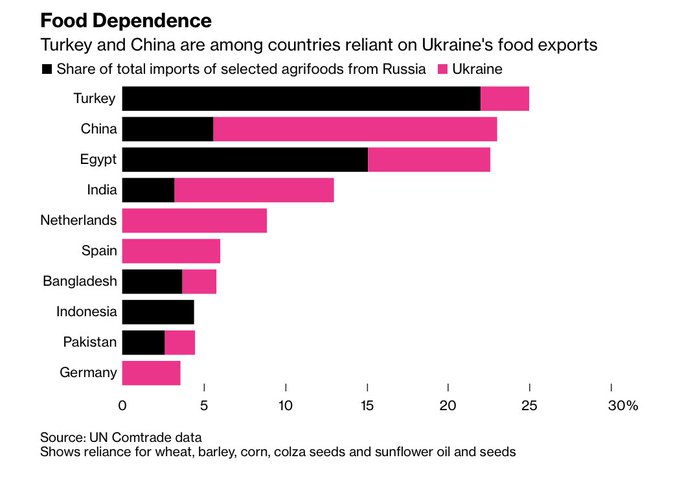 In a new twist to the military action, the Kremlin that the UK had played a significant role in the Sevastopol drone attacks. Moscow alleged British "specialists" based in the southern Ukrainian city of Ochakiv had helped train Ukraine’s forces to carry out the strike.

Thousands of Ukrainian troops are currently training in the UK under a deal offered by former British Prime Minister Boris Johnson. The Ukraine government also signed off on a GBP1.3bn ($1.51bn) naval upgrade deal with the UK last year.

Russia also said the same British unit was involved in explosions at the end of September that destroyed the Nord Stream gas pipelines in the Baltic Sea.

The UK has denied both claims, saying "the Russian Ministry of Defence is resorting to peddling false claims of an epic scale."

Russia's foreign ministry spokeswoman Maria Zakharova said a day earlier that Moscow would raise the blasts and the alleged drone attack at the UN Security Council slated for October 31.

The cancellation of the grain deal comes as no surprise, as Moscow has been signalling for weeks that it was unhappy with the arrangement and had already begun to restrict exports in October by delaying inspections.

“As this chart shows, Russia has started to hinder Ukraine’s grain exports already in October. So its exit from the deal yesterday is hardly surprising, and the excuses it uses are just that – made up excuses, not the real reason,” Evghenia Sleptsova, an analyst with Oxford Economics, said in a tweet. 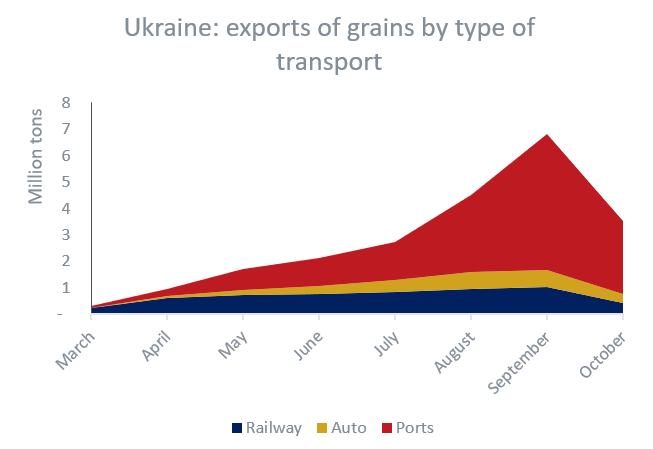