Russia strikes back with counter sanctions in an escalating economic war, banning commodity exports for the rest of 2022 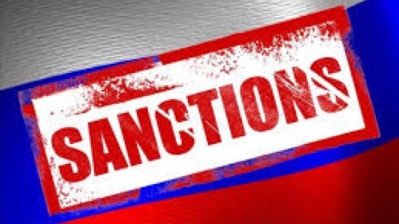 Russia strikes back with counter-sanctions in an escalating economic war, banning commodity exports for the rest of 2022. / wiki
By bne IntelliNews March 9, 2022

Only hours after the US announced a ban on oil imports from Russia, Russian President Vladimir Putin struck back with counter-sanctions that will ban the export of Russian commodities until the end of 2022.

"In order to ensure the safety and smooth functioning of the industry, I decide ... to ensure the application of the following special economic measures until December 31, 2022," Putin said in a statement released by the government.

According to the decree, the restrictions will not affect goods and raw materials that Russians, foreigners or stateless persons will import or export from the country for personal use.

The Kremlin warned that the West risks chaos on the commodity markets where prices for many staple inputs are already spiking, highlighting that oil prices in particular could rise as high as $300 per barrel.

Oil prices have already risen to over $140 per barrel, just off their all-time high of $147 set in June 2008. Gas prices have also been soaring, rising to a fresh all-time high on March 7 of over $3,000 per thousand cubic metres and jumping again on March 8 to above $4,000 – twice last year’s peak prices and 16 times higher than normal prices before the crisis began.

In retaliation for the Russian oil and gas imports embargo enacted by US President Joe Biden, on March 8 President Vladimir Putin signed a decree enforcing the restriction of Russian commodity exports. On March 8 a bipartisan group of US senators introduced a bill to prevent Russia from liquidating its gold to withstand biting sanctions.

As bne IntelliNews reported, the West has launched an economic war on Russia, hitting it with some of the toughest sanctions ever that are specifically designed to “undermine Russia’s economy,” according to EU President Ursula Von der Leyen.

As followed by bne IntelliNews, President Biden has stepped up US sanctions against Russia's military invasion of Ukraine, announcing an embargo on imports of Russian oil to the US. At the same time, Biden said he understands that allies in Europe would not be able to join the ban on Russian oil and is mindful of the impact on gas prices at the pump at home.

Russia has now hit back with equally harsh sanctions as this economic war escalates.

Putin's March 8 decree allows for "special economic measures" until December 31, 2022, including curbs on imports and exports of goods and/or commodities to the countries to be determined by the Russian government within two days.

Curbs on commodity exports from Russia could have devastating effects on global markets. Besides oil and gas, Russia accounts for about 40% of global palladium supplies, and is also a major supplier of nickel, aluminium, zinc, as well as wheat and corn.

Russia is a major producer of the PGM (platinum group) metals, which are crucial in the production of catalytic converters and the batteries that power electric cars and so a ban on PGM and nickel exports could have a major impact on plans to develop the EV market.

Russia is the world's biggest exporter of grain in a world that is already suffering from food price inflation thanks to the disruption of supply chains caused by the coronacrisis. Wheat prices are already at decade-long highs and at the same level as the price surge that sparked the Arab spring. As bne IntelliNews reported, any disruption of grain experts could cause a major food price shock.

Russia had already banned the exports of fertiliser earlier this year due to shortages on the domestic market. This has already hit European farmers hard that are also heavily dependent for fertiliser imports on Russia, one of the world’s major producers of potash and nitrogen-based fertilisers.

Neon is another major export from Russia that is essential in the production of chip technology and could add to the current shortage in the market of microchips that has been hampering car production.

Among the more extreme options is that Russia could cut Europe off from its gas supplies, which would plunge the Continent into a major energy crisis. Despite the deteriorating relations European imports of Russian gas have increased in the last year as the EU’s own production of gas has gone into steep decline in the last two years as some major gas fields in the Netherlands in particular went offline.

As reported by bne IntelliNews, Ukraine’s gas pipelines, fields and especially its storage facilities are all in danger of getting caught up in the war that separately could cause major disruption to gas deliveries from Ukraine and severely limit the amount of gas that goes into storage ahead of the coming winter that will independently cause an energy crisis from any ban on exports.

Previously the Kremlin reciprocated the Western sanctions with a list of the "unfriendly countries", following a decree by President Vladimir Putin allowing Russian debtors to pay their foreign creditors from "unfriendly countries" in rubles. The list includes all G7 and EU nations, as well as Ukraine.

Some investors are worried that the escalating economic war and Putin’s willingness to ban the export of its main money earning commodities will make it impossible for Russia to meet bond redemptions coming due in March, which will lead to a default.

The details of what commodities will be banned from export and under what conditions have yet to be released but they are expected to be announced in the next two days.

The central bank has been accumulating physical gold as a growing part of its reserves, most of which is physically located in Russia and beyond the reach of sanctions. Russia had $132bn of gold in the last reported numbers which now makes up over a third of its entire reserves.

US senators are now trying to cut Russia off from this source of hard currency too with new legislation introduced on March 8.

The sanctions against Russia have frozen the country's foreign exchange assets, but its stockpile of gold could be a lifeline. A measure to close the loophole is yet another indication Congress is looking to get ahead of the Biden administration on punitive measures against Russia.

The bill attempts to snarl up gilt markets and make it difficult for Russia to sell gold by applying secondary sanctions to any American entities knowingly transacting with or transporting gold from Russia’s central bank holdings, or selling gold physically or electronically in Russia.