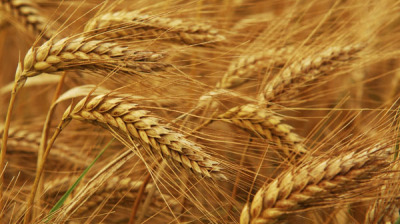 Russia bans export of wheat and other grains until July to contain food prices on the domestic market after export quotas were already reached in mid-May / wiki
By Ben Aris in Berlin April 28, 2020

Russia, has capped grain exports until July after government export quotas were reached to head off a spike in food prices on the domestic market, the Ministry of Agriculture announced on April 26.

Earlier this month, the Russian government approved seven-million-ton caps on exports of certain crops. The restrictions, intended to secure the domestic food market, apply to such essential crops as wheat and maslin, rye, barley and corn.

The new quotas are effective from April 1 to June 30, and members of the Russia-led Eurasian Economic Union are excluded from the restrictions. These allowances have been used up rapidly and were finally “fully exhausted” on April 26, according to the Ministry of Agriculture.

Reaching the threshold does not warrant an immediate ban on exports or suspension of grain imports, as traders usually file customs declarations in advance. In fact, shipments are still in progress and are not expected to stop until at least the end of May.

According to analysts’ estimates, actual April exports will stand at around four million tons of grain, including over three million tons of wheat, and the rest of the shipments go to their buyers next month. Thus exports may not actually be halted before June.

“The world is not going to be left without Russian grain,” Oleg Sukhanov, head of the grain desk at the Institute for Agricultural Market Studies, said in a comment to RT. But the halt to exports is likely to send the price of grains up, especially for wheat, as Russia has been the world’s largest exporter of grain for most of the last four years. Grain prices rose sharply earlier this month amid expectations of Russia’s restrictions. The depletion of the quota is unlikely to drive prices higher as weather conditions – on which the new crop depends – are now the main factor impacting the market. Many countries, including Russia, have been suffering from a dry season this year, which can really ramp up grain prices.

The decision comes as Ukraine announced it was downgrading its grain forecast to 60mn tonnes this year from the record 76mn tonnes in 2019, due to dry weather and a drop in productivity caused by the coronavirus (COVID-19) pandemic.

Over the last few years Russia and Ukraine have been battling it out for the title of “world’s biggest grain exporter.” While Russia produces a lot more grain than Ukraine, both countries export about the same total of 45mn tonnes per year (tpy). In 2019 Russia produced 123mn tonnes of grain and exported 43.3mn tonnes. Ukraine produced 75.1mn tonnes and exported 50.4mn tonnes, overtaking Russia in export terms for the first time in three years. This year's Russian export crop may amount to 36mn tonnes, the Ministry of Agriculture says. Industry experts project deliveries in the range of 32-42mn tonnes.

Food continues to play an extremely important role in the Russian economy, and as it makes up about half of the average Russian’s shopping basket it has a major impact on inflation.

Moscow introduced export limits for certain grains, including wheat, rye, barley and corn, saying that the supplies should not exceed 7mn tonnes after the Ministry of Agriculture announced that the export quota was “fully exhausted” already in mid-May.

The members of the Moscow-led Eurasia Economic Union (EEU) have an exemption on the ban as they are inside a free trade area. Armenia, Belarus, Kazakhstan and Kyrgyzstan are free to continue imports of Russian grain.

“After exporting all grain declared under the quota, the export of wheat, meslin, rye, barley and corn to non-member states of the Eurasian Economic Union will be suspended until July 1, 2020,” the ministry said.

While the statement did not mention the COVID-19 outbreak, the ministry earlier said that the measure is necessary to ensure domestic food security – a theme that has been growing as other countries have also limited trade in foodstuffs to ensure there are sufficient supplies at home during the pandemic. In a bid to limit food price rises, the Russian government has also released some grain from its strategic reserves.

Last week the UN warned that some countries may face food shortages as international trade contracts and other government also restrict exports.

“The worst that can happen is that governments restrict the flow of food,” Maximo Torero, chief economist of the UN Food and Agriculture Organization (FAO), told the Guardian, adding that we may face the consequences of these steps soon.

Russia had already halted exports of buckwheat and other grains for 10 days starting from March 20. Neighbouring Kazakhstan followed suit and introduced restrictions on shipments of wheat flour, buckwheat, sugar, several types of vegetables, and sunflower oil.

Productivity has fallen as workers stay home due to the pandemic. Germany has already started flying in migrant workers to work in its fields as spring crops ripen. Many of Europe’s leading agro-producers have become heavily reliant on migrant and seasonal workers from Eastern and Southern Europe, who are not showing up this year. Farmers in France, Spain and Italy complain that fruits and vegetables will be left to rot if the situation does not change, according to Bloomberg. Strawberry and asparagus growers are already unable to pick their crops, while everything from salad greens and tomatoes, to onions and peas could be next in line.

Russia has a history of disrupting the wheat market through restrictions or taxes, but last imposed an outright ban in 2010 after drought destroyed crops. The move caused wheat futures to rally and some researchers saw it as as an indirect contributor to the Arab Spring uprisings.

Banning Russian exports could benefit rival suppliers such as the EU and the U.S., said Amy Reynolds, a senior economist at the International Grains Council in London. Crops office FranceAgriMer this month raised its outlook for French wheat exports outside the bloc to a record for the season that ends in June.

Egypt is one country that may purchase more from the EU. The top wheat buyer is taking an unusual step of importing a large amount of wheat during its own harvest to ensure it has enough to feed its population, many of whom live in poverty. The North African nation is heavily reliant on Black Sea grain, but has already boosted French purchases this season due to more competitive prices.