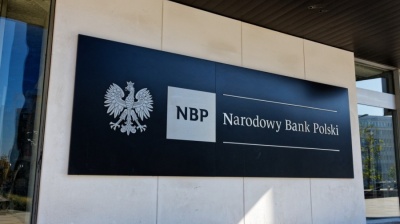 Poland’s consumer price index (CPI) growth clocked in at a 17.2% year-on-year expansion in September, presenting the country’s ruling camp – controlling not just the government but also the National Bank of Poland (NBP) – with a conundrum: is the proper policy choice now to keep raising interest rates or wait it out until inflation-boosting external shocks subside?

Going down either of the alleys will be tough. The NBP already took the cost of money to a long-unseen 6.75% in a series of 12 nearly consecutive hikes, which began when the rates were still at their pandemic super-low of 0.1%.

The NBP has long been criticised for ignoring inflation when it began gathering pace in the first half of 2021. The CPI was already in its seventh straight month of growth – as pent-up demand met bottlenecks in supply chains, both the effects of the pandemic – when Russia started waging its war on Ukraine in February, pushing up price growth ever faster.

The NBP’s early mistakes aside, there is little doubt now that war has kept driving inflation for the better part of 2022 via the spike in prices of gas and electricity. Poland is by no means an exception in the EU when it comes to price growth, with several member states – including ones in the Eurozone – experiencing much sharper CPI expansion.

Now, as Poland’s interest rates are at a 20-year high, the NBP appears to be increasingly inclined to switch to a wait-and-see mode.

The Monetary Policy Council – the NBP’s rate-setting body – paused its tightening streak in October, arguing that an economic slowdown was becoming more evident, which would “support a decline in inflation in Poland towards the NBP inflation target”.

High interest rates have already led to a collapse in mortgage lending in Poland while the energy and cost of living crises – the latter not least due to mortgage repayments shooting through the roof – are dampening demand elsewhere.

Available high-frequency data might be pointing to still fairly decent expansion y/y in the third quarter, but the odds are strong for a second consecutive decline in GDP output in q/q terms – which will mark a technical recession.

While formally independent, the NBP – via its governor Adam Glapinski – is closely linked to the Law and Justice (PiS) government and considerations of GDP growth in the coming quarters are likely a big factor in how the central bank will tread for another year at least, until the next election.

The government connection is also what makes the outlook on inflation and the NBP’s monetary policy complicated and increasingly subject to populist politicking.

Poland’s opposition parties and affiliated analysts are wasting no time laying blame for inflation squarely on the government because of its cash handouts to the people (while hundreds of billions to sustain companies during the pandemic often go under the radar of critique) – and the NBP for misreading the inflation risk early in the inflation cycle.

The more liberal-minded politicians and analysts are calling for the NBP to keep hiking the rates quickly, warning that the wait-and-see mode – apparently preferred by the majority of rate setters now – will lock Poland in high inflation and low growth for years to come.

“Despite uncertain international situation and high prices of energy and food, the key to stopping galloping prices in Poland lies mainly in Warsaw,” Civil Development Forum, a neoliberal think-tank, said in an analysis in late September, pointing to what it said were the mistakes of the NBP that the government only made worse with its bloated spending.

“There is still room to hike the interest rates by a few percentage points to where we expect inflation to be in 12-18 months,” Ludwik Kotecki, a member of the Monetary Policy Council, told the money.pl news website in mid-October.

Some analysts say, however, that a great majority of Poland’s inflation consists of external shocks of energy prices, rising food prices and companies’ inflating margins simply because they can do so.

“The original supply shock of the pandemic and disrupted supply chains created uncertainty and [led to] increased margins to buy inventory. When producer inflation took off, non-wage costs soared, so prices were raised again to protect the margins, which raised inflation again. The invasion of Ukraine and the economic war with Russia only added fuel to the fire,” the Polish Economy Network, a left-leaning think-tank, said in an analysis earlier this month.

Whether the rate-setting body will heed calls like Kotecki’s remains unclear. November could bring some clarity as that is when the NBP will release its bi-annual inflation and GDP growth projections that will be the central bank’s mid-term framework to guide its monetary policy decisions.

The closer to the elections, however, the more likely it seems that the NBP – even accounting for its affiliation with the government – will find itself more at odds with the government’s expansive fiscal stance, calculated to fight the converging energy and cost of living crises as well as winning voters.

War inside the NBP

Cracks among the rate setters are visible already. On October 11, Glapinski along with four members of the Monetary Policy Council threatened legal action against three other members of the same body for their allegedly too critical statements in the media.

The critical members were all appointed by the Senate in which the opposition has a majority. All three say that the central bank should resume monetary tightening or face sustained high inflation that will not fall to the NBP’s target of 2.5% before the end of 2024.

“At the moment, in my opinion, the Monetary Policy Council has absolutely no control over the situation … I think that a Turkish scenario is unlikely but possible,” Wojciech Paczos, a Polish economist from Cardiff University, told the Polish news website Oko Press in mid-October.

“Estonia has an anchor: a fixed exchange rate with the euro area. Poland has its own currency, so the currency depreciates along with inflation. There is no nominal anchor, so theoretically, the inflation of prices and wages at the level of 80%. is possible. I think the risk is low but not negligible anymore,” Paczos said.

PM’s attempt to quell Mongolia’s ‘coal mafia’ protests drowned out by livid crowds
4 hours ago
Italian PM Meloni outlines new ambitious plan for Africa
6 hours ago
Is Russia putting additional pressure on Belarus to join the war?
17 hours ago
Can Russia sneak gas into the EU via a Turkish gas hub?
1 day ago
Roddy Scott Foundation providing education to the children of war-torn Pankisi Gorge
1 day ago