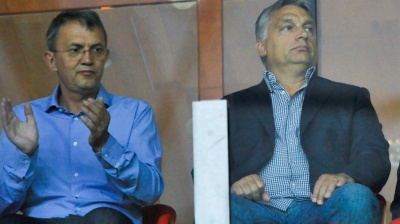 The concessions of Hungary’s five most valuable casinos, owned by businessmen with close ties to the ruling Fidesz party, have been renewed for 35 years without a call for bids, news site Telex reported on September 8.

The existing licences were due to expire in 2024.

The extension was made possible by an amendment to the relevant legislation adopted earlier this year. Casino operation was declared a "key national economic interest," allowing the minister responsible for state supervision of gambling activities to re-distribute the licenses if the original duration of the concession contract made earlier had reached the halfway point.

The gambling industry was one of the first markets taken over by allies of Prime Minister Viktor Orban. The government banned slot machines in the autumn of 2012 but two years later it awarded the operation of five casinos in Budapest to Las Vegas Ltd, a company owned by former Hungarian-American film producer, Andy Vajna, also responsible for reshaping the Hungarian film industry.

After his death in 2019, the concession rights were acquired by LV Diamond, a company co-owned by Istvan Garancsi and Kristof Szalay-Bobrovniczky.

Garancsi, the 23rd wealthiest Hungarian businessman, is on friendly terms with the Prime Minister and is the owner of Videoton, Orban’s favourite football team after Felcsut, his home village. Szalay-Bobrovniczky, Hungary's ambassador to the UK from 2016 to 2018, is the husband of government spokeswoman, Alexandra Szentkiralyi.

He is also the sole owner of Magyar Vagon, which is the Hungarian partner of the joint venture with Russia's Transmashholding. The 51-year-old former diplomat will be part-owner of Czech aircraft manufacturer Aero Vodochody, one of the oldest aviation manufacturers in the world. The Czech investment group Penta Investments is divesting its stake.

LV Diamond raked in HUF7.5bn (€21.4mn) in profit last year, down from HUF11.7bn a year earlier due to pandemic restrictions. Analysts expect the company to return to pre-crisis profit levels this year.

Opposition parties are united in finding a legal way to terminate the 35-year casino concession contract and similar agreements that are still in the pipeline.

Just before the election, the government is also planning to award a 35-year concession contract to private companies to manage the country’s 2,000 km long motorway and public road infrastructure.

In a similar move, the government has announced a tender for the operational oversight of Hungary's waste management system in a 35-year concession deal earlier this summer, setting tight deadlines.

Market insiders say the tender is suited for CEE’s leading oil and gas company MOL, which is in the midst of a transition to a low-carbon business model and expanding its reach to the circular economy.

Klara Dobrev, the prime minister candidate of Hungary’s largest opposition party Democratic Coalition (DK), called the latest deal a treason and said that after the opposition takes office in 2022 they will hold Fidesz accountable.

First official results from Bosnian elections put nationalists ahead after exit polls predicted losses
21 hours ago
Georgian MPs want to rid the country of oligarchs, but not all of them
21 hours ago
Hungary agrees on deferred payments with Gazprom for winter gas deliveries
22 hours ago
US sanctions Russia’s CBR head Nabiullina and other officials
22 hours ago
Russia prepares for new attacks against Ukraine from Belarusian territory
22 hours ago