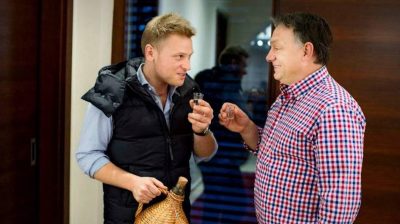 Istvan Tiborcz, the son-in-law of Prime Minister Viktor Orban, was ranked 35th on the list of the richest Hungarians with an estimated wealth of HUF35bn (€108mn) according to a compilation by online business website Napi.hu published on May 9. Tiborcz, aged 33, is the youngest forint billionaire on the list.

Like many oligarchs around Orban, Tiborcz has established a presence in the booming real estate market. His company BDPST acquired a 20.6% share of BSE-listed property developer Appeninn owned by Lorinc Meszaros, who is widely referred to as the proxy of the prime minister.

Meszaros, a former gas fitter, was ranked number two on the Napi.hu list with a wealth estimated at HUF296bn. Most of the gain was generated in the last two years. His wealth stood at HUF8bn in 2015 and HUF24bn a year later before breaking the HUF100bn mark in 2017.

A separate list by Forbes put the former mayor of Felcsut as the richest person in Hungary, ahead of Sandor Csanyi. The list compiled by Napi.hu, however, shows the chairman-CEO of Hungary's largest lender OTP as the richest, with HUF360bn of assets.

Tiborcz made his fortune though Elios, a company which replaced streetlights in more than a dozen Hungarian towns from EU-funds.

The EU's anti-fraud agency OLAF discovered an established system of organised fraud in 17 projects. It uncovered numerous serious irregularities in public procurement procedures involving the former company of Orban's son-in-law. Hungarian police and prosecutors dropped the case despite a spate of evidence against Elios and the more than dozen local municipalities led by Fidesz mayors.

After OLAF said it sought to recover the €38mn development money provided to Hungary, the government chose not to submit invoices to cover the cost of the projects, which was pre-financed from the budget.

The rise and fall of oligarchs around Orban can be traced on their ranking on lists gauging wealth. The wealth of former cashier of the Fidesz party Lajos Simicska was around HUF86bn before his fallout with Orban in 2015. His companies were later excluded from state tenders and the businessman, who became the most ardent critic of the Fidesz-led government threw in the towels after the 2018 election.

Simicska sold all his business stakes, which ended up in the dynamically expanding business portfolio of Orban's close friend, Meszaros. The Napi.hu list puts Simicska's wealth at HUF29bn in the recent list.

Construction company head Laszlo Szijj, a business associate of Meszaros has also made his fortune through EU-funded rail and road construction projects. Duna Aszfalt has won hundreds of billions in state tenders, which catapulted its owner to the elite. Szijj's estimated wealth has risen from HUF23bn in 2013 to HUF110bn by 2019.

As the owner of Videoton, Orban's favourite football team, Istvan Garancsi's place in the ruling class was never in doubt. His construction company Market is involved in the largest infrastructure projects, including the constructor of the new Puskas Arena in Budapest with 70,000 seats. Garancsi steadily climbed the ladder to become one of the richest persons in Hungary with assets worth HUF13bn in 2014 and HUF66bn in 2019.