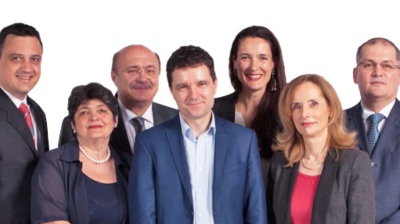 Newly formed political parties that can threaten the status quo are a rarity in Romania, where the odds are stacked in favour of the established parties. Yet after changes to the electoral rules last year, the Save Romania Union party managed to mount a credible challenge in the June local elections and has set its sights on entering the parliament in this autumn’s general election.

It faces an uphill struggle, admits Roxana Wring, a member of the party’s national executive, since Romanian politics is largely a closed shop dominated by the established parties. Although they frequently splinter, mutate and reappear in different constellations, they are united in their efforts to keep out new contenders.

The situation has changed somewhat since changes to the electoral law in 2015, but remains difficult. The amendments reinstate the party-list proportional representation system, which had been scrapped in 2008, making it easier to launch a new party. But on the other hand, the law scrapped second-round voting in local elections – a new system that now favours Romania’s largest party, the Party of Social Democrats (PSD).

However, undeterred by its defeat at the hands of the PSD in the Bucharest mayoral elections in June, the USR is aiming to take 10% of the vote in legislative elections that must be held no later than the end of November, by offering a clean and competent alternative to voters.

The party started out a few months ago as the Save Bucharest Union (USB), which in turn grew out of the Save Bucharest Association, an NGO dedicated to preserving the architectural heritage and green spaces in the Romanian capital. After an unexpectedly strong showing in the Bucharest elections, its leader Nicusur Dan announced that the party would change its name to the Save Romania Union (USR), go national and compete in the general election.

For a party that is just starting out, USR leaders are not shy about attacking Romania’s political establishment. Wring is scathing about Romania’s “corrupt and incompetent” political class who are more focused on their game of “musical chairs in the parliament” than on negotiating the best policies for the country. She decries the “lack of transparency” on the part of most politicians, whose “main purpose is to serve their party, and their friends’ interests”.

“We watched and waited for the big parties to reform, to turn into modern European parties and step out of corruption, but that did not happen,” she says.

Wring’s main beef with the established politicians is that they fail to address the important issues facing Romania – healthcare, education, the declining population, the deep fracture between rural and urban dwellers, and the failure to use European funds to bring these “two Romanias” together. Within the EU, the country is above only neighbouring Bulgaria in terms of poverty.

“All these issues need to be addressed by politicians who are honest and competent,” she says. “At the moment we don’t have a political class, we have a kleptocracy.”

She admits that the USR, which has only just turned its focus from Bucharest to the entire country, doesn’t yet have solutions to these problems. However, she stresses the practical approach of the party. “We are not ideological, we are issue based, we are practical,” she says. “Ideology is not a good starting point to solve what is wrong with Romania. You need to look at the realities of the quality of life and the things that affect the population’s lives.”

In many ways Wring exemplifies the urban, Europeanised class that make up USB’s core supporters. Born in Bucharest’s old town, she pursued a successful career in fine art publishing, for part of which she commuted between London and New York. But she visited Romania frequently and was disturbed when she saw historic buildings razed to make way for new construction during the real estate boom of the mid 2000s. On her return to Bucharest, she founded the Asociaţiei Pro.Do.Mo, an association to preserve Romania’s heritage. It was through her work with the association that Wring met Dan, the founder of the Save Bucharest Association.

After years of being fobbed off and dismissed by officials, Wring says they decided to form a party “to become part of the decision process”. Her experience of pleading with officials from outside the system has also fuelled her political ambitions and anger against the current political status quo. “When you write people off, don’t treat them with respect, you have to expect a backlash,” she warns.

This was evident in the local elections, when Dan was runner-up in the race to become Bucharest mayor, pushing the National Liberal Party (PNL) candidate into third place. Had the old two-round system still been in place, he would most likely have defeated the PSD’s candidate Gabriela Firea in the second round. The party has also mounted a legal challenge to demand a recount in Bucharest district 1, where its candidate Clotilde Armand narrowly lost to the PSD candidate. The party’s suspicions were aroused when results in the polling stations it monitored were substantially different from those where it did not have observers. Media coverage is also a problem; USB was virtually ignored by local television stations in the run-up to the Bucharest elections, forcing it to rely almost exclusively on canvassing to get its message across.

Since the local elections, the party has become inundated by requests for membership. It had just 180 members when it went into the elections, but more than 3,000 have since applied to join, putting severe pressure on its activists who are struggling to process the flood of applications. The party is cautious about who it accepts, worried about infiltration and reluctant to take in politicians who have switched from one party to another to further their careers.

The party is now reaching out to other parts of the country, with plans to set up branches in the main urban centres, as well as absorbing several small civic associations. Its limited resources mean that covering the entire country, including rural areas, is not an option, but in any case it’s clear that its power base is primarily among “educated, IT-savvy, Europeanised voters”, according to Wring.

The party’s leaders are also reaching out to Romania’s diaspora, which numbers around 4mn people. The exodus of Romanians, mainly to other EU member states, and the country’s demographic decline worries many in the country, including President Klaus Iohannis, but there has been little political debate about this. “We want to create a Romania where intelligent, hardworking Romanians want to live here rather than contributing to the economy of the UK, Italy or another country,” says Wring. “Currently, this Romania doesn’t exist.”

DATACRUNCH: the bne car ownership/age index
10 hours ago
Money laundering pushes up property prices in Western Balkan cities
1 day ago
LONG READ: The first thing the emerging middle classes of New Europe do is buy a better car
2 days ago
Russia’s oil and gas reserves will last for another 59 and 103 years respectively, says natural resources minister
2 days ago
Mongolia’s apocalyptic sandstorms
4 days ago