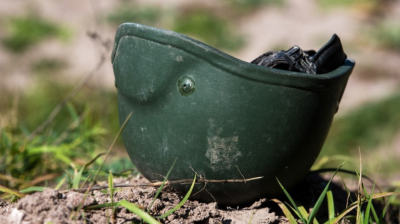 Initial reports were that the ceasefire was unravelling. The reports became more encouraging by later on October 18. The mediators will be hoping that October 19 doesn't send things back to square one.
By bne IntelIiNews October 19, 2020

Armenian news service hetq has reported the Artsakh Defence Army (ADA) as saying that the second Nagorno-Karabakh humanitarian ceasefire between Armenia and Azerbaijan that went into effect at 12am local time on October 18 generally held except for Azerbaijani rocket fire in the north (00:04 to 02:45) and along the southern border (02:20 to 02:45).

The media outlet, using the Armenian name for Nagorno Karabakh (Artsakh), added: “ADA reports that Azerbaijani forces launched an attack along the southern Artsakh border early this morning following a round of artillery fire and that there were casualties on both sides.”

Speaking with the BBC, Armenia's Foreign Minister Zohrab Mnatsakanyan said his country was not responsible for breaching the ceasefire, and accused Azerbaijan of not being interested in a de-escalation. "This has been exactly the policy of Azerbaijan... to exchange blame and to get the licence to continue the aggression."

Hikmat Hajiyev, foreign policy chief in the presidency of Azerbaijan, blamed Armenia for the renewed fighting. "[Armenia is] misusing and misinterpreting the current ceasefire regime to reinforce their positions and to capture new territories of Azerbaijan," Hajiyev told the BBC. "Yesterday they ambushed a group of Azerbaijan armed forces and tried to kill them. These are questions that the Armenian side needs to answer."

The first humanitarian ceasefire, brokered by Russia, which was supposed to go into effect the previous weekend, entirely broke down with both sides accusing the other of military offensives and indiscriminate shelling that left many civilians dead.

Josep Borrell, the EU’s top diplomat, called the foreign ministers of both nations on October 18 to condemn the continued fighting and urge them to stick to the cease-fire.

It should be noted that the two ceasefires were only arranged to allow for a pause in the conflict that would enable the adversaries to swap prisoners and collect their dead. To upgrade a humanitarian ceasefire to a more substantial ceasefire, both sides would have to make an agreement at substantive talks, and there is no news as yet of any such talks being organised.

Armenpress reported on October 18 that the Armenian National Committee of America (ANCA) sent a letter to US Assistant Secretary for Political-Military Affairs at the Department of State, calling on the US to suspend drone-related and other military/dual use equipment or tech sales, or third-party transfers), to Turkey, due to what it described as Ankara’s active participation in Azerbaijan’s war against the people of the enclave and Armenia.

Armenian Prime Minister Nikol Pashinian was reported by Armenpress as telling Italy’s Corriere della Sera that Turkey is pursuing the same policy in the South Caucasus as in the Mediterranean against Greece and Cyprus, or as in Syria, Libya and Iraq.

‘’It’s an expansionist policy. During the negotiations on the ceasefire, Turkish president [Recep Tayyip] Erdogan said that he does not want Azerbaijan to stop the military operations. This conflict would not have started without the intervention of Turkey. Turkey encouraged Azerbaijan to attack Artsakh, Turkish troops participate in the attacks. But this is not all. The Azerbaijanis use jihadist-militants brought from Syria. They are terrorists sent by Turkey’’, Pashinian reportedly said.

To the question of whether Armenia has proof of the use of militants by Azerbaijan, Pashinian was cited as saying: “Yes, we have the footages of the jihadists made for propaganda goals with geolocations at the places of the military operations, as well as the bodies of some of them. There are no doubts about that. The proofs have already been published’’. He reportedly added that the “terrorists” made the video recordings themselves, which later went viral. “’This fact has been officially confirmed by Russia, France and other countries. The goal is clear. The Turks want another genocide of the Armenian people.”

Internationally recognised as part of Azerbaijan, the mountainous territory of Nagorno-Karabakh has been controlled by ethnic Armenians, backed by Yerevan, since a six-year war came to an end in 1994.