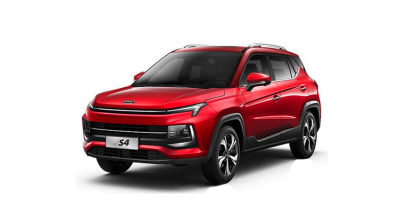 Moscow plans to produce 50,000 vehicles under the legendary Moskvitch (Muscovite) brand in 2023 at the former plant of French Renault, Prime reported, citing an announcement from the capital’s department of transport on Monday.

“In 2025, we plan to produce a fully national car at the Moskvitch plant. The degree of production localization at Moskvitch will grow at the highest possible rate,” the department said in its Telegram channel.

The first neo-Moskvitch model went off the assembly line with much press coverage on November 23. However, contrary to the ambitious statements by the city of Moscow, for now the compact crossover is a one-for-one copy of the Chinese crossover JAC JS4 with a Moskvich label slapped on it.

To remind, Russia's largest carmaker AvtoVaz was effectively nationalised after its largest shareholder French carmaker Renault handed over its stake in the company to the state for one ruble.

Moscow authorities have followed the exit of the largest foreign investor in the domestic car industry with a PR stunt promising to revive the iconic Moskvitch model and possibly even electric cars at Renault's facilities.

But a recent report by Vedomosti daily claimed that according to RosStandart registrar data, the Moskvitch 3 and its electric version Moskvitch 3e are rebranded versions of Chinese JAC JS4 and iEVS4 respectively, which was also confirmed to the daily by the industry sources.

Sanctions for Russia’s military invasion of Ukraine have brought the Russian car market screeching to a halt and led to an exodus of Western and Japanese carmakers. As covered by bne IntelliNews, in these conditions the technology and assembly components are likely to be taken over by Chinese players instead.