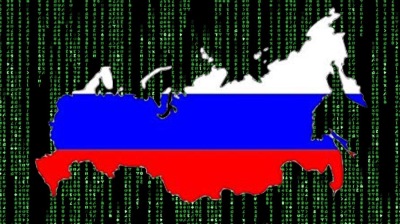 Moscow is already ranked as global top ten startup friendly city and is aiming for top three by 2030
By bne IntelliNews May 2, 2019

Moscow is moving up the global rankings for cities that welcome startups and aims to enter the top three by 2030, according to Alexey Parabuchev, general director of Moscow’s Agency of Innovations, as cited by TASS.

The Russian capital has already moved up from 14th to 10th place in the latest ranking of cities with the best ecosystems for startups, according to consultant StartupBlink.

“Competition among the top 50 cities in the ranking is very tough, and the top 10 places are held by the strongest traditional leaders. Moscow is the only new city in the top 10 compared to the previous ranking compiled in November 2017, having overtaken Paris,” Parabuchev told TASS.

“Moscow’s innovation ecosystem continues to develop rapidly, and the city is fully capable of progressing to sixth place in the ranking by 2021. To achieve this, it will have to overtake cities like Seattle, Chicago, Berlin and Tel Aviv. The next target, which can only be achieved through the concerted efforts of business, the city and innovators, is to take third place behind the undisputed leaders San Francisco and New York, but ahead of London,” he added.

Russia has benefited from its traditional education emphasis on the hard sciences and young Russians in particular have embraced technology, while companies are leapfrogging over the traditional development of business and going straight for high tech state-of-the-art business models in several sectors. Russia is, for example, already a global force in fintech, according to a recent report.

Parabuchev reports that there are currently over 4,500 startups operating in Moscow and there are plans to increase the number of co-working spaces, to promote “breeding grounds” for fledgling enterprises. In addition, the city has 35 technoparks for hi-tech companies and plans to open a similar site for the creative industries in the near future.

A dedicated citywide centre has been set up for startups in the Digital business space. “The city will continue to work on ensuring that Moscow startups get timely information about where precisely their developments can be deployed. The city will be running hackathons, where teams compete to find solutions for real issues faced by the city and business. We hope that many of those who take part in the hackathons will go on to create their own companies,” noted Parabuchev.

Internet penetration in Russia is high and 80% of Muscovites now use smartphones. The new-generation 5G networks are scheduled to appear in Moscow in 2020-2021.

Moscow has already overtaken development leaders in this area, including Beijing, Bangalore, New Delhi, Tokyo, Paris, Austin, Toronto and Amsterdam in several parameters on the ranking such as the number and quality of startups, infrastructure, business climate and public acceptance of innovations.

The top cities in the 2019 ranking are mostly located in California, as well as New York, Boston, Chicago, Seattle, London, Berlin and Tel Aviv.

Mercuryo.io, a Russian-founded startup based in Estonia, announced in the first week of September the completion of its first round of funding, having received €2.5mn from Target Global

Huawei opens an innovations and development centre in Serbia’s capital Belgrade as the US is pushing for CEE governments to reject the Chinese tech company.