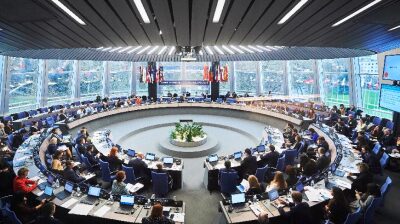 Kosovo applied to become a member of the Council of Europe (CoE) on June 9, while Prime Minister Albin Kurti announced a day later that Pristina will apply for European Union (EU) candidate status by the end of the year and President Vjosa Osmani added that the Kosovo Security Forces (KSF) have a place in Nato.

In response, Serbian Foreign Minister Nikola Selakovic said Serbia will resume its campaign of derecognising Kosovo and it has received confirmation that four more (unnamed) countries have withdrawn recognition of Kosovo as an independent state.

Among the three candidacies envisaged by Kosovo, that for CoE membership seems the most realistic.

The application to the CoE was filed after Russia, a key ally of Serbia, pulled out of the body in March amid calls for Moscow's expulsion over its invasion of Ukraine.

Being accepted into the continent's top human rights organisation requires a two-thirds vote by members and Kosovo says it now has enough backing from the 46-member body to be accepted.

Kosovo is already recognised by 117 countries, including the US and most of the European Union member states. Spain, Romania, Greece, Greek Cyprus and Slovakia are EU nations that have not recognised it as an independent state.

There’s why EU candidate status and close cooperation with Nato such as under the Partnership for Peace are more problematic.

"We always aspire to EU candidate status and we will apply by the end of the year," said Kurti during a joint news conference with German Chancellor Olaf Scholz during his first visit to the Western Balkans.

Scholz called for reconciliation between Kosovo and Serbia more than two decades after the war between them, which left about 13,000 dead, mostly Kosovar Albanians.

Indeed, this seems to be a prerequisite for both Kosovo’s EU membership (or even candidate status) and its closer participation in Nato’s Partnership for Peace.

The two sides must "find a political solution, through a comprehensive and lasting agreement that also contributes to regional stability," Scholz said.

On May 4, Kurti announced during a press conference with Scholz in Berlin that the country would apply for membership of the Council of Europe and Nato’s Partnership for Peace programme.

For many countries, it this been a precursor to Nato membership, which is also the aim of Kosovo.

The US supports Kosovo’s plan to join Nato’s Partnership for Peace programme, US ambassador Julianne Smith said on May 26 after Kurti expressed his country’s desire to join.

However, Smith also noted that all Nato’s decisions must be unanimous.

“Everything that happens here in the Nato alliance happens by consensus…where all 30 states must agree on it. So, this will be a decision that will have to be taken by consensus if Kosovo decides to try to move towards a Partnership for Peace,” she specified.