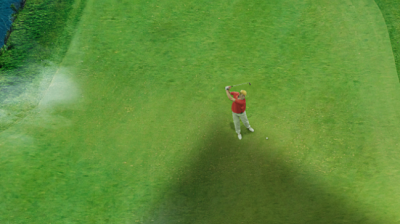 Threats directed at Trump from officials in Tehran have grown in recent weeks and culminated with the posting of this intimidating picture by Khamenei's office.
By bne IntelIiNews January 22, 2021

Now that Donald Trump is once more a private citizen, the threats of revenge that have been coming out of Iran ever since he ordered the drone-strike assassination of the country’s top general will have that much more menace.

And the Islamic Republic’s Supreme Leader Ayatollah Ali Khamenei is certainly not about to help put the former US president at ease—on January 22, Khamenei’s official website carried a photomontage of a blond-haired man bearing the likeness of Trump in the shadow of what appears to be a stealth aircraft or drone, with the heading "Vengeance is certain" written in Farsi. The word "vengeance" appears in red, while the rest of the post says: "Soleimani's murderer and he who ordered the murder will have to pay". For a time, the image and heading appeared on Khomeini's Farsi Twitter account, but it then disappeared.

The January 3, 2020, targeted killing of Major General Qassem Soleimani—known as the “Shadow Commander”, he was seen as the second most powerful official in Iran behind Khamenei—at Baghdad airport prompted an outpouring of grief from hundreds of thousands on the streets of Iran and many analysts said it was likely in breach of international law as the US presented no clear evidence that it, its diplomats or its armed forces faced an imminent attack at the hands of Soleimani. Then US Democratic presidential candidate Joe Biden responded to the killing by saying Trump had “tossed a stick of dynamite into a tinderbox”.

A few days prior to Trump departing the White House on January 20, there were US media reports that, following new threats made against him emanating from Tehran, Trump had ordered a US aircraft carrier that was setting sail for home to turn around and stay in the vicinity of the Persian Gulf.

Soleimani in public remarks given in July, 2018, was scathing of Trump and his Twitter activity, likening him to a gambler and nightclub owner.

“I’m telling you, Mr Trump the gambler, I am telling you: know that where you are not thinking of, we are near you. Places you cannot imagine, we are next to you,” said Suleimani, adding: “We, the Iranian nation, have gone through tough events. You may begin a war, but it is us who will end it. Go ask your predecessors about it. So stop threatening us. We are ready to stand up against you. The Red Sea which was secure is no longer secure for the presence of American [military]... The Quds Force and I are your match. We don’t go to sleep at night before thinking about you.” 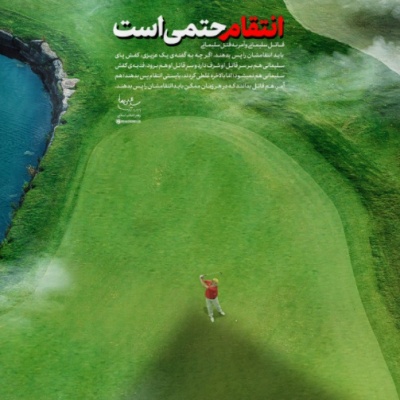