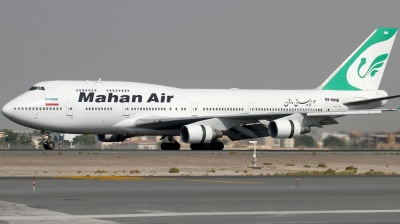 Iran, like Venezuela subject to US sanctions, is among countries that have voiced support for Venezuelan President Nicolas Maduro who is under pressure from the Trump administration to step down. Russia, China, and Turkey have also backed Maduro.

Facing heat from the US, France and Germany banned Mahan Air’s flights earlier this year, citing allegations that it transported military equipment and personnel to Syria and other regional war zones.

Iran’s IRIB news agency quoted Iranian Civil Aviation Organisation spokesman Reza Jafarzadeh as saying that the Venezuela route was launched in the early hours, and that the plane was carrying foreign ministry officials to Caracas, along with a Mahan Air delegation that would discuss maintaining regular flights between Tehran and Caracas. The non-stop Tehran-Caracas flight was scheduled to take 16 hours.

Mahan Air was established in 1992 as Iran’s first private airline. It boasts the country’s largest fleet of aircraft.

The US imposed sanctions on Mahan Air as far back as 2011, saying it provided financial and other support to Iran’s Islamic Revolutionary Guard Corp (IRGC).