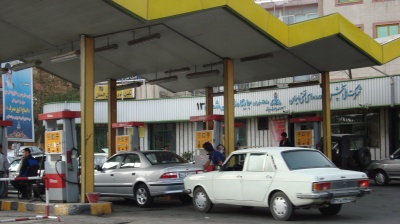 Iran has started issuing petrol rationing cards following excessive smuggling abroad of fuel made cheap by the collapse in value of the Iranian rial (IRR), Islamic Republic of Iran Broadcasting reported on November 20.

With the IRR weaker by 65% against the dollar since April—when it became clear the US was set to go ahead with the reimposition of heavy sanctions against Tehran—many items produced in Iran, including petrol, have been smuggled out of the country by profiteers to Iraq, Armenia, Turkey, Azerbaijan, Pakistan and Afghanistan.

The low fixed price of petrol has also driven consumption up year by year, despite the Rouhani administration’s efforts to wean Iranians off motor fuels with incremental price rises. According to the government’s own statistics, some 90mn litres of petrol is used daily by Iranians. This is while some 10-20mn litres of petrol per day illicitly leaves the country.

Iran, with the fourth largest oil reserves in the world, has no shortage of crude to refine. Petrol output in the Islamic Republic was reported to have risen 50% y/y by early August since the beginning of the current Persian calendar year (started March 21).

The Iranians have invested tens of millions of euros in the development of their petroleum industries in recent years. The revamped Persian Gulf Star refinery in the south of the country only recently went into operation. It produces Euro-4 and Euro-5 quality petrol for domestic consumption and regional export—although what level of petrol exports Iran will achieve now that the US energy sanctions, kickstarted on November 5, are in effect remains to be seen.

Under that rationing regime, each driver was entitled to 180 litres of fuel per day, but this time around the maximum could be cut further, although no exact amount has yet been specified.

Officials have also not yet made it clear if the plan is to also increase the per litre price of fuel, but there is strong speculation that the price will be gradually upped across the next 12 months.

The collapse in the value of the IRR has also brought big influxes of people from regional countries looking to exploit the exchange rate to acquire consumer goods at bargain prices. International arrivals in Iran by land, air and sea rose 51% y/y in the first six months of the current Persian calendar year (March 21 to September 22).

In September, Azerbaijan reported a 43.4% rise in the first eight months of this year in the number of its citizens crossing the border into Iran. Official statistics showed 29.7% of all outbound travel from Azerbaijan was to Iran in the period.