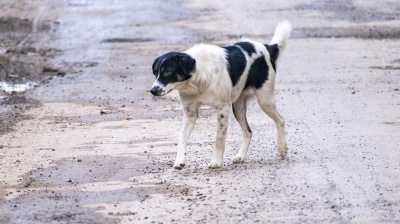 German MEP Martin Buschmann has urged the Albanian authorities to stop the “mass killing” of street dogs, raising the issue of the treatment of animals in the country in the context of its quest for EU membership

Albania has been an EU candidate country since 2014, but has so far failed to progress to starting membership negotiations. The country’s progress is coupled with that of neighbouring North Macedonia – which has been held back by a bilateral dispute with Bulgaria – and several West European EU members also have their own issues with Albania, in particular concerning drugs and crime.

“Albania is close to the beginning of negotiations with the EU … However, the legitimate question has to be asked whether Albania even meets the criteria for joining. The country continues to struggle with an exhausting reform process,” the MEP wrote in a lengthy Facebook post.

“As a candidate for membership, Albania must also follow the EU regulations in animal protection.”

He pointed to an order from the mayor of Tirana to resume mass sterilisation, claiming this was followed instead by "a legal mass murder” of dogs. “The animals are captured and not sterilised in public institutions, but killed by acid injection. Their dead bodies are then disposed of at the municipal dump. We have to assume that thousands of street dogs have died [in] this cruel way in recent years,” Buschmann wrote.

“How will the prospects of the start of the entry negotiations with Albania be influenced by the fact that Albania seems to be missing any minimum standards in animal protection,” he wrote.

Animal Rescue Albania revealed earlier this year, in a video posted on social media, that street dogs are being given lethal injections in Tirana, which sparked a protest in the Albania capital. Media outlet CNA.al has estimated that around 10,000 stray dogs could have been killed in the Albanian capital in the last few years.

After Buschmann’s appeal, Animal Rescue Albania issued a new statement saying that municipalities in other Albanian cities also kill stray dogs by poisoning or shooting them.

“In the capital, Tirana, municipality employees take the dogs from streets with the excuse of ‘sterilisation' and kill them, as shown in the video taken from hidden camera. They put the bodies of killed dogs inside black plastic bags and in the end throw them to the Sharra landfill,” it wrote. “The municipality of Pogradec keeps the dogs tied up and lets them starve without any food or water until they die. This happens every day.”