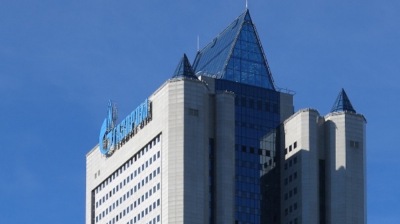 Russian gas company Gazprom admitted to releasing 1,800 tonnes of methane into the atmosphere this year, in the biggest leakage in two years and the equivalent of driving 40,000 cars around for a year. / wiki
By bne IntelliNews June 21, 2021

Russia’s gas giant Gazprom has admitted to several large methane leaks this year, the company said over the weekend. Methane is one of the most environmentally harmful gases.

Gazprom has taken responsibility for the leaks from its pipelines that include one of 2.7mn cubic metres on June 4 due to an emergency pipeline shutdown in Tatarstan, the biggest methane leak in two years. That has roughly the same short-term planet-warming impact of 40,000 internal combustion engined cars driving for a year, according to the Environmental Defence Fund.

Gazprom said the gas was released after it detected a problem with its Urengoy-Centre 1 pipeline in Russia's Tatarstan region. The company said that “given the urgency”, it wasn’t able to use a mobile compressor station to reduce the methane released by the repairs, though it claimed still to have cut 22% of potential emissions.

The company also admitted to several smaller leaks around planned pipeline maintenance. The climate warming effect of methane is judged to be 86-times more powerful than carbon dioxide.

The satellite detected another giant methane plume on May 24 with an estimated emissions rate of 214 tonnes per hour. Gazprom said this leak had resulted from two days of planned maintenance on the Urengoy-Petrovsk pipeline in Russia's Bashkortostan region. The emissions amounted to about 900,000 cubic metres, it said, which the company described as “in line with the industrial safety regulations.”

The leaks were detected by a new international satellite capable of detecting emissions from individual sites. The same satellite uncovered similarly large methane leaks earlier this year from gas pipelines in Turkmenistan, another major gas producer.

A satellite reportedly looked down on central Turkmenistan in early February and detected methane leaks from at least eight natural gas pipelines and unlit flares in the Galkynysh gas field, releasing as much as 10,000 kilograms per hour of the supercharged greenhouse gas (GHG).

That amount of methane would have a planet-warming impact equivalent to driving 250,000 cars around in circles for a similar amount of time.

Turkmenistan was also caught with leaky pipelines in 2019 and has remained a headache in the global fight against climate change.

Gazprom, along with most of Russia’s blue chip companies, has been striving to improve its environmental, social and governance (ESG) scores; however, analysts say while the leaks are a smudge on its reputation the leak is unlikely to cause much damage to its business or stock price, even though the company will incur a fine in line with Russia’s environmental regulations.

“While gas companies generally score better on environmental issues than do oil companies, they are still closely watched by activists as producers of hydrocarbons,” analysts with BCS GM said in a note. “The issue here for Gazprom is twofold. First, methane is a very powerful – if relatively short-lived – greenhouse gas. Second, ESG (environmental, social and governance) issues have become a key investment screen for institutional investors, especially for funds based in Europe, while methane emissions by the oil & gas industry have come under increased scrutiny by environmentalists worried about global warming. In the end, this particular event will prove transitory for Gazprom, but we would expect the company to boost maintenance capex at least somewhat in the coming years to address pipeline leaks.”

Under Russian regulations, methane is a pollutant; hence its release into the atmosphere is regulated. Every gas transportation asset has a permitted amount of methane that it is allowed to emit in the normal course of its business. Emitting more methane than permitted leads to a fine of RUB4,069 per tonne ($37 per 1,000 cubic metres). All methane emissions (including within permitted limits) are subject to a payment of some RUB117/tonne ($1.06/kcm) to the government budget.

In its Ecological Report for 2019, the company disclosed releasing 1,401kt of methane and other hydrocarbon-pollutants into the air (excluding Gazprom Neft). The current episode translates into a release of 1.8kt of methane, which is 0.1% of the 2019 total.

“Given the company’s statement that this methane release happened in the normal course of its business, which is somewhat confirmed by the numbers stated above, we do not expect any substantial financial or operational consequences. However, we think that the situation might be quite negative for sentiment on Gazprom’s shares,” VTBC said.

The leak comes on the back of a string of environmental disasters in the last two years.

A power unit belonging to Norilsk Nickel spilled over 20,000 tonnes of oil into Arctic rivers in the Pyasino region in June 2020; this was declared a federal emergency by the Kremlin and cost Norilsk $2bn in fines. Also in June 2020, a once-in-a-1,000-year snow melt flooded the TGK1 power station near Murmansk, putting two of its hydropower units out of action after snow suddenly melted. A few months later an unusual algae bloom off the coast of Kamchatka killed all sea life along several kilometres of coastline in October 2020. And most recently Russian oil major Lukoil spilled 100 tonnes of oil in the Komi Peninsula, although very little of that got into the local rivers that run into the Barents Sea.

bneGREEN: Fit for 55 – not fit for purpose
4 days ago
bneGREEN: Slovenia’s Sigma Energy deploys device to convert sea waves into electricity
16 days ago
bneGreen: Southeast Europe’s first eco-mosque opens in Croatia
23 days ago
bneGREEN: Europe pays what it takes to bring in LNG but still cannot get enough
25 days ago
bneGREEN: Baltic states – except Russia – agree to aim for seven-fold increase in offshore wind
1 month ago