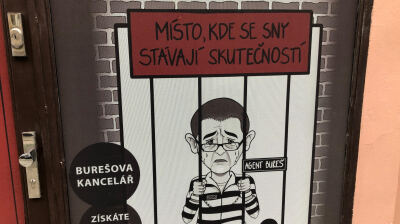 Czechia's former premier Andrej Babis has finally been charged with fraud over the six-year-old Stork's Nest case, in which he is accused of illegally claiming EU subsidies for a conference centre project. The populist leader, who is expected to launch his bid this year to become president, denies the charges, which he says are politically motivated.

Babis bitterly fought against the investigation while finance minister and premier and is now only facing charges after losing power in October's general election. Opposition politicians, now in power, claim that he helped block the prosecution of the case,  in which he outlasted several of his party's justice ministers, as well as the public prosecutors in charge of the file.

If the case goes to trial this year it could complicate Babis' plans to stand for the presidency early next year, though, given the sluggish prosecution of the case, this looks unlikely. If Babis were to become president he would gain immunity from prosecution, something that critics say is one of the main motivations for him to seek the post.

"On March 21 the public prosecutor of the Municipal State Prosecutor's Office in Prague filed indictments against two individuals in a case referred to in the media as the Capi Hnizdo [Stork Nest] case," Cimbala said, according to the Czech News Agency, adding that one of the charged persons is accused of committing subsidy fraud and damaging the EU financial interests, while the actions of the other person are qualified as aiding and abetting the crime of subsidy fraud.

Both Babis and Nagyova are accused of claiming an EU subsidy of CZK50mn (€2mn) designed to support small and medium-sized businesses for the PM's Stork's Nest conference centre. Stork's nest was originally begun by Babis' Agrofert agro-chemical conglomerate, then transferred to a small company allegedly connected to the ex-premier in 2007 to apply for the EU subsidy, and then afterwards taken back over by Agrofert. The former PM has already repaid the EU subsidy.

Initially, 11 people, including Babis´ family members, were charged in the case. However, gradually Saroch dropped charges against them. Later in December 2019, Czech Supreme State Attorney Pavel Zeman ruled that the Stork's Nest case will be reopened again and returned the fraud investigation into Babis and Nagyova back to the Prague State Attorney.

“Shortcomings in the factual and legal evaluation have been found. At the factual level, this is a lack of reflection on the established evidence and at the same time an insufficient finding of facts,” said Zeman for iRozhlas in 2019.

In June 2021, the Czech Police proposed indicting the ex-PM and his advisor in the Stork's Nest case. Later in September 2021, Saroch returned the case to the police for further investigation, due to the uncovering of new information, and thus kicked the case into touch until after the October general election.

Babis denies any wrongdoing. According to him, the case is “an artificially created and purposeful attempt to criminalise him and to drive him out of politics”. "It is kept in the media to this day in case I decide to run in the presidential election," he said after he was deprived of immunity at the beginning of March.

Czech Interior Minister Vit Rakusan said he considers the indictment of the former PM "the first step to a final decision in the Stork's Nest case”, stressing that the Chamber of Deputies has already sent a clear signal that the court should decide on guilt and innocence.

“Andrej Babis will get a chance to explain the case to the court. It will no longer be enough to kick around and say that we should go there [Stork Nest conference facility] to see the money. If [Babis] had self-reflection, he would resign from all positions and would not run for office until a decision is made,” said the Chamber of Deputies Chair Marketa Pekarova Adamova.

"Finally, a breath of settling the business environment, as the ex-MP dreamed of when he happened to sleep!" said Pirates chief and Minister of Regional Development (which is in charge of EU subsidies) Ivan Bartos, referring to Babis' earlier book "What I Dream About When I Happen to Sleep". Babis published the book as a pre-election PR initiative before the parliamentary elections in 2017.

Czech Television pointed out that the 2011 Code of Conduct for Representatives of Babis´ ANO party states that a person against whom an indictment is filed for a deliberate or negligent crime committed in connection with and related to the performance of a public post shall immediately resign his or her elected mandate, office, and membership in the party.

However, ANO Vice-Chair and Moravian-Silesian Mayor Ivo Vondrak commented that Babis was not performing any public post at the time the case started and therefore his political work is not in a conflict, adding that the most important thing is, however, how Babis himself will respond.

Also, on March 21, after receiving documents from the EU proving that the project was insufficiently innovative, the Ministry of Industry and Trade also decided to withdraw a CZK100mn (€4mn) subsidy from the Babis´ Agrofert Group's Penam company for a production line on toasted bread.

"The assessment, which is key to the decision on the eligibility of the subsidy for the Zelena Louka Bakery, was provided by the [European] Commission in response to my letter. The documents have convinced us that it is appropriate to withdraw the subsidy for this project," said Minister of Industry and Trade Josef Sikela.

The EC had earlier decided not to reimburse CZK100mn paid to Czechia.  "The newly submitted documents include a professional evaluation of the project and can be considered valid and relevant. However, it is worth noting that the process of withdrawing the subsidy will be long and complicated and court proceedings cannot be ruled out," added Marian Piecha, Deputy Minister of Industry and Trade for EU Funds.

The EC is also still in dispute with Czechia over the way that the country continued to grant subsidies to Babis' Agrofert conglomerate, even though he was in a conflict of interest as finance minister and then prime minister. Babis denies that he has any control over the holding since he was forced to put it into a trust in 2017, but the EC has ruled that he still maintains control and benefits from the business.

Brussels has threatened to hold up reimbursement of EU subsidies to the government for payments made to companies owned by trusts until it makes changes to the system. Following the EC decision, Prague has not asked for repayment of subsidies paid to Agrofert since the company was put into trust.

The new government plans to reform the country's law on beneficial ownership to clarify the situation with trusts, but it has yet to publicise whether it will try to recoup from Agrofert all the subsidies it was granted and that the EC has refused to pay for.