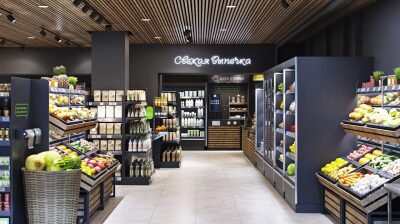 Food tech has emerged as a particularly fast-growing segment in the broader e-commerce boom fuelled by the coronavirus (COVID-19) pandemic. This trend is especially pronounced in emerging markets, where local players are trouncing global e-commerce giants like Amazon in the battle for market share.

Consumers around the world flocked to online shopping when the pandemic hit. But the lifting of lockdowns hasn’t stopped this trend, with people increasingly opting for the speed and convenience of e-commerce. In particular, the pandemic led millions of customers to try online grocery shopping for the first time – forcing supermarkets and larger online platforms to expand their food tech capabilities in response to surging demand.

Grocery delivery has now become a key driver of e-commerce growth, particularly in emerging markets, where lower levels of online penetration in the pre-COVID era have presented a major expansion opportunity for the sector.

In India, online grocery sales are expected to grow faster than other e-commerce sectors as food tech gains hold among a population of 1.4bn that still overwhelmingly relies on small local shops for its daily needs. The country’s e-grocery market is dominated by local delivery platforms Swiggy and Zomato, which have squeezed out international rivals like UberEats and Amazon Food, a food delivery app that Amazon launched in India last year.

And investors are betting heavily on this growth. Zomato completed a blockbuster IPO in July that was 35 times oversubscribed despite the company having never turned a profit. The same month, Swiggy raised $1.25bn in a financing round led by SoftBank and others to expand its food delivery operations.

Online groceries have also seen explosive demand in Russia. The food delivery market here grew three-fold in 2020 to RUB155bn ($2.09bn), according to Infoline analytics, and Goldman Sachs predicts it will reach RUB1 trillion by 2025. Yet the segment remains in its early stages and currently accounts for only 1% of total sales, one analyst told Forbes Russia. That means there is major room for growth.

About a dozen domestic players account for almost 90% of food deliveries in Russia. As of the first half of this year, the leaders were Russia’s largest food retailer X5 Group with a 16% market share, followed by Sbermarket and VkusVill with 14% each, according to Infoline. Other top players included Yandex.Lavka, the grocery delivery arm of Russian tech giant Yandex, and leading e-commerce platforms Ozon and Wildberries.

Among these companies, VkusVill – a fresh dairy product vendor-turned major health food brand and retailer – posted by far the largest growth in online grocery of 437% year on year. These results are all the more impressive given that VkusVill had close to zero e-commerce presence at the beginning of 2020. Today it has emerged as a leading food tech player, with online sales accounting for nearly 25% of turnover.

VkusVill will be an emerging market player to watch amid news that the company is reportedly preparing for an IPO. Among its unique features are a brand-centred approach – by some estimates, VkusVill is the leading health foods brand in Russia – as well as a disruptive, decentralised business model that even became the subject of a book.

VkusVill’s example suggests that tech capabilities are only part of the recipe for market success. The other ingredients are strong brand recognition and an understanding of consumer tastes, which are shifting towards healthy foods. In that regard, VkusVill is reminiscent of health food brands like Chobani, the Greek yogurt maker which reportedly filed for an IPO in July, and Swedish vegan milk producer Oatly, which raised $1.4bn in its US public offering this spring.

Online grocery players in emerging markets have attracted strong investor interest with their variety of approaches to meeting customers’ rapidly evolving needs. Food tech will remain an exciting space for growth and innovation as companies across the world compete for a bigger share of the food delivery pie – and the race is just beginning.

This article first appeared in New Economy Observer (NEO), a digital publication covering the intersection between finance and social responsibility, with a special focus on emerging markets. IT offer news and analysis on major issues shaping the new global economy, including climate change and renewable energy, sustainable development, e-commerce and tech innovation, and the future of work.