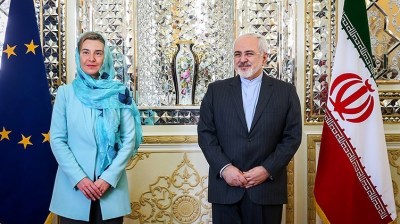 It’s three months late, will at least initially only deal with food and medical products not affected by sanctions and has been dismissed by US officials as a “paper tiger”—but will the new non-dollar payments system announced by the UK, Germany and France on January 31 to allow European businesses to trade with Iran without falling foul of US sanctions have enough symbolic political value to give a shot in the arm to Tehran?

Establishing the payments system, a special purpose vehicle (SPV) named the Instrument In Support Of Trade Exchanges (Instex), proved very challenging because a European Union member state willing to host it could not be found. The British, French and Germans overcame this difficulty by devising a model that shares the risk of US reprisals—the payment channel is based in Paris, is managed by a German banker—Per Fischer, Head of Financial Institutions at Commerzbank between 2003 and 2014—and comes with a board with UK decision-making participation.

Iran’s deputy foreign minister Abbas Araqchi said in response to the registering of Instex that the success of the mechanism would now depend on expert meetings that Iran is set to have with the Europeans, including between central banks. “It is a first step taken by the European side ... We hope it will cover all goods and items,” Araqchi told Iranian state TV.

But it is not just the Iranians who hope Instex—unlikely to become operational for several more months—will produce some tangible success. Europe too attaches real importance to expanding trade with Iran in the face of the US sanctions given that it intends to assert European economic sovereignty in response to the Trump administration’s unilateral foreign policy directed at the Iranians, policy it is seeking to impose on the Europeans. The EU, meanwhile, stung by the unilateralism of the current White House, is studying plans to challenge dollar dominance in world trade.

Far cry from original plans
After Instex was announced, EU foreign policy chief Federica Mogherini was quick out of the blocks to state that the plan is for the vehicle to eventually expand to allow European firms to trade more freely with Iran in a range of goods, including those subject to US sanctions. But Instex, as it stands, is a far cry from original purported plans to make it a clearinghouse for Iranian oil bartered in exchange for goods from Europe via ports in Italy and Greece. Oil, Iran’s big export earner, is for now entirely out of the equation.

“It won’t change things dramatically, but it’s an important political message to Iran to show that we are determined to save the JCPOA [Iran nuclear deal] and also the United States to show we defend our interests despite their extraterritorial sanctions,” one European diplomat was quoted as saying by Reuters.

The news agency also cited Rob Malley, a former Middle East director at the US National Security Council under President Barack Obama and now at the International Crisis Group think tank, as saying that although the payment channel’s economic impact would be modest there was hope the political symbolism could help persuade Tehran to stick to the nuclear deal. Hardliners in Iran have always fiercely opposed the decision of Iran’s centrist, pragmatic president, Hassan Rouhani, to sign up to the multilateral accord in late 2015. They resisted the move saying that the US could not be trusted to not back out of the required commitments.

Toughest ever sanctions
The sanctions regime imposed on Tehran by US President Donald Trump since last year is the toughest ever with which Washington has gone after the Islamic Republic. Trump wants to strangle Iran’s economy to the point that the Iranians come begging for a deal which would see big concessions on their activities in the Middle East as well as on their nuclear and ballistic missile development programmes.

He announced his sanctions policy in May last year when he pulled the US out of the nuclear deal that shielded Iran from crippling sanctions in return for compliance with measures designed to ensure Tehran does not move towards the development of a nuclear weapon.

Trump maintains that the accord is not demanding enough on Iran but the other signatories—Iran itself, the UK, France, Germany, Russia and China—were at pains to point out that Iran was honouring a deal that had been struck after years of painstaking negotiations (something that, to Trump's ire, even his own intelligence chiefs this week implied was the case). Sticking with the principled line of international diplomacy that there were no grounds for abandoning the nuclear deal, the remaining signatories have stayed in the agreement, while pushing back, where they can, against the sanctions assault.

Nevertheless, great numbers of foreign traders and investors, fearing they would be hit with secondary sanctions by the US, have pulled out of post-nuclear accord deals made with the Iranians, and, according to the IMF, Iran’s economy has sunk back into recession. Trading with Iran is now precarious as so many available payment channels have financial system links to the US, making any party connected to such trade vulnerable to Trump administration penalties.

European banks generally back off from any suggestion that they involve themselves in business linked to Iran.

US: No impact expected
Responding to the announcement of Instex, the US Embassy in Berlin said: "As the President has made clear, entities that continue to engage in sanctionable activity involving Iran risk severe consequences that could include losing access to the US financial system and the ability to do business with the United States or US companies."

It added that the US did not expect that Instex would "in any way impact our maximum economic pressure campaign" against Iran.

Belgian Foreign Minister Didier Reynders reacted to the formation of Instex by saying that while Europe did share some US concerns about Iran "at the end of the day it will be companies that decide whether or not they want to work in Iran, bearing in mind the risk of American sanctions".

Analysts have said that the US could define Instex as a legitimate target for its sanctions on the basis that any European entity with US connections, or which uses US dollars, that trades with Iran could expose itself to big fines.

Instex was expected to receive the endorsement of the entire EU at a meeting of European foreign ministers in Bucharest late on January 31.

The Guardian reported that if Europe placed a high-level diplomatic representation on the Instex supervisory board that may act as a firewall preventing the Trump administration from imposing sanctions.

FPRI BMB Ukraine: How well could Ukraine defend itself against a Russian attack?
1 day ago
Romanians gripped by cryptocurrency euphoria during the pandemic
2 days ago
BORDERLEX: EU Commission goes back to the drawing board to revive Turkey trade talks
3 days ago
COMMENT: Strengthening the foundation of the Uzbek capital markets infrastructure
3 days ago
COMMENT: Fresh US sanctions and OFZ primary market ban a global non-event, but sanctions possibly now entrenched quasi indefinitely
6 days ago