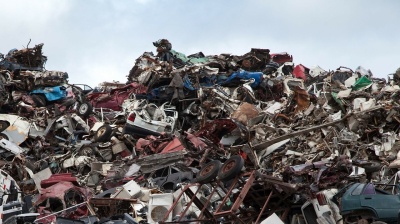 After the European Union adopted new regulations for exports of waste shipments, including scrap metal, European companies froze deliveries of raw material to the Ribnita (also known as Rybnitsa or Rabnita) steel plant in the Moldovan separatist republic of Transnistria.

Attempts by the Moldovan government to make imports of raw material for the Ribnita plant, one of the country’s biggest industrial enterprises, possible received criticism from human rights organisations, which pointed to the final beneficiary of the government’s actions: a rebel region that fails to protect human rights.

The plant in Ribnita imports about 70% of the raw material (scrap metal) it uses from EU countries. The business model of the company includes the use of cheap natural gas from Gazprom, for which the company pays a price to the separatist authorities in Tiraspol and not to Gazprom or local gas companies Tiraspoltransgaz or Moldovagaz.

Under the revised Waste Shipment Regulation, the European Commission stipulates that exports of waste to non-Organization for Economic Co-operation and Development (OECD) countries will only be authorised if the destination countries wish to receive certain waste and have the necessary capacity to manage it sustainably. All EU companies exporting waste outside the EU should ensure that the facilities receiving their waste are independently audited to demonstrate that they manage their waste in an environmentally sound manner.

As Moldova is not a member of the OECD, the plant will only be able to import scrap metal if Moldova demonstrates that it complies with EU environmental regulations in this regard.

This gives rise to a difficult situation for the plant in Ribnita, which is in a part of the country not under the control of the central government, and has not been issued an environmental permit by the authorities in Chisinau.

The prime minister of Moldova, Natalia Gavrilita, stated that the government has already asked the European Commission to allow exports of waste to Moldova, assuming that all EU requirements will be met.

The Moldovan government’s efforts to resolve the issue need some explaining. Officials appear to have initially misunderstood the regulations related to waste exports from the EU. President Maia Sandu mentioned Moldova being on a “black list” drafted by the European Union and, given her government’s pro-EU orientation, concluded that there must be some mistake or that the “black list” had not been updated in line with the new regime in Chisinau. Sandu apparently feared that the country’s position on the list could lead to it being shunned by foreign investors. Gavrilita explained the decision to request the resumption of metal imports from the EU by saying it would be in the national interest to protect the market.

In response to the criticism of its support for one of the largest Transnistrian companies, Moldova’s government explained that while Ribinta is currently the only company in the country that needs scrap metal, there is another investor interested in building a steel plant in Moldova as well.

Within a year, it is expected that Omni Steel will build a mini steel plant in the village of Panasesti, with an annual production capacity of 100,000-150,000 tonnes of concrete steel. However, the company has already said it plans to purchase raw material from within the country (given its smaller capacity compared to the Ribnita plant).

It is also relevant that in March Moldova will negotiate the yearly contract for electricity supplies with Transnistria’s power plant Cuciurgan (owned by Russian Inter RAO), which account for 75% of Moldova’s consumption.

To re-enable waste imports from the EU, the country needs to demonstrate the capacity to manage them sustainably and to carry out an independent audit of the waste disposal company.

However, the Moldovan authorities never had access to the enterprise in Rabnita in order to know what is happening there.

Eventually, Moldova’s Minister of Environment Iuliana Cantaragiu invited Ribnita steel plant to provide the necessary documentation to demonstrate its capacity to handle metal waste from the European Union properly. The plant has since applied for the permit, Cantaragiu told Radio Free Europe. But allowing Moldovan central authorities to inspect the plant would be something new for the separatist regime in Transnistria, which for three decades has asserted its independence from Chisinau.