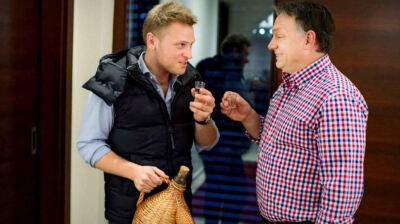 The European Commission has taken the first steps towards triggering the new rule of law mechanism against Hungary and Poland by sending letters to Budapest and Warsaw raising concerns over judicial independence and corruption.

Hungary's radical rightwing government, which had claimed it had "stopped" the mechanism and that it couldn't be launched before the 2022 elections, now has two months to reply.

The EU attached a new rule of law mechanism to the 2021-27 budget deal and the Recovery Fund in November 2021, which could enable the European Commission to withhold funding if states degrade the rule of law sufficiently to imperil the use of EU money.

Budapest and Warsaw challenged the mechanism at the European Court of Justice (ECJ), but this is regarded as merely a time-wasting exercise, with Viktor Orban just hoping to delay its implementation until after next spring’s general election.

Warsaw and Budapest have long said that the EU’s powers do not cover certain areas of governance. Poland’s government-controlled Constitutional Tribunal – itself a body whose legal status is questioned – said in October that the articles of the Treaty of the European Union, the bloc’s fundamental legal act, which pertain to judiciary matters, are incompatible with the Polish Constitution.

In the case of Poland the Commission's questions focussed on the influence of the government on the courts and the prosecution service; for Hungary the focus is corruption.

In the letter to Budapest obtained by Politico, the European Commission described systemic problems and lack of accountability for corruption in Hungary. Director-General for Budget Gert-Jan Koopman posed 16 specific questions to authorities on issues such as conflicts of interest, who benefits from EU funding, and how judicial review by independent courts is guaranteed.

Anti-fraud office OLAF issued financial recommendations in the areas of regional development and agriculture to Hungary almost eight times above the EU average between 2016 and 2020,

On a number of occasions, the government withdrew a large number of irregular projects or expenditures from EU funding following the Commission service's audits and OLAF investigations while continuing to finance these projects with national funding, according to the document.

Such moves have a "negative impact on the deterrent effect of Commission controls and audits, and of OLAF investigations, given the frequency of such practices".

One of the most controversial cases is linked to the former company of Viktor Orban’s son-in-law, who has become one of the richest men after he married the PM's daughter.

Elios, a company co-founded by Istvan Tiborcz, won HUF14bn in EU tenders to modernise street lighting in dozens of cities. When the OLAF found traces of organised fraud in the procurement procedures, the government paid for the work commissioned by Fidesz-led local governments out of the state budget, instead of requesting post-financing from Brussels for the project. Hungary’s prosecution office has found no fault with the project.

The Commission also asked the Hungarian authorities to “indicate the amounts from union funds that were used to finance projects in the Lake Balaton area”.

Hungary’s most popular resort has seen massive development over the past few years as the government declared tourism a strategic sector. Travel restrictions during the pandemic brought record visitors and guest nights around the lake. Critics note that a large portion of the funding went to family members and cronies of Orban, the likes of Lorinc Meszaros, seen as the proxy of the prime minister, or his son-in-law.

The government was also asked to provide a list of the 10 biggest beneficiaries of direct EU payments from the Common Agricultural Policy. Again, this is a thorny issue as Orban’s cronies had been actively buying up farmland across the country.

The government was also asked to indicate what measures were taken “to prevent and manage possible conflict of interests concerning the possible sales of shares of Budapest airport”.

As reported earlier, the government is involved in talks with the foreign owners of Budapest Airport on buying a controlling stake in CEE’s leading transport hub. A consortium led by the state, oil and gas giant MOL and US-Hungarian property developer Indotek has offered €4.4bn for the stakes, according to local media. The government hopes to strike a deal before the end of the year and close it before the April 2022 elections.

Hungarian officials have rejected findings in previous EU reports touching on the rule of law issues, saying that these reports are based on the opinion, or written by civil organizations that are biased against the government.