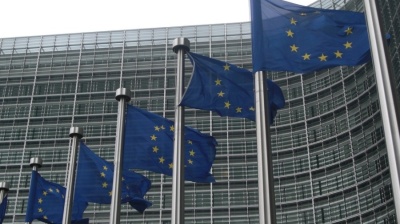 EU member states met again on September 30 to discuss imposing a price cap on gas imports, but there is still little consensus on what form the measure would take.

Energy ministers from the 27 states approved levies on energy firms’ windfall profits, to help raise funds to shield households and companies from soaring costs. The agreement includes a levy on fossil fuel companies’ surplus income made this year or next, and a second one on the excess revenues of low-cost power producers – namely those that do not use natural gas as a feedstock. The members also agreed to introduce a mandatory cut on power use during peak price periods.

Some countries feel this is still not enough to adequately address the energy crisis, and some have called on the European Commission to propose capping the price of gas imports. Speaking after the meeting, EU Energy Commissioner Kadri Simson made clear there was still no consensus on this issue.

“We will … try to negotiate a price corridor, not a fixed cap, that allows us to bring down the costs for our consumers,” she said at a news conference. “A wholesale gas price is a legitimate option, but it requires a radical intervention in the market.” She added that several “non-negotiable conditions” would need to be introduced for the price cap to work.

Germany, one of the countries hardest hit by cuts in Russian gas supply to Europe, has said it is opposed to an EU-wide price cap on gas imports. At a government conference in Berlin on September 30, a spokesperson for Germany’s economy ministry said that it instead favours a gas price “brake”, whereby governments set a gas price and then cover the difference to the actual market import price. In other words, governments would shield consumers at their own expense.

In contrast, an EU-wide gas price cap would see the bloc jointly agree to only pay international suppliers a fixed amount for their gas. The ministry spokesperson warned that this proposal – backed by 15 member states – created the risk that gas suppliers would simply direct shipments to other countries and further exacerbate supply shortages in Europe.

“We do not support an absolute maximum limit – in other words, a rigid price cap – because there is a risk that we will then no longer be able to buy enough gas on the world market at this price,” the spokesperson said. “And that would then be counter-productive if there wasn’t enough gas available, because then our security of supply would no longer be guaranteed.”

The energy ministers of Belgium, Bulgaria, Croatia, France, Greece, Italy, Latvia, Lithuania, Malta, Poland, Portugal, Romania, Slovakia, Slovenia and Spain all pledged support for the EU-wide price cap in a letter to the European Commission last week. Besides Germany, other countries that are opposed include the Netherlands.

Pipeline suppliers such as Norway and exporters in North Africa would be largely unable to divert supplies to other markets if such a price cap were imposed, although they could cut volumes. Russia has threatened to cut off supply altogether if such a measure was introduced.

Meanwhile, LNG exporters such as the US and Qatar would be more free to send their supply to other markets, primarily to Asia. Even those under long-term contracts could claim that the price cap represented a violation of their agreements.

Various other countries, including Italy, Bulgaria, Poland and Greece have floated alternative plans for the price cap comprising a rigid maximum price or a so-called dynamic cap, which would set EU gas prices one euro higher than the rival Asian price, the Japan-Korea Marker.

The group plans to take the unusual step of drafting their own plan for a bloc-wide gas price cap, Polish Climate Minister Anna Moskwa said on September 30 after the EU meeting, according to Reuters.