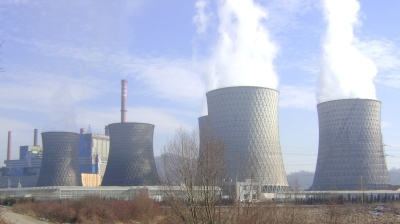 The new unit at Tuzla has provoked numerous objections by environmentalists and was examined by the Energy Community, an international organisation which brings together the European Union and its neighbours to create an integrated pan-European energy market, after in July 2018, Bosnia’s state aid body approved a guarantee for the €614mn loan. At the time, two environmental NGOs objected that the guarantee that is supposed to be provided by the Federation’s government might be illegal.

Looking again into the case, the secretariat concluded that the guarantee is indeed state aid and urged the Bosnian body to reopen its procedure and re-examine the guarantee in line with the Energy Community state aid acquis.

“The secretariat assessed the State Aid Council’s decision and the additional documents provided by the Elektroprivreda BiH and came to the preliminary conclusion that the Tuzla 7 guarantee in fact constitutes State aid. The State Aid Council’s decision is thus not in line with the Energy Community State aid acquis,” the secretariat said in a statement.

“We invite the parliament of the [Bosnian Federation] not to approve a guarantee which may constitute illegal state aid. Such approval could lead to lengthy and costly recovery procedures. Besides, the secretariat may have to open infringement procedures against [Bosnia] pursuant to the Energy Community Dispute Settlement Rule,” the secretariat’s letter reads.

In September 2018, the Sarajevo-based NGO Aarhus Resource Centre and CEE Bankwatch Network signalled to the Energy Community that the Federation’s plan to guarantee the loan does not comply with EU rules and should be investigated.

The proposed guarantee covers 100% of the loan instead of up to 80%. According to the statement from the two NGOs, while there are circumstances in which this is allowed, they consider the relevant conditions are not fulfilled in this case.

The following month, the Energy Community secretariat recommended to the Federation’s parliament not to approve the guarantee. However, the guarantee was approved.

The Tuzla power plant expansion is one of a numerous coal-fired power plant investments in the Western Balkans — five in Bosnia alone — most funded by Chinese banks, that are either at the planning stage or underway. Indeed, the existing Tuzla plant and the brand new Banovici plant are just 30km from each other, which raises questions about their economic viability. Both lined up funding from Chinese banks, and multilateral development banks are increasingly wary about financing new coal projects.

Lukashenko warns of war, closes the Western borders… not

Belarus' President Alexander Lukashenko called on the people of Poland and Lithuania to “stop your crazy politicians”, who he warned are spoiling for war, and announced that he was closing the borders with Poland, Lithuania and Ukraine.