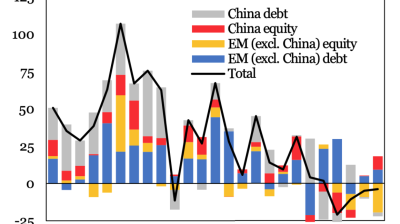 Growing concerns have driven up yields at the longer end of the bond curve across the developed world in the face of tightening monetary policy. That in turn is sucking out money from emerging markets.
By Ben Aris in Berlin July 7, 2022

Emerging markets saw $4bn of outflows in June as fears of a coming global recession grew stronger, the Institute of International Finance (IIF) said in an update on July 6.

“We estimate that EM securities suffered an outflow of $4.0bn in June 2022, making this the fourth consecutive month of outflows,” Jonathon Fortum, an economist with IIF, said in a note.

Following the shock caused by Russia’s invasion of Ukraine in February, the effects of the war and associated sanctions are starting to spill out into the global economy, raising fears stagflation will tip the global economy into recession.

The World Bank almost halved its global growth prediction to 2.8% this June and now global commodity prices have come off their April highs, when traders were worried about supplies, falling drastically in just the last few weeks as traders switch their concerns to withering demand. Oil prices dropped to below $100 per barrel on June 6 for the first time since the war started, and copper prices, widely seen as a forward looking indicator of where the global economy is going, have sold off from an all-time high of $10,500 per tonne in April to circa $7,500 now.

At the same time slowing growth fears are being fuelled by sky-high inflation that has led central banks around the world to aggressively hike rates. Economists say that the tightening cycle is far from over, although central banks in emerging markets began tightening much earlier than their developed market peers, led by Russia and Ukraine in March last year. Even after these hikes, many countries are still reporting deeply negative real interest rates. “We are in a global interest rate and high inflation shock,” says Fortum.

The growing concerns have driven up yields at the longer end of the bond curve across the developed world in the face of tightening monetary policy and rising “risk off” sentiment. That in turn is sucking out money from the emerging markets, in what IIF says, is an “outflow episode similar in scale to the RMB devaluation scare in 2015 and 2016.”

How long this will last will depend on when the inflation rise will peak. Drastic action by the Central Bank of Russia (CBR) at the end of February to hike rates as soon as the inflation risk became clear means that Russian inflation has probably already passed its peak. Ukraine’s inflation would likewise also already be falling, but the National Bank of Ukraine (NBU) has been forced to print money to fund the war, which threatens the economy, NBU Governor Kyrylo Shevchenko said in a recent comment.

Other countries in Emerging Europe are a bit further behind the curve, but thanks to a series of aggressive rate hikes inflation is expected to peak in many before the end of this year, as bne IntelliNews reported in a piece on stagflation.

“Despite the recent readings, we remain constructive, as most of the big emerging markets started hiking well ahead of advanced economies, which now leaves real longer-term interest rates across many EMs well above their G10 counterparts,” says Fortum. “That provides some protection from the current global interest rate shock. That said, there are obviously pockets of weakness in EM – where real interest rates are deeply negative – and risks for these countries are rapidly mounting.” 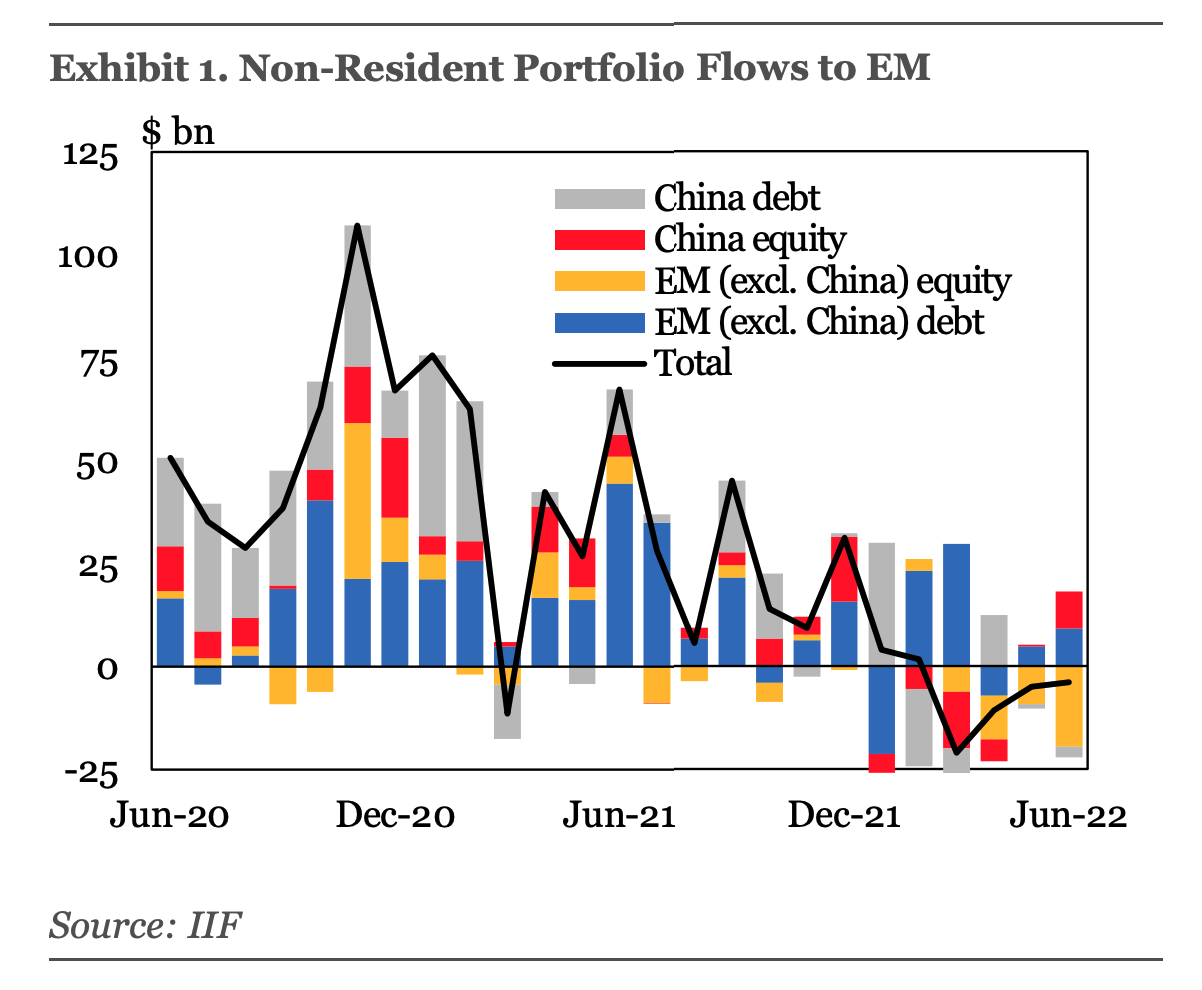 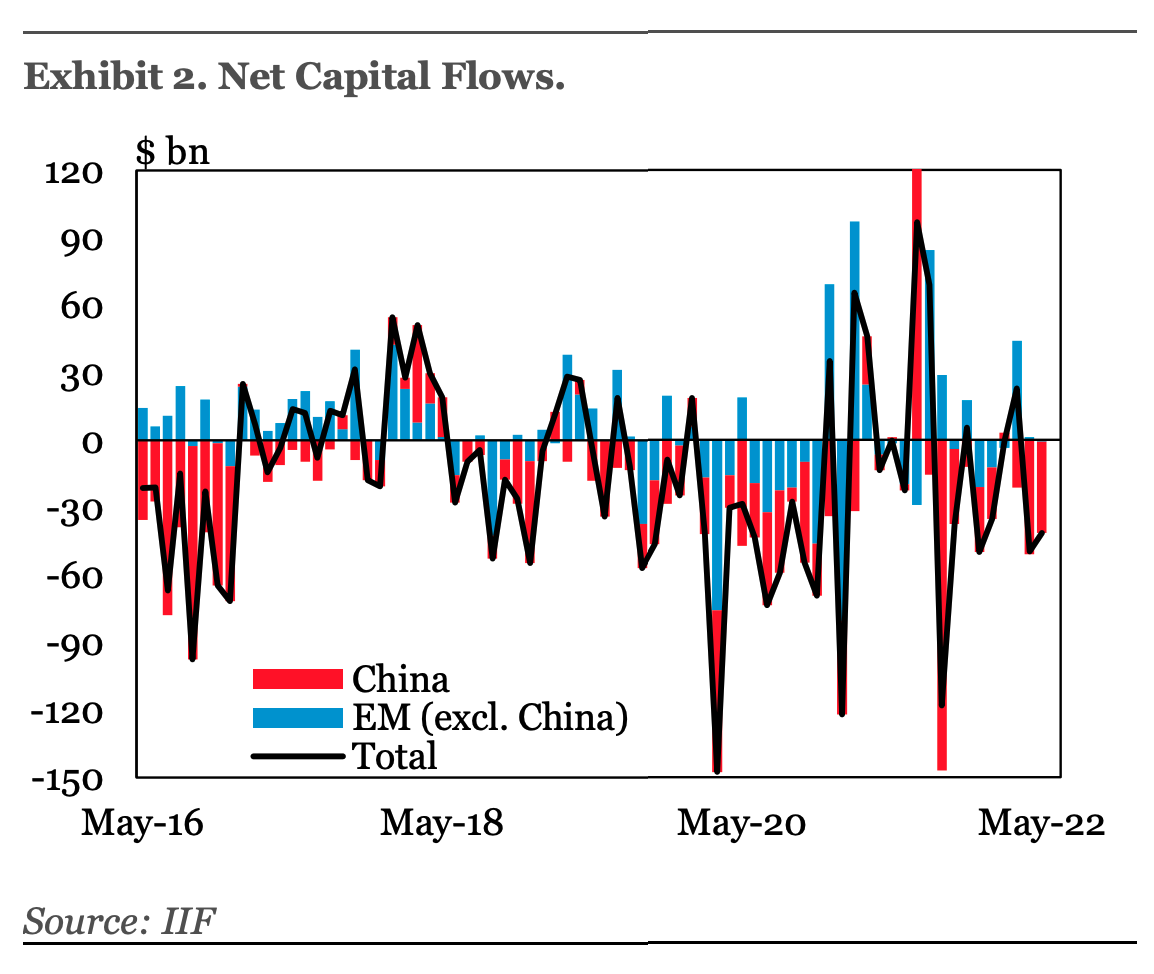