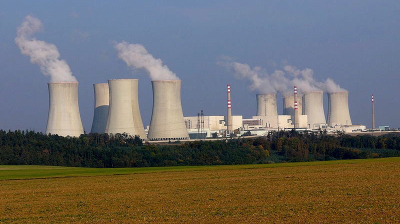 Czechia and Slovakia have accelerated their decoupling from their decades-long nuclear partnership with Moscow. Recent moves demonstrate that Central European states are moving to widen the cutting off of Russian energy links beyond gas, oil and coal, to include nuclear fuel and technology, where they have long been dependent on Moscow.

Czechia announced on September 12 that it will end its membership of the Joint Institute for Nuclear Research in Dubno near Moscow (JINR)  by December 31. Earlier this year, CEZ, the country's dominant largely state-owned electric utility, announced it would obtain its fuel supplies for its Temelin nuclear power plant (NPP) from Westinghouse of the US and France's Framatome from 2024.

The Czech Ministry of Education put out a proposal to leave JINR in March in response to the Russian army’s attacks on the nuclear facility in Zaporizhiya in Ukraine, which have mounted since then. The International Atomic Energy Agency (IAEA) describes the security situation at the site held now by Russian forces as “precarious”.

The Czech parliament voted to leave JINR in July and the cabinet aims to conclude the whole process by September in order to avoid paying more money to JINR. As a member country, Czechia paid some CZK130mn (€5.3mn) in annual fees.

“As of December 31 of this year Czech Republic ends its 66-years-long membership in the Joint Institute for Nuclear Research (JINR), where the Russian Federation is the dominant member and on whose territory this international organisation resides”, reads the Czech Ministry of Education statement.

Czechia has also launched the process of terminating fuel supplies from TVEL, Rosatom’s nuclear fuel supplying arm, and switching to Western suppliers. Deliveries of new US/French assemblies to the  Temelin nuclear plant will begin in 2024. Currently, in Temelin the company has fuel assemblies for approximately two years of operation of the Russian-designed VVER-1000 reactors.

CEZ has also reportedly been in talks with Westinghouse over nuclear fuel supplies for Dukovany’s Russian-designed VVER-440 reactors. The country's second nuclear plant  currently has supplies of Russian nuclear fuel for even longer than at Temelin.

The government launched a tender to expand Dukovany in March, with Russia's Rosatom having been excluded in March 2021 because of Moscow's alleged involvement in the sabotage of the Vrbetice ammunition depot.

Slovakia is also trying to cut its Russian links for supplies to its VVER-440 reactors. Slovenske Elektrarne's CEO  has stressed that Slovakia is not dependent solely on Russia anymore.

“We launched an international tender for new supplies of nuclear fuel a month ago”, Strycek told reporters as the recently authorised  new nuclear reactor at the Mochovce NPP began to load fuel.

French Framatore and American Westinghouse are expected to enter the tender besides TVEL,  the current supplier.

Westinghouse, however, does not currently produce the fuel needed by the Slovak nuclear  power plants at Mochovce and Bohunice and it would also likely be more expensive. Nevertheless, Strycek said Slovenske Elektrarne have been in touch with other VVER-440 operators and that Westinghouse had already developed and tested fuel for these type of reactors.

Both countries have been tied to Soviet nuclear technology since they were satellites of the Soviet Union and even today the Russian nuclear lobby is still a powerful voice in their energy politics. As recently as last year a large portion of the Czech political establishment, including the populist ANO party of controversial billionaire Andrej Babis and members of the ruling ODS party such as influential South Bohemian Governor Martin Kuba argued for Rosatom to take part in the planned tender for the expansion of the Dukovany NPP on the grounds that it would push down the costs.

Bulgaria, Hungary and Finland also still rely on Russian nuclear fuel for their Russian-designed VVER-400 reactors.  However, neither Bulgaria nor Hungary is looking to cut their nuclear ties with Moscow. Hungary is even deepening its links by commisioning Russia's Rosatom to build its  long-delayed new nuclear reactors at Paks.

Although Bulgaria  attempted to cut its ties with Russia during the previous government of Kiril Petkov, the interim cabinet of Gulub Donev appointed by President Rumen Radev seems determined to bring the country back into the Russian energy orbit.