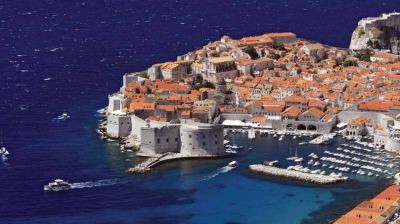 The EU’s newest member Croatia started its first six month presidency of the European Council on January 1 with the theme "A strong Europe in a world of challenges”
By By Clare Nuttall in Glasgow January 6, 2020

Croatia will chair the Council of the EU until July 2020, and the government has drawn up a detailed programme for its presidency, that has been aligned with the EU's new strategic programme for the period 2019-2024, state news agency Hina reported.

Three major upcoming events during the Croatian presidency are the EU-Western Balkan informal summit in Zagreb in May, agreement on the next seven-year EU budget, and a conference on the future of Europe.

While Charles Michel is president of the European Council, top Croatian officials — Prime Minister Andrej Plenkovic and Croatia’s president who is due to be decided at the January 5 second round of the presidential election — will also have a major role.

Croatia’s slogan for its presidency is "A strong Europe in a world of challenges”, and its programme is based on four themes: “A Europe that develops; A Europe that connects; A Europe that protects; and an influential Europe.”

Concerning EU enlargement to the Western Balkans, the Croatia document points out that the upcoming summit will be held 20 years after the first EU Zagreb summit when dialogue was launched with Southeast European countries. (Croatia at the time was an aspiring member as several of its neighbours are today.)

“The presidency will focus on achieving progress in accession processes and in the implementation of stabilisation and association agreements. Albania and North Macedonia are candidates and the presidency will advocate launching talks with those two countries as well as Bosnia and Herzegovina's possible advancing to the status of candidate country,” says the programme as quoted by Hina.

It will also “encourage the fulfilment of the necessary criteria for the further progress of Montenegro and Serbia in their accession talks.” “Kosovo is a potential candidate and the presidency will see to it that relations with Kosovo are further developed,” it adds.

Another issue still to be finalised is Brexit, and the Croatian presidency will aim to ensure “an orderly exit of Great Britain from the EU and the opening of talks on future relations.” Among the other areas of interest for Zagreb are further deepening the European banking union, increasing the resilience and stability of the EU's banking system, and strengthening and integrating EU member states' capital markets.

With its declining population, demography is of concern in Croatia, along with other Central and Southeast European EU members, and the country will work on promoting activities and measures to alleviate the negative fiscal effects of demographic trends during its presidency.

Emphasis is placed on further deepening the single market and developing a long-term sustainable industrial policy strategy in line with the demands of the digital era, according to Hina.

The document also hones in on tourism, a major contributor to Croatia’s GDP. “Croatia advocates a policy of responsible and viable tourist development with emphasis on encouraging the diversity of tourist trade and helping the development of tourism in under-developed regions,” says the document.

Spring lockdown caused spike in online transactions in Croatia
ING: Growth in the Balkans: from zero to hero again?
Labour demand down 28% y/y in Croatia in 2020