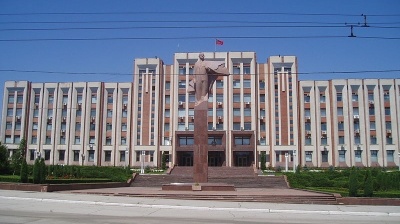 The Obnovlenie (Renewal) Party, created and funded by influential local business group Sheriff Holding, secured 29 of the seats in the Moldovan separatist republic of Transnistria’s parliament in the general election on November 29. That gives the party an overwhelming majority in Transnistria’s new slimmed-down parliament of 33 deputies.

Given that Transistria’s President Vadim Krasnoselski, elected in 2016, also came to power with the political, financial and media support of Sheriff, he now controls all branches of power. Sheriff is understood to exercise a high degree of control over Transnistrian courts too.

Moreover, the four new deputies who are not members of Obnovlenie are linked to the party, Andrei Mospanov, deputy director of the Tiraspol-based Institute for Social-Political Studies and Regional Development, told Russia’s Kommersant. The four include three businessmen who have economic relations with the holding company and a political scientist also close to Sheriff.

As well as backing Obnovlenie, Sheriff is a diversified group with assets across numerous sectors in the tiny unrecognised republic. They include the Sheriff supermarkets chain, a chain of petrol stations, a TV channel, a publishing company and the lavish Sheriff stadium that hosts the FC Sheriff Tiraspol football club.

Members of the Obnovlenie party were previously part of the local parliamentary majority, but now the party in effect controls all the seats in the parliament.

The result was delivered with a turnout of just 27.79% — 114,000 of the 412,000 registered voters — the head of the local Central Election Committee (CEC), Elena Gorodetskaya, told state news agency NovostiPMR.

Opponents of Obnovlenie say the vote was rigged, with rival candidates blocked from standing.

The election outcome was not a coincidence but the result of a thorough vote rigging process, the head of the School of Political Studies in Tiraspol, Anatoli Dirun, claimed to Kommersant. Dirun attempted to run for a parliament seat but was thwarted. Alternative candidates were rejected at the registration stage, Dirun said.

"Some did not reach the elections because they were advised not to run. Others, like me, arrived, but suddenly it was found that the signatures were presented incorrectly,” Dirun told Kommersant.

In the end, a situation arose in which in 23 of the 33 constituencies, candidates ran with no rival.

Officials say the turnout was low because people stayed at home to avoid the risk of infection. However, both Mospanov and Dirun are convinced that the unprecedentedly low turnout can be explained precisely by the elimination of opposition candidates.