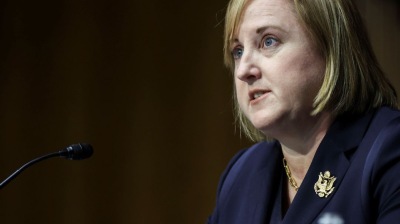 Exiled US ambassador to Belarus, Julie Fisher, called Belarus the "North Korea of Europe" in comments to a Senate Select committee. / wiki
By bne IntelliNews June 11, 2021

The barred US ambassador to Belarus, Julie Fisher, called Belarus the “North Korea of Europe” in testimony before a US Senate Foreign Relations Committee hearing on June 9.

The comment is a scaling up from the moniker “last dictator in Europe” that was given to Belarusian President Alexander Lukashenko by former US secretary of state Condoleezza Rice, who served in the George W. Bush administration, and highlights the stalemate that has developed in the country where Lukashenko cannot quell the protests entirely but the opposition cannot oust him.

Fisher was appointed last year as relations with Belarus improved, but since the disputed presidential elections on August 9 last year, she has been refused an entrance visa and has had to work from neighbouring countries and has been touring Europe to co-ordinate US policy with its EU allies.

Fisher said during the same hearing that Lukashenko has become ever more reliant on backing by Russia and claimed that Lukashenko can “no longer can influence Russian military actions in Belarus”.

Lukashenko's "willingness to increase dependency on Russia in every possible sphere ... has brought him to the point of being in no position, really, to barely have a say in what it is Russia would decide to do militarily," Fisher said.

The US and NATO members in the region fear that Russia will station troops inside Belarus and could launch an attack on the Baltics or Kyiv from the country.

Lukashenko has long resisted hosting a Russian military base in Belarus, while the Kremlin has been keen to set up a base there to act as a buffer state and halt the eastern expansion of NATO forces up to its border. The fear of Belarus moving closer to NATO under a government led by the current opposition is one of the reasons that the Kremlin has decided to back Lukashenko against almost universal opposition from the population.

Opposition leader and presidential candidate Svetlana Tikhanovskaya, who is widely believed to have won the August elections, also testified at the hearing and called for tougher US and European Union sanctions targeting Lukashenko's income sources, including "cronies who finance the regime" and state-run enterprises.

The mass protest that took over the streets of most of the major cities of Belarus last summer have failed to restart in the face of Lukashenko’s brutal repression and the opposition leadership have changed tactics hoping to put intolerable economic pressure on Lukashenko, in the hope of undermining his support with the elite.

Tikhanovskaya testified by telephone from Prague to the Senate Foreign Relations Committee.

The meeting comes as part of the preamble to US President Joe Biden’s summit with Russian President Vladimir Putin in Geneva on June 16. Biden arrived in Cornwall on June 10 for a G7 summit hosted by the UK and hopes to bring a co-ordinated position with the EU to his talks with Putin next week.

The White House has been playing down expectations for the meeting, saying that the most that can be expected is a stabilisation of relations. Belarus will be on the agenda, as will climate change. Berlin said this week that it hopes arms controls will be a topic, which has already been mentioned several times, but in doing so signalled that restarting arms control talks is a top priority for Germany, which is also high on the Kremlin’s agenda.

Tikhanovskaya also picked up on the North Korea theme and said that United States and EU should implement "a comprehensive and unwavering response" to force Lukashenko to hold a new election and end what she called his abuses.

"Otherwise we all will face such situations in the future as Lukashenko is turning my country into the North Korea of Europe – non-transparent, unpredictable and dangerous," she told the committee, referring to one of the world's most repressive nations.

Fischer’s comment indicates the US is alarmed by an escalating number of military movements involving Russian and Belarusian troops inside the country. Russia and Belarus are planning a record number of military exercises, according to experts, and have signed a strategic partnership accord, although details are vague.

Observers say that the Kremlin may be using Lukashenko’s near total dependence on the Kremlin to push through a deal on a military base. There is also speculation that Minsk will be forced to recognise Russia’s annexation of Crimea, which Lukashenko pointedly refused to do in 2014 in order to use it as a chip in his talks with the West. However, plans for a Belavia flight between Minsk and the Crimea have been mooted.

Earlier in the day, Tikhanovskaya told the Czech Senate that an international tribunal should be established to investigate what she called the "crimes" of Lukashenko's "dictatorship". Tikhanovskaya was visiting Prague before a summit of the G7 advanced economies in the UK this week at which Belarus is expected to be discussed.