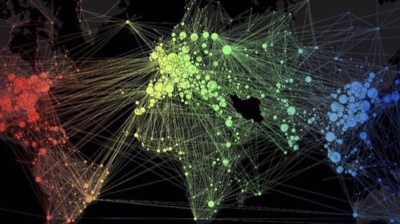 Iranian national security officials will no doubt be pleased with the unprecedented blackout achieved. / #IranProtests.
By bne IntelliNews November 21, 2019

Iran on November 21 appeared to be gradually restoring access to the global internet following an unprecedented six-day shutdown that left the world unable to reliably gauge the extent of social unrest that broke out following the sudden introduction of a big petrol price hike. 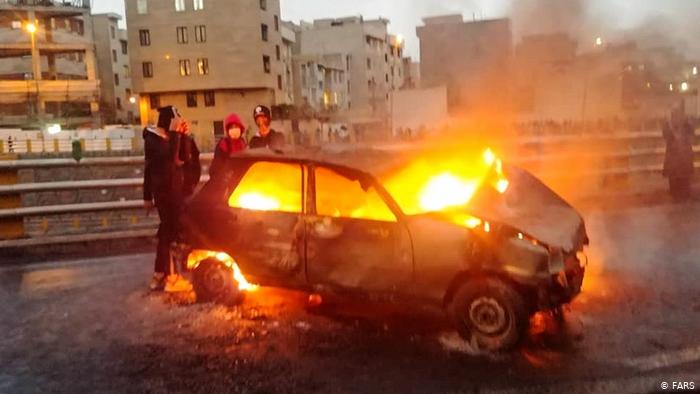 Some dramatic pictures of the unrest were put out even by some official Iranian news agencies (this one is from Fars) but international media lost track of whether the protests and riots were sporadic or extensive and consistent. Expatriate Iranians on social media complained that the world lost interest.

Semi-official ISNA news agency reported that the internet was already live in the southern coastal province of Hormozgan. “The internet connection has been restored in Hormozgan province and all social media applications are active again,” it reported. According to many accounts Hormozgan was a hotbed of protests during the wave of unrest. Towards the end of November 21 there was a spate of reports that the internet was coming back on in some other provinces and Tehran, but bne IntelliNews was having no joy in contacting people in the Iranian capital on social media. 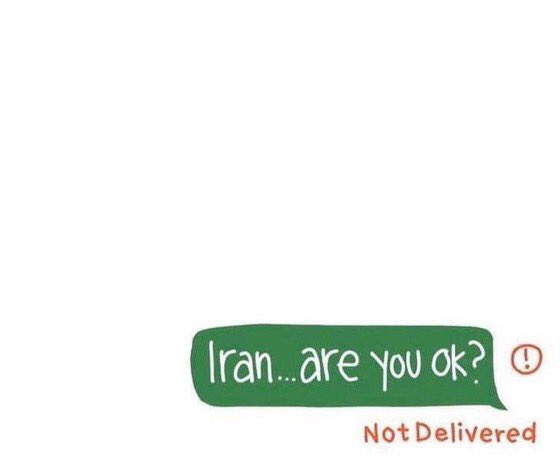 Iranian officials have said since the start of this week that the internet would be restored if calm was restored in the country, but they appeared to be slow in living up to their word—unless there was still more trouble on the streets than observers had been able to detect amid the digital blackout.

Amnesty International has said that amid the protests, which began on November 15, it has documented at least 106 deaths of protesters killed by security forces. That would make it the worst street unrest in Iran in at least a decade and possibly since the 1979 Islamic Revolution. Officials, who have blamed “foreign foes” for whipping up peaceful petrol protests into violent anti-government riots, say several members of the security forces were killed by rioters.

Regimes ‘will be encouraged’

Analysts fear that regimes around the world will be encouraged by how effectively Iran managed to disconnect its population of 81mn from the global internet while keeping internal market and other systems working using its so-called “halal net”, a closed-off version of the internet similar to China’s “Great Firewall”.

The blockage of digital access made it extremely difficult for protesters to post videos and other material on social media to generate more support and collate reliable reports on the extent of the unrest.

In recent years, Iran has been pressuring businesses to shift domestic operations on to the “National Information Network”. It by now offers its own banking platforms, industrial services and messaging apps (which activists are convinced are closely monitored by authorities). Somewhat ironically, the tough US sanctions imposed on Iran since last year forced US-based internet-service firms such as Amazon Web Services and Google Cloud to cancel accounts with Iranian companies, thus forcing the firms to switch to the Islamic Republic’s internal network and infrastructure.

Two sources able to monitor “halal net” internet traffic inside Iran confirmed to the Guardian that during the firewalling off of the global internet there was no significant disruption, indicating hospitals, financial software and even ride-sharing apps were still able to function, even as Iranians were unable to connect to websites such as Google.

“They hadn’t tested it before, so they’ve discovered a lot of things do need access to the outside world,” Mehdi Yahyanejad, a technology activist and researcher, was quoted as saying. “Many private companies are still in operation, but at the same time I’ve heard some hospitals can’t run their payment systems so people have had to pay in cash. But over time they are going to perfect it, now that they’ve seen how useful it can be,” he added.

“It’s the birth of a new kind of internet and we’re watching it go live in our charts,” Alp Toker, the director of Netblocks, a group that tracks internet disruption, said.

The European Union earlier on November 21 said it expected Iranian authorities to restore communications and exercise "maximum restraint" in handling the protests, saying the rights to freedom of expression and assembly "must be guaranteed".