AFC Capital: Uzbekistan’s golden hedge in a time of coronavirus 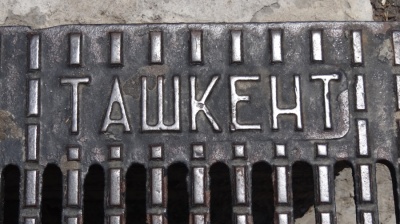 Global emerging markets equity funds have been hit by a sell off caused by the coronavirus epidemic, but not Uzbekistan which is well positioned to weather the storm / wiki
By Scott Osheroff in Singapore March 3, 2020

The Uzbek government has been proactive in avoiding having any Covid-19 cases in the country thus far and the silver lining to its early stage financial development has made its equity market a golden hedge.

While in late January the government was already conducting temperature checks at international borders and airports, in February Uzbekistan Airways cancelled direct air travel between Uzbekistan and China and Uzbekistan and South Korea. Then the country banned the export of face masks to ensure ample domestic supply, while sending emergency medical supplies to China.

In late February Covid-19 cases were reported throughout the Middle East, namely in Iran, and after one case was reported in Afghanistan the Uzbek government has considered closing its border with the country to prevent any spread of the disease.

The government’s actions have thus far prevented any panic in the country aside from parents buying facemasks for their children, while grocery store shelves and the bazaars are fully stocked and functioning normally.

This is because the country only opened in late 2016 and hasn’t had the time to thoroughly integrate with the global economy, though this will undoubtedly occur over the coming decade, just as happened in other Asian frontier markets such as Vietnam and Bangladesh.

In its early stage of growth, with the largest manufacturing and agro-industrial base in Central Asia, Uzbekistan is largely self-sufficient in many industries and is in fact a key exporter of value-added products to the region, including nuts, apples, cherries, textiles, fertilizers and etc. Therefore, the country can take its time integrating with the regional and global economy, while maintaining high growth in the process.

As the pace of exports accelerates from approximately $14bn in 2019, Uzbekistan’s foreign exchange reserves are likely to swell beyond their current $30bn and GDP per capita ($1,588 as of 2019) will be propelled higher, turbocharging the young domestic consumption story.

Uzbekistan’s second “golden hedge” is quite literally gold and its conservative fiscal policies. Being the world’s 9th largest gold producer, in February Uzbekistan reported that $16.59bn of its $29.9bn of foreign exchange reserves were in gold.

With high debt levels in developed and emerging markets and the Covid-19 virus giving Central Banks an incentive to explore ever more extreme forms of monetary policy, such as helicopter monetary policy, which is being implemented in places like Hong Kong (where on 26th February 2020 the Hong Kong government announced it would be giving HKD10,000, or $1,300 equivalent, to every permanent resident over the age of 18 in order to “stimulate” the economy), gold appears to be an increasingly valuable currency.

Uzbekistan has a remarkably strong balance sheet. With GDP of $53.8bn and an external debt to GDP ratio of only 40%, the country’s gold reserves at end of February stand at 33% of GDP, one of the highest such ratios in the world.

As Uzbekistan continues to privatize and liberalize its economy, perhaps in time the Tashkent Stock Exchange will evolve into a safe haven of attractive asset values and high growth and dividend yields for foreign investors, something quite plausible when considering how far Uzbekistan has come from its hard-line Soviet-style of rule experienced under former President Islam Karimov until 2016 when he passed away. Uzbekistan having transformed so greatly over the past three years, the coming three years will hopefully be as, if not more, transformative.

The investment will be comprised of 40 projects, which will include the development of a new gold district. With proven gold reserves of 3,700 tons, and likely much more in inferred and undiscovered resource, this investment program aligns well with the government’s plan to conduct an international IPO sometime in the 2020’s.