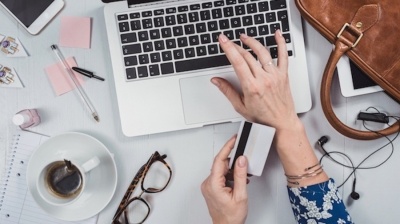 Bulgaria has the lowest share of online purchasing in the EU and in contrast to neighbouring Romania, where e-commerce is booming, many retailers have not made significant long-term benefits from the shift online during the pandemic.

In recent years, e-commerce has been growing steadily, but from a low base. In the last five years, the annual growth of e-commerce in Bulgaria was between 21% and 35%, the Bulgarian e-Commerce Association (BEA) announced at a round table earlier this month. The growth on the online market in 2020 was lower, at only around 9%, but the slower growth was due to the 30% decline in online sales of services (including hotel reservations and package holidays and air tickets), while sales of goods soared by 36%. That took the overall size of the Bulgarian e-commerce sector to €974mn.

Still, as compilations of data from the European Union’s statistics office Eurostat show, Bulgarians are the least likely across the bloc to shop online. The percentage of enterprises in the EU 27 making e-sales ranged from 39% in Ireland to just 11% in Bulgaria according to the latest data from 2019. This wasn’t a sign of an east-west divide as among the top five countries in terms of the number of companies making e-sales were Croatia and Czechia (both 31%).

That was before the pandemic. In spring 2020, more people started buying online, including in Bulgaria, and companies shifted their offerings online to continue to reach customers while bricks and mortar shops were closed. Earlier this year, the BEA called 2020 a “turning point” for development of online commerce.

This has also been reflected in the growing international interest in e-commerce in Bulgaria. Among the investors are the ‘Amazon of Romania’, eMAG, which is not only one of Bulgaria’s most popular online marketplaces, it is also opening a network of bricks and mortar showrooms across the country. The latest launched at Shopping City Buzau in the south of the country in late September. Overall, eMAG plans to invest €50mn in Bulgaria over the next three years, the company announced in June. Another entrant is international used clothing site Thredup Inc, which bought Bulgaria's Remix Global, which operates the Remixshop online second-hand clothes shop, in July. They operate alongside the online offerings of local retailers.

However, turning point may be overstating it, as once the lockdowns were lifted, at least some of the consumers who went online returned to the shops. A series of surveys carried out this year by market research agency Nielsen Admosphere Bulgaria sheds light on why this happened. One survey by the agency revealed that while around one third of Bulgarians started shopping more online during the pandemic year, less than half continued to follow the same pattern after the lockdowns ended.

That’s not to say people aren’t shopping online; 92% of people in Bulgaria with Internet access have experience with online shopping, and 40% buy online at least once a month. But Nielsen’s research shows that only 15% of respondents started shopping online more often during the lockdowns and then continued to do so, while for 12.5%, more active online shopping was a temporary phenomenon and they returned to their usual habits post-lockdown.

A separate study by Nielson shows that the most bought category online is clothes and shoes. During the pandemic, there was also a big upturn in purchases of ready-made food, food supplements and medicines and goods for sports and leisure. Other popular categories were DIY goods and training courses. 45% of Bulgarians shop online because of special offers and discounts, according to the same survey. For 44% of respondents (50% of men, 38% of women) the advantage of online shopping is that it is quick and easy and for 42% it’s the possibility of convenient and fast delivery to their home or a nearby courier office. 33% shop online because they can't find what they are looking for in a physical store near them.

Among the reasons for the slow development of Bulgaria’s e-commerce sector is the country’s small population (at just over 7mn it is less than half the size of Romania’s). It is also the poorest country in the EU and has the lowest share of households connected to the internet.

Another issue, as explored earlier this month at a fund table organised by the European Consumer Center Bulgaria (EPC Bulgaria) is trust.

"Internet commerce is growing every year. … in our everyday life it is not uncommon for consumers to fall victim to unfair traders, although the number of consumers who know their rights well and know how to assert them is steadily growing. In the first half of this year there was an increase of about 50% of received and processed complaints to the CPC compared to the same period last year,” said Dimitar Margaritov, chairman of the Consumer Protection Commission, told the round table.

"To some extent, the regulations react a little slower to the rapid development of online commerce, especially when it comes to sales on social networks,” added Margaritov.

Sonya Spasova, director of EPC Bulgaria, said the centre had been approached by customers seeking help because of difficulties in returning an order or because of goods that had not been received or had been delayed.

Bogomil Nikolov of the Active Consumers Association tressed that "When shopping through social networks, consumers should be especially careful”, and BEA chairwoman Janet Naydenova made the point that for a small share of sales the customer doesn’t know where they are buying from.