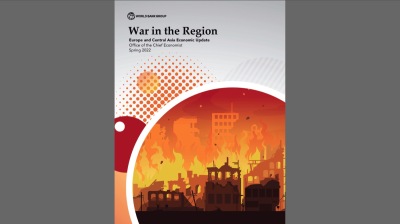 The following is an extract from the World Bank’s Europe and Central Asia Economic Update, “WAR IN THE REGION” economic forecast released on April 10.

The fallout from its invasion of Ukraine has rapidly overtaken Russia’s economic outlook. The strongest set of co-ordinated economic sanctions, swiftly imposed, will severely impact Russia across multiple dimensions. The sanctions amount to co-ordinated shocks to trade, external financing, financial intermediation and confidence.

The withdrawal of many foreign enterprises from the Russian market and a sharply deteriorated outlook will leave Russia bereft of investment, while pressure on households from fast-rising prices and declining incomes will push consumption lower. A deleterious effect on households will, at best, only be partly offset by domestic policy responses.

Looking further ahead, Russia’s pre-existing challenge of raising medium-term growth sufficiently to support improved living standards for its population is now far more daunting. Yet given the adverse shock it now faces, this challenge is all the more important.

Before the invasion of Ukraine and the ensuing sanctions, Russia’s economy was recovering well. Growth in 2021 reached 4.7%, following a 2.7% decline in 2020. The general government budget returned to a surplus of 0.8% of GDP. The current account surplus expanded to $120bn – exceeding its 2019 level – as commodity prices increased and outbound tourism remained muted. By the end of 2021, consumer price inflation had become a central concern, reaching 8.4% year-on-year in December. The rise in inflation was broad-based, reflecting a combination of robust demand for goods, increases in energy and food prices, and global supply bottlenecks. The banking sector proved resilient during the COVID-19 pandemic, with economic recovery and credit growth helping to improve balance sheets in 2021. Labour markets strengthened, too, in 2021; the unemployment rate fell to 4.8%, close to its pre-pandemic low.

The imposition of sanctions has led to a precipitous drop in Russian asset prices and the ruble, with the latter depreciating by 30% against major currencies. In response, the Russian authorities doubled interest rates, announced a RUB1 trillion fiscal package, imposed capital controls, and introduced forbearance measures and special regulations for financial markets aimed at stemming the capital flight and easing pressure on the financial system.

Uncertainty over the forecasts is unprecedentedly high, conditional on Russia’s military actions in Ukraine and the global response. The severe impacts of sanctions already in place are expected to drive Russia’s GDP down by 11.2% in 2022, largely due to a contraction in domestic demand.

High uncertainty, depreciation, disruptions to trade and business closures are expected to result in a 17% slump in investment. A decline in employment and real wages, elevated outmigration and rising costs of living will weigh on private consumption, which is expected to fall by 8.5%. SWIFT and FX restrictions will impede cross-border transactions, leading to delays and cancellations.

Announced bans and reductions in purchases of Russian oil and gas are expected to lead to a substantial fall in shipments this year, while larger slump in non-energy export volumes is also anticipated.

However, the current account balance is expected to strengthen, as the fall in exports will be more than offset by a contraction in imports. High levels of capital outflows are expected from Russia this year. In 2023 and 2024, GDP growth is expected to rebound only gradually, at 0.6 and 1.3% respectively.

Overall, consumer price inflation is expected to rise from 9% in 2021 to 22% in 2022, and to stay well above the central bank target in the projection period.

A decline in economic activity and higher expenditure needs are expected to turn the general government surplus into a substantial deficit in 2022. The adverse impact of the shock on the financial sector makes a major credit crunch likely, while continued pressure on the corporates and banks, combined with eroded buffers, spells a heightened risk of bank failures and systemic crisis in the sector.

Households are expected to be impacted by the crisis via four channels – limited access to goods and services (either because of inflation, shortages or even rationing), falling labour incomes, asset price falls, and migrant workers likely to be especially affected via falling remittances.

Risks are skewed to the downside, as additional rounds of sanctions could further impact Russia’s outlook. A disruption in oil or gas receipts, or more severe dysfunction in domestic financial markets, could push growth lower and poverty rates up. Still-low COVID-19 vaccination rates and the prospect of new variants remains another source of risk. 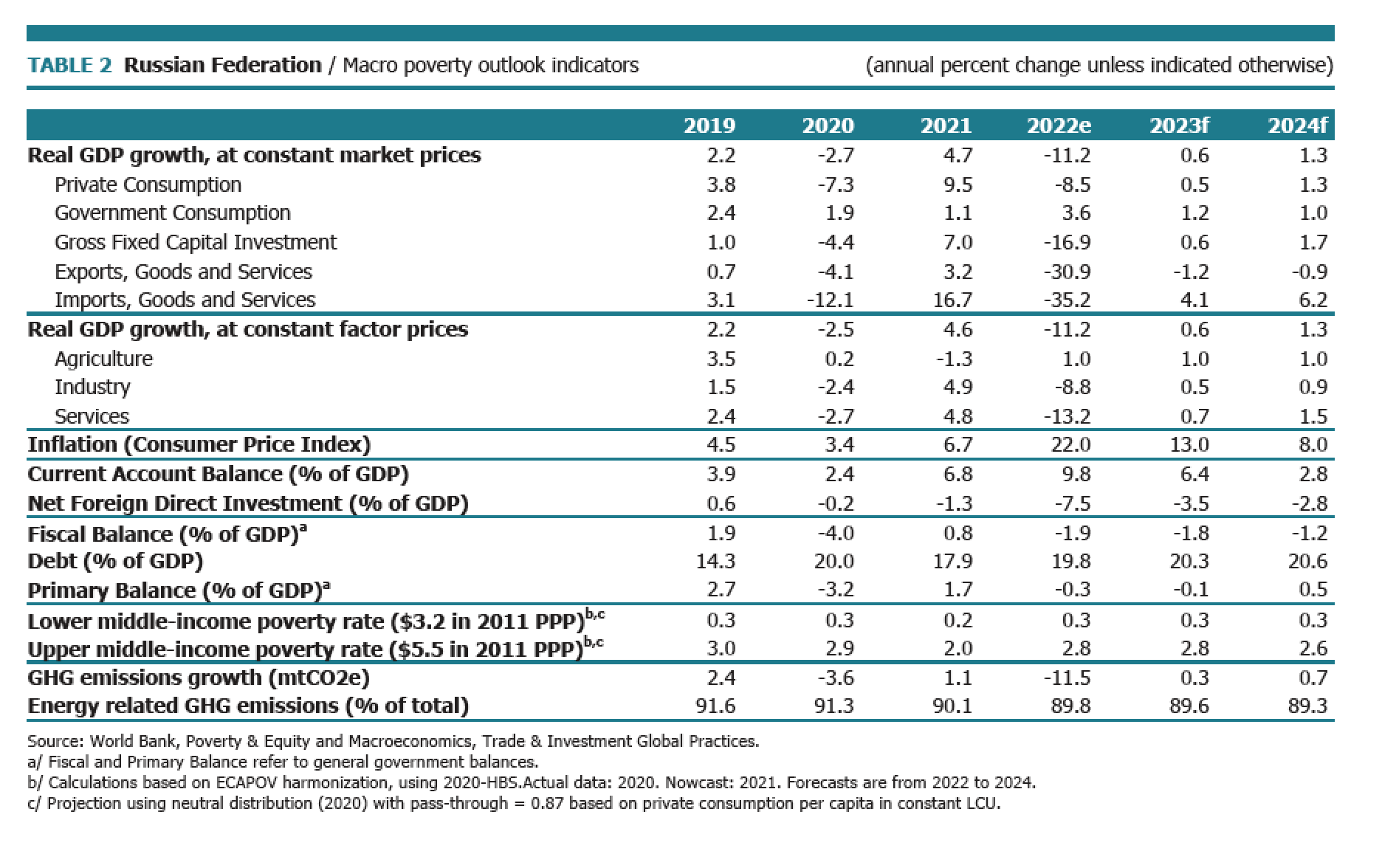 According to historian Adam Tooze, we are currently potentially facing a “polycrisis”: a number of smaller to medium-sized crises in the world that have the potential to combine and reinforce each other.

NEMETHY: Is the world heading towards a “polycrisis”?
13 hours ago
OPINION: Ukraine refugee-internal displacement bond gains traction
1 day ago
Russian men fleeing the draft are caught between suspected of being pro-Putin and Western closed-door policies
6 days ago
Sanctioned Russian diamonds are reaching the US consumer, but some are getting there legally – for now
7 days ago
EBRD: Reduced gas supplies and inflation to slow growth further in EBRD regions
7 days ago