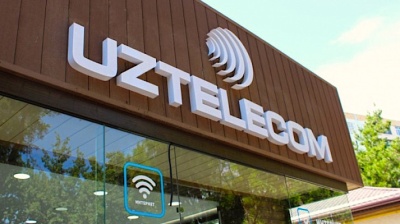 Uztelecom is rapidly digitising Uzbekistan and is by far the biggest player in Central Asia. / wiki
By Ben Aris in Tashkent December 7, 2021

Nothing says “transformation” like mobile phone ownership and in the last five years Uzbekistan has seen an explosion of smartphone sales and telecoms services as the state-owned national champion Uztelecom has invested heavily into its infrastructure and vastly expanded its services to become the biggest player in Central Asia.

The reform of the Central Asian telecoms system began in 1992 when the service was broken up into national companies and the state-owned Uztelecom created. Today the company has 14 regional branches, with eight specialised mobile phone connection specialised subsidiaries selling subscriptions.

The company continues to develop and is one of the most modern companies in the Republic. It has even set up its own institute to train staff and develop the telecoms sector.

Based on a centralised system that handles all the billing and data that employs over 17,000 workers, there are another 5,000 agencies selling telecoms services to the population.

From a standing start, the company has also invested in improving its infrastructure with more than 600 gigabits per second of fibre-optic cable network laid throughout the country. The mobile daughter company, Uzmobile, has set up more than 20,000 base stations that cover almost the entire country. In all Uzmobile has some 8.5mn subscribers in a country with 43mn people, but is not the only player on the market.

“We have prioritised infrastructure development which is the backbone of the business,” says Alisher Shufarov, head of sales and marketing at Uztelecom, in an exclusive interview with bne IntelliNews in Tashkent. “In 2017 there were 2,000 km of new cables, but today there are more than 40,000 km. And we will add another 10,000 km this year alone.”

Overall, Uzbekistan has some 122,000 km of fibre-optic cable, but Uztelecom plans to more than double that figure to 250,000 km as part of its ongoing development plans in the next few years.

“When we get to 250,000 km then we can cover all the needs of our subscribers,” says Shufarov.

The Information and Communications Technology (ICT) Ministry remains the regulator that has distributed over 1,000 licences to telecom service providers and ensures open access to the underlying infrastructure for all the players in the market.

Like everywhere else voice is already in decline when compared to the rise in data volumes that now makes up more than 60% of all the traffic in Uzbekistan.

Uztelecom worked out a development road map with international consultant Deloitte, which is now being implemented. The investment has been funded with Chinese partners, the Japanese Development Bank and the National Bank of Uzbekistan among others.

“Vendors give us equipment on credit and we pay them back in instalments taken from the revenues earned,” says Shufarov. “Of the money being spent 41% went into developing the cable backbone in 2020, 25% into developing fixed line, another 24% into mobile and the rest into data centres in the last two years.”

The proportions changed in 2021, with the share being spent on mobile rising to 26%. Another 25% was spent on broadband and spending on data centres jumped to 23% of the total, while spending on the backbone fell to 8% as that component reaches maturity.

Uztelecom’s main focus is the fixed line business, where there is an extensive investment programme to increase the cable capacity to 1,200 Gb/s this year and then again to 1,800 Gb/s in the next stage.

The data offering from the expansion of broadband means that the number of internet ports will rise from just over 700,000 in 2017, when the reforms started, to 4.6mn by the end of this year. Given that each port serves one family that has on average five members, the expansion will service over 20mn people, or half the country’s population.

The investment and expanding capacity has also brought the price down, which is an important boost to the business, given Uzbekistan still has one of the lowest average incomes in the Former Soviet Union (FSU).

Uztelecom offers all the usual services, including cloud and interactive TV, but Shufarov says they are planning new ones, including “smart home,” digitising business and an AI, as well as doubling the number of internet ports to cover the rest of the population. “By 2024 we will have some 8mn ports and at that point the market will probably be saturated,” says Shufarov.

Revenues from the mobile business are still the company’s best earner, accounting for some 40% of its income, while fixed line makes up another 30%, says Shufarov. The rest of the income is earned from exports of telecom services and co-operation with international partners.

“We export traffic and sell it to other countries as we can transit traffic to our neighbours,” says Shufarov. “We sell internet hosting to Afghanistan and we have two hubs in Frankfurt and one in Moscow. There is a cable that runs from Tashkent data centre and ends in an Afghan port that gives them access to the internet.”

Uzbekistan’s GSM network was launched in 2015 and it has been upgraded in the last few years, says Shufarov. Now the country already has 4G technology and Shufarov says they are experimenting with 5G now, which is in a test stage. The existing mobile network already covers 95% of Uzbekistan urban settlements, but in some of the more remote locations this is not necessary and Uztelecom offers only 4G. Uzbekistan is a vast country the size of Europe, and much of it is desert where there are few settlements, hence the limit on mobile coverage.

As the speed and reliability of the coverage improves the population has been progressively moving over to smartphones, which have a 70% penetration, which in turn has created new opportunities for e-commerce and other online businesses to flourish.

The development of the telecoms network has also specifically targeted the needs of the Mahalla, the local social networks in each neighbourhood of each city that forms the basis of Uzbekistan’s democratic development. Rather than encourage parliamentary political opposition parties the government has invested into this ancient way of organising elected local representation – the Mahalla – that then can take its problems and requests to the local mayor’s office and get them sorted out quickly. Uzbek President Shavkat Mirziyoyev has built up the Mahallas and made them a central part of his political system, designed to deal with the population's problems quickly and easily. Uztelecom has a programme where it provides internet connections to each Mahalla so they have the communications resources to organise.

“We have covered 97% of the Mahallas, mostly with cable, but also with satellite in the more remote regions,” says Shufarov. There are offices and software that allow them to work.”

Focusing on the Mahalla means that more than 10,000 schools and kindergartens as well as apartments in each Mahalla have been connected to the internet – double the number on a year earlier.

Uztelecom is also on the privatisation list but the timing of the sale remains undecided for the moment. But as the leading telecoms provider to the most populous country in Central Asia it will be a very attractive asset when it is put up for sale.

Explainer | Why Tajikistan’s Pamiris don’t trust their government
18 hours ago
Meet the latest Russian tycoon to be promoted to the Premier League
20 hours ago
Ruble falls to below RUB60/$1, putting pressure on the Russian budget in 2022
1 day ago
Belarus announces next stage in “surprise inspection” of its armed forces
1 day ago
Poland expected to avoid hard landing
2 days ago