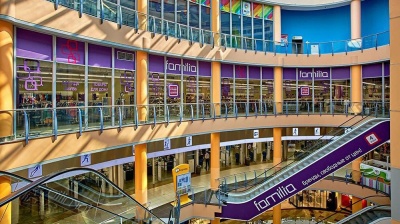 The US has revoked Russia's "market economy" status two decades after Washington first awarded it. That means import duties on Russian goods to the US will jump significantly. / bne IntelliNews
By bne IntelliNews November 11, 2022

The US has revoked its recognition of Russia as a market economy, the US Commerce Department said on November 10, which will see import duties on Russian goods across the board rise.

The US Commerce Department determines the dumping margin, or the extent to which the product is being sold at less than fair value., by comparing the export prices with those in the exporting country as a benchmark, if that country has a market economy. But if the exporting country is deemed to be “non-market”, then the Commerce Department is free to use the prices of the product in any country in the world as a comparison; in effect it can use the highest prices in the world as a comparative benchmark and set the import duties on Russia goods accordingly.

At the same time, the US blocked Russia’s entry into the World Trade Organisation (WTO) for 14 years due to similar objections. Russia finally acceded to the WTO in 2012 and was in the process of opening up its markets to imports when it annexed Crimea a year later and imposed counter-sanctions on the EU agricultural products as part of a tit-for-tat sanctions regime, effectively abandoning the WTO trade rules in the process.

The reversion back to non-market status is the latest in a string of sanctions and other economic punishments on Russia since its invasion of Ukraine at the end of February that has run to nine packages of sanctions.

The Commerce Department said there was "extensive" government involvement in the Russian economy that has once again given its companies an unfair cost advantage over market-based economies and it doubts Russian companies are fairly pricing imports into the US, Reuters reports.

"This decision gives the United States the ability to apply the full force of the US anti-dumping law to address the market distortions caused by increasing interference from the Russian government in their economy," the Commerce Department said in a statement as cited by Reuters.

In a related move, the US has been calling for Russia’s expulsion from the WTO, while Moscow could in theory object to the US decision to remove its market status.

The American Chamber of Commerce in Russia also warned the same day that Moscow is likely to challenge any efforts to strip Russia of its WTO membership in the WTO appeals process.

The US Commerce Department launched an investigation into Russia’s status as a market economy on July 30, citing complaints about sales of Russian urea-ammonium nitrate fertiliser in the United States “at less than fair value”. Russia is the biggest exporter of fertilisers in the world.

“If the decision, in the end, turns out to be unfavourable for Russia, it can challenge it in the WTO,” the American Chamber of Commerce in Russia told Reuters in August.

The change in status is unlikely to have a big impact on Russian trade, as the US accounts for only 4% of Russia’s foreign trade versus some 40% that goes to the EU. Between January and September, the US imported $12.5bn of Russian goods, almost half of the level of a year earlier, according to Commerce Department data.