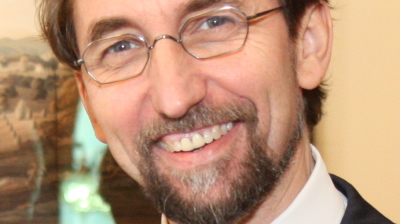 United Nations High Commissioner for Human Rights Zeid Ra’ad Al Hussein is the first such commissioner to visit Uzbekistan.
By bne IntelliNews May 12, 2017

Uzbekistan has taken the unprecedented step of agreeing to work closely with the Office of the United Nations High Commissioner for Human Rights (OHCHR) bringing it into line with the other four Central Asian republics.

At the invitation of the Uzbek government, now under President Shavkat Mirziyoyev who took office last December, Zeid arrived in the country where he received assurances that Uzbekistan intends to engage with the OHCHR’s Regional Office in Bishkek.

“My predecessors visited the four other Central Asian Republics on a number of occasions, but none of us was able to visit this country. When we set up our Regional Office in Bishkek in 2008, Uzbekistan made it clear that the office covered four countries, not five. After my meeting with the President yesterday, we have a clear agreement that our Regional Office will from now on work closely with all five Central Asian Republics, and our Regional Representative, Ryszard Komenda, is here with us today,” Zeid said in a statement.

The visit is especially relevant to Uzbekistan which for the better part of its existence as an independent state has relied on forced labour and child labour for harvesting cotton, something which has been subject to strong criticism from a number of human rights groups. The International Labour Organisation (ILO), however, said in February that the use of child labour had finally been phased out in Uzbekistan.

This and other changes became apparent shortly after Mirziyoyev took office. Forced labour was said to be next on Mirziyoyev's list of priorities to tackle.

Uzbekistan’s tendencies in suppressing media freedom, making arbitrary arrests and cracking down on religious groups are other serious blemishes on the country’s human rights record. Mirziyoyev has moved to make amends for some of the previous president’s actions by releasing many wrongfully imprisoned activists and journalists among others.

The list of the released includes Samandar Qoqonov, dubbed "Uzbekistan’s longest-held political prisoner”, and Muhammad Bekjon, a journalist widely seen as a political prisoner during his near 18 years behind bars.

“I was particularly struck by yesterday’s meeting with members of civil society. Firstly, the attendance was high - some 60 people in all (twice as many people as we were expecting) from different segments of civil society, including some of those most critical of the authorities,” Zeid noted in the statement. “Secondly, several participants expressed very forthright opinions, yet there seemed to be little or no anxiety about the presence of numerous TV cameras, including state television,” he added.

Uzbekistan is notorious for its violations of free speech, as all news outlets in the country are controlled by the authorities and only portray the state narrative. Any dissent met with reprisals from the government during Karimov’s rule.

One participant at the event told Zeid that “this is the first time in 12 years that we have had a meeting like this,” according to the statement.

“On Saturday, we will mark the 12th anniversary of the terrible events that took place in Andijan on 13 May 2005,” Zeid added, referring to a massacre that occurred when the country’s interior ministry and security service troops fired at a crowd of protesters. The official death count was 187, but independent reports claimed more than 1,500 were killed.

Zeid has also suggested that the Uzbek government should adopt “measures to quickly resolve the continuing lack of transparency about what goes in Uzbekistan’s prisons and other places of detention, with the aim of ensuring that torture and other forms of ill treatment are halted once and for all, in line with Uzbekistan’s commitments under the Convention Against Torture.”

The statement, which included a summary of the Uzbek president’s 2017-2021 action plan and a number of other suggestions for the authorities, concluded with Zeid expressing optimism regarding improvements in Uzbekistan.