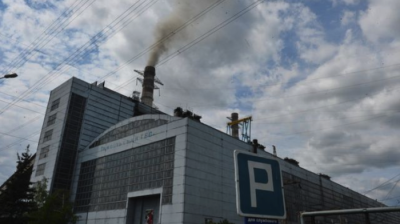 Ukraine's government has appointed a new management team to run its most attractive utility, Centrenergo, but they have been physically barred from entering its office by protestors reportly connected to oligarch Ihor Kolomoisky, who used to control the facility
By bne IntelliNews February 28, 2020

He added that details on the new appointments would be available on the cabinet’s website. Meanwhile, the Strana online outlet reported the next day that that a new Centrenergo top manager was not able to get into the company’s office.

The entrance has been blocked by people reportedly connected to oligarch Ihor Kolomoisky, who used to control the company management, strana.ua reported citing a source in the State Property Fund (SPF). The businessman sponsored President Volodymyr Zelenskiy during the 2019 elections and has been actively trying to retake control at companies he previously controlled including Centrenergo, Privatbank and Odessa Port Plant (OPP) among others.

Thus far, no official information was disclosed on the name of the new Centrenergo top manager, nor about reported unsuccessful attempt to enter the company’s office.

Centrenergo is among the companies that the government has been considering privatising over the last decade. Ukraine was close to selling Centrenergo in late 2018, when it offered its 78.3% stake for a starting price of about $215mn. In December 2018, the government cancelled the privatization tender as two potential bidders for the stake had doubtful reputations.

Earlier this month, Kyiv's business court annulled a ban on possible preparation for the privatisation of Centrenergo. The move followed January's ruling by the same court to ban the company's privatisation. The ruling was published following a lawsuit of Kyiv-headquartered company Ukrdoninvest, controlled by Vitaliy Kropachev, former close associate of the team of ex-president Petro Poroshenko.

In respond, the nation's Prosecutor Office, controlled by President Volodymyr Zelenskiy, opened criminal proceedings on making the deliberately illegal decision to ban the privatisation of Centrenergo by a judge of the business court of Kyiv.

Meanwhile, the State Property Fund (SPF) said in late January, the fund had started the procedure of selecting investment advisors for the privatisation of Centrenergo and is attracting an audit company with an impeccable reputation to conduct an audit of the enterprise for 2019. "In February, procedures to prepare a number of other large facilities for the privatisation will be launched," the SPF said in a statement.

Alexander Paraschiy at Kyiv-based consultancy Concorde Capital wrote in a note on February 26 that the fact that the government decided to remove pro-Kolomoisky top management in Centrenergo is encouraging, as it gives a chance that the company will become profit-oriented and increases probability for its soon privatisation (refer to our September note on risks of Centrenergo which stem from Kolomoisky control).

"News about the blocking of the new top management confirms the suspicions that the previous one did a lot of wrong things in the company. The silence from the government on this incident looks strange and it might indicate that the government is afraid of a public confrontation with 'a powerful oligarch'," he added.

"However, one of the possible explanations for the silence is that the appointment of the new top manager of Centrenergo has not been formalized yet. In any case, we expect that the situation will be clarified in the very near future."