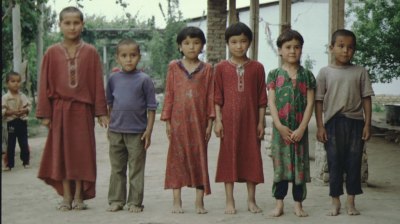 The report raises questions over whether Turkmenistan's ruling autocrats are squandering wealth that should be invested in improving the lot of the country's deprived population - and whether foreign investors want to be associated with the waste.
By bne IntelliNews July 15, 2019

Turkmenistan is “teetering on the edge of catastrophe” and investors should be careful about associating themselves with the isolated Central Asian nation. So says a report issued by British think tank Foreign Policy Centre.

The main author of the report, FPC director Adam Hug, also labelled Turkmenistan as the region’s worst country “in terms of the depth and breadth of repression”, while noting its worsening economic crisis and defining it as an unstable environment for foreign investors.

“The current economic environment combines with deep and longstanding structural problems to create an environment for foreign direct investment (FDI) that is fraught with risk,” the report said. “For example, the lack of available funds and hard currency feed into a major problem of underpayment and non-payment.”

“This has been a major problem for international investors with the Turkmen government and its business subsidiaries prioritising payments on the basis of political connections (including corruption) and strategic importance, leaving some debts for work completed unpaid for years,” it added.

Steering clear of capex
According to the report—to be launched in Britain’s parliament on the evening of July 15—successful businesses in Turkmenistan have tended to be those steering clear of making significant capital expenditure commitments in the country, a nation of 5.7mn which, although it is thought to sit on about 10% of the proven global reserves of natural gas, is an economic basket case that is in the midst of economic turmoil evidenced by passport-based bread rationing, hunger and hyper-inflation.

No opposition party has been permitted to gain a standing of any significance in Turkmenistan, President Gurbanguly Berdimuhamedov’s perpetuates a personality cult (a golden statue of him atop a horse was unveiled in Ashgabat), while there has been a huge exodus of Turkmen determined to flee their country, now constrained by new bars placed on those permitted to go abroad.

That includes firms not reliant on sustained market stability and access to it to obtain a return or companies providing services essential when it comes to the Turkmen government extracting revenue for itself. One example listed by the report is the farming equipment manufacturer John Deere. The company has had a longstanding relationship with the ex-Soviet state, including a current phased deal due to export 1,350 combine harvesters, tractors and ploughs.

The foreign investment system is reliant on working with Turkmen government officials both formally and via informal legal and illegal channels, the report observed.

“It stands at the level where the Berdimuhamedov regime [has a] practice of regularly and repeatedly reprimanding, sidelining and shuffling officials, from senior ministers to junior functionaries, in order to blame them for the governmental failings [and it] creates a fundamental instability for interlocutors,” the report said.

The situation, in turn, creates instability and political risk for most firms, and adds to opportunities for corruption, the report said.

Money funnelled for ‘Turkmen Autobahn’
The report also notes that relatives of the ruling family, who enjoy lavish lifestyles, have been seen to benefit from state expenditure. As an example, the report says that at least $2.3bn is being spent on a ‘Turkmen Autobahn’, an eight-lane motorway between the capital Ashgabat and Turkmenabat, despite the country’s economic crisis. The money is allegedly being funnelled via a consortium of four companies, one of which is being run by the president’s brother-in-law and his nephew. Another company is run by a former construction minister. The joint venture firm is being supported by Austrian technical advisers Vienna Consulting Engineers (VCE).

“The business climate is characterised by structural economic problems and general economic mismanagement, with the prioritisation of vanity projects over core investment and a near-total absence of checks and balances on presidential decision-making,” one of the authors of the report, Eimear O’Casey, an analyst from Control Risks, writes.

The FPC’s report stands in stark contrast to economic reviews of Turkmenistan compiled by international observers, including officials of the International Monetary Fund (IMF). In a review last year, the IMF failed to point out, for example, President Berdimuhamedov’s dubious spending habits. Despite his country’s economic mess, the Turkmen leader has unveiled Turkmenistan's first golf course, a designer 18-hole attraction in a country where golf is virtually unheard of. Turkmenistan also spent $10bn on hosting the 2017 Asian Indoor and Martial Arts Games, which turned out to be another vanity project—the preparations for the Asian Games included a $2.3bn falcon-shaped airport.

All of this was happening amid the country’s commitments to fund 85% of the construction costs for the $10bn Turkmenistan-Afghanistan-Pakistan-India (TAPI) natural gas pipeline, the construction of which has just entered its Afghan phase.

Last week, EU’s foreign policy chief Federica Mogherini was in Ashgabat to announce the opening of a diplomatic mission, but she made no mention of human rights concerns.

Lack of contractual sanctity
Turkmenistan is already known for lacking contractual sanctity. Several reports from recent years have indicated companies waiting in vain for payment on completed projects. O’Casey mentions several examples of this economic ill. One involves a Turkish construction company, which filed a claim in October 2018 with the International Centre for Settlement of Investment Disputes (ICSID) following Turkmen authorities’ failure to pay for residential and school building work. Another case involves a German firm that filed a claim in the same month over lack of payment for construction of grain elevators.

“Lack of recourse”
“A lack of recourse to justice within Turkmenistan compounds these problems. The judiciary does not uphold contractual sanctity,” O’Casey added. “Judges are subject to pressure and direction from the executive, and are likely to rule in favour of the government rather than a foreign entity in almost all instances. Furthermore, limited understanding of commercial law undermines their ability to properly judge a commercial dispute.”

“Most of these challenges directly stem from the highly controlled political environment and the predominance of informal approaches to regulation and economic decision-making, features of the landscape that show little sign of lessening in the years ahead,” this segment of the report concluded.

FPC has its origins on the centre-left of British politics. It was founded in 1998 by then British foreign secretary Robin Cook.

Romania’s average net wages posted an impressive 11.9% annual advance to RON3,561 in April - but the outstanding performance is largely due to low base effects.