Turkmenistan has completed the construction of an 88km-long stretch of a Turkmenistan-Afghanistan-Tajikistan railway line, which aims to break the transport blockade of Tajikistan imposed by Uzbekistan. Turkmenistan also intends to build a 38km section of the line in northern Afghanistan.

Tajikistan is building what will become the world’s tallest dam and has been cut off by rail and road by Uzbekistan, which fiercely opposes the construction of the Rogun dam, fearing it will starve its cotton industry off much-needed water. Uzbekistan's blockade is designed to prevent construction materials from reaching the dam via its territory. Dushanbe is now encountering problems with importing construction materials for the dam as air shipments make them prohibitively expensive. The solution is, in Dushanbe’s opinion, the Turkmenistan-Afghanistan-Tajikistan railway that bypasses Uzbekistan. 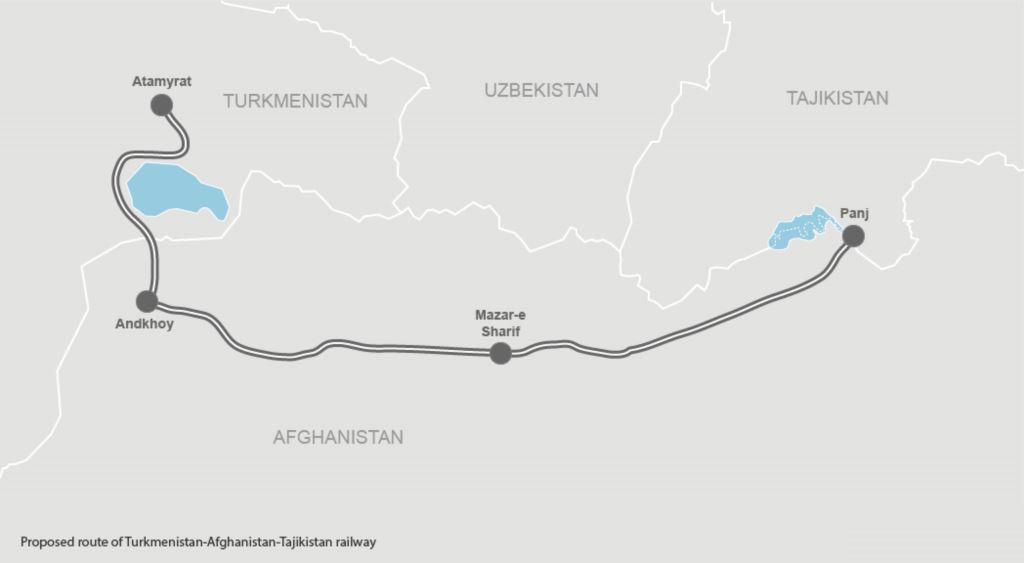 Turkmenistan's state-run TDH news agency reported that the Atamyrat-Ymamnazar-Akina section was completed in October, and works to build two bridges and two railway stations along the line were currently underway. “The Turkmenistan-Afghanistan-Tajikistan railway line aims to become an important link in international transport shipments and stimulate trade links between regional countries,” TDH explained.

Turkmenistan embarked on the implementation of the Asian Development Bank (ADB)-sponsored rail project in June 2013. The bank pledged $2bn for the project.

All three countries are at loggerheads over the route of the railway line in Afghanistan: in order to keep transit costs as low as possible, Dushanbe wants the Afghan section to be as short as possible, while Kabul regards the project as an opportunity to develop infrastructure and better transport connections in the country’s north.

According to Asia-Plus, Tajikistan proposes a route stretching for 160km in Afghanistan, while the latter wants it to be 200km long.

Tajikistan's attempt to break the blockade by Uzbekistan by building the Turkmenistan-Afghanistan-Tajikistan railway follows other major rail projects in the region.

Turkmenistan and Kazakhstan have so far been successful in building overground transport links to connect to the outside world and tap into their transport potential. In December Kazakh President Nursutlan Nazarbayev, Turkmen leader Gurbanguly Berdymukhamedov and Iranian President Hassan Rouhani opened the new Ozen-Gyzylkaya-Bereket-Etrek-Gorgan railway line on the Turkmen-Iranian border. The new line will enable Turkmenistan and Iran to link to China via Kazakhstan and Kazakhstan and China to link to the Middle East and Turkey via Iran and Turkmenistan.

China, Kyrgyzstan and Uzbekistan have long mulled the construction of a railway line to connect China’s Kashgar with Uzbekistan’s Andijan via Kyrgyzstan. China and Uzbekistan proposes an almost straight route to link Kashgar to Kyrgyzstan’s Osh, which is across the border from Andijan. However, Kyrgyzstan wants the route to connect its northern and southern parts which are separated by mountain ranges.