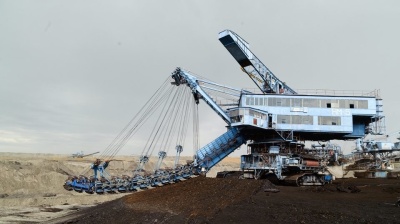 The solar park is located near Matrai Eromu's lignite mine
By bne IntelliNews February 19, 2019

The power plant was completed from a HUF5.2bn (€16.3mn) investment and will have a maximum capacity of 20 Mw. The construction was completed in a record five months.

Solar energy in Hungary's accounts for 0.5% of the country's annual electricity production, but that could grow substantially with the construction of new facilities. There are some 3,000Mw capacity solar projects in the pipeline.

The second largest photovoltaic power plant is operated by MVM Hungarowind, the subsidiary of state-owned electricity giant MVM. The company is investing heavily in solar energy with the aim of becoming the largest producer in the country.

MVM Hungarowind began the construction of 110 solar power plants scattered evenly across the country. The solar parks, with a total built-in capacity of 100Mw, are expected to start commercial operation before the end of 2019.

The solar park in the small town of Bukkabrany sits at a retired coal ash landfill on 33 hectares. With 64,000 solar panels with a capacity of 355 watts each, it secures the energy needs of 4,000 households. Commercial operations are scheduled to start on April 1. Before that, it will supply the local mine. One-quarter of the investment cost came from the company's own resources and the remainder from bank loans.